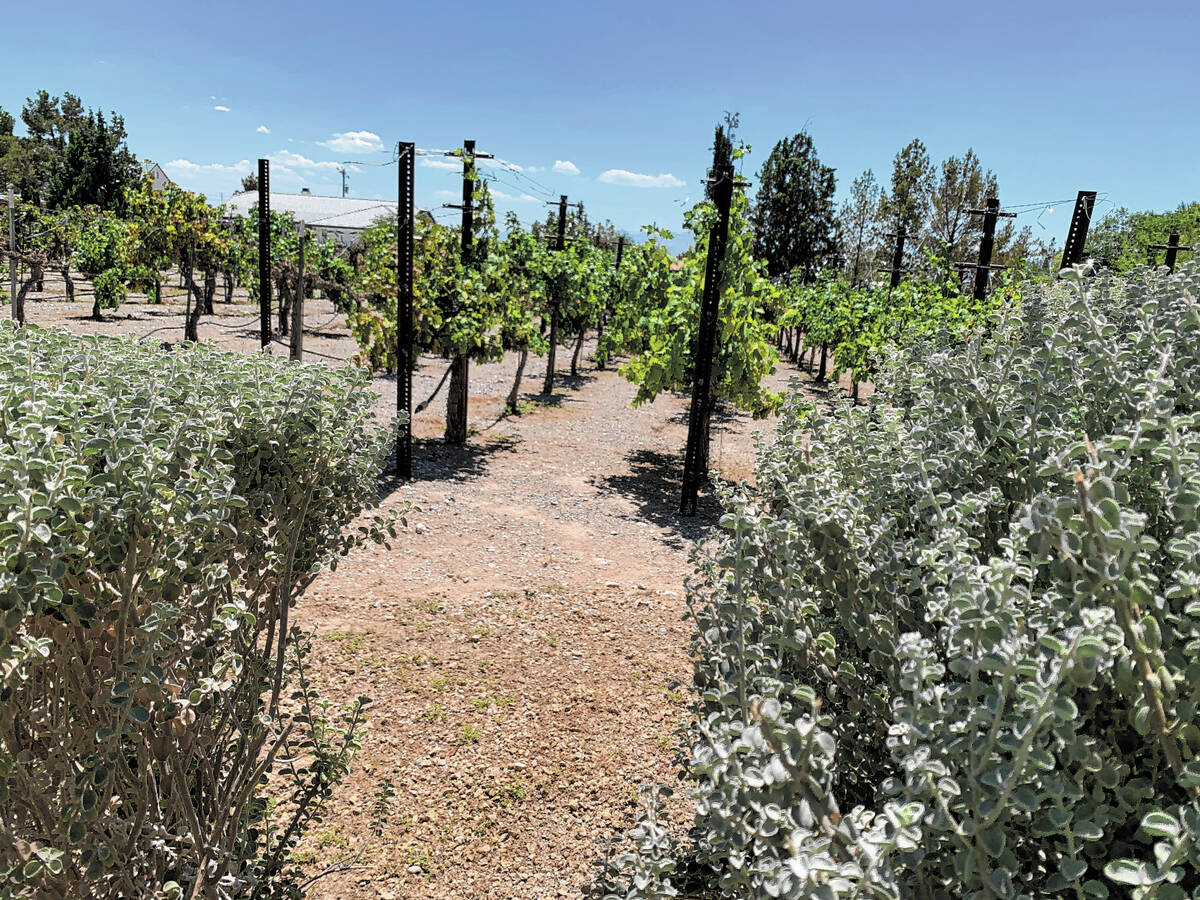 (Brent Schanding/Pahrump Valley Times) Grapes linger on the vine in 103 degree-heat at Pahrump Valley Winery on Tuesday, July 19. While grapes are some of the most drought-tolerable crops, they aren't invincible and extended periods of high stress can cause vines to eventually stop producing fruit.

Pahrump’s KPVM-TV is reporting that the Pahrump Valley Winery is closed for business as of Monday, Jan. 16.

Though the winery’s doors were open and employees were on site as of Tuesday, Jan. 17, the business is not serving food or alcohol. The winery is believed to be transitioning to new ownership, which plans to rebrand, restructure and reopen with a new name once it receives the proper licenses.

Nevada Wine Cellars Inc., which operates the local winery at 3810 Winery Road, reported that it owed more than $1 million to its creditors, including $9,153 to the Nye County Treasurer’s Office, according to a document filed on Jan. 31, 2022 in a Las Vegas court.

Under Chapter 11 bankruptcy protections, the company is permitted to reorganize the debt it owes and restructure under new operating plans.

The company did not indicate in its filing, however, if it would submit a plan to continue to operate, or pursue a possible sale or closure of the winery and its facilities in Pahrump.

In August of 2020, the winery’s liquor license was briefly revoked after county officials ruled that it had been operating without one following its sale to the new owners back in 2019.

At the time, John Hobbs was listed as president of Nevada Wine Cellars Inc., while Kathy Trout was listed as the company’s treasurer.

The Pahrump Valley Times reached out to Trout on Tuesday, but she was not available to talk about the matter.

In addition to its wine production and retail operations, Pahrump Valley Winery maintained an onsite restaurant and leased its facilities for weddings and other events.

The winery opened in 1990 and has won nearly 400 national wine medals since its founding.

In fall of 2018, Pahrump Valley Winery completed a $1.7 million expansion that added more than 7,000 square feet to its facilities.

The expansion also ushered in fully automated production and bottling, which increased production capacity of its local wines from 9,500 cases annually to a potential 40,000 cases.

This is a developing story.