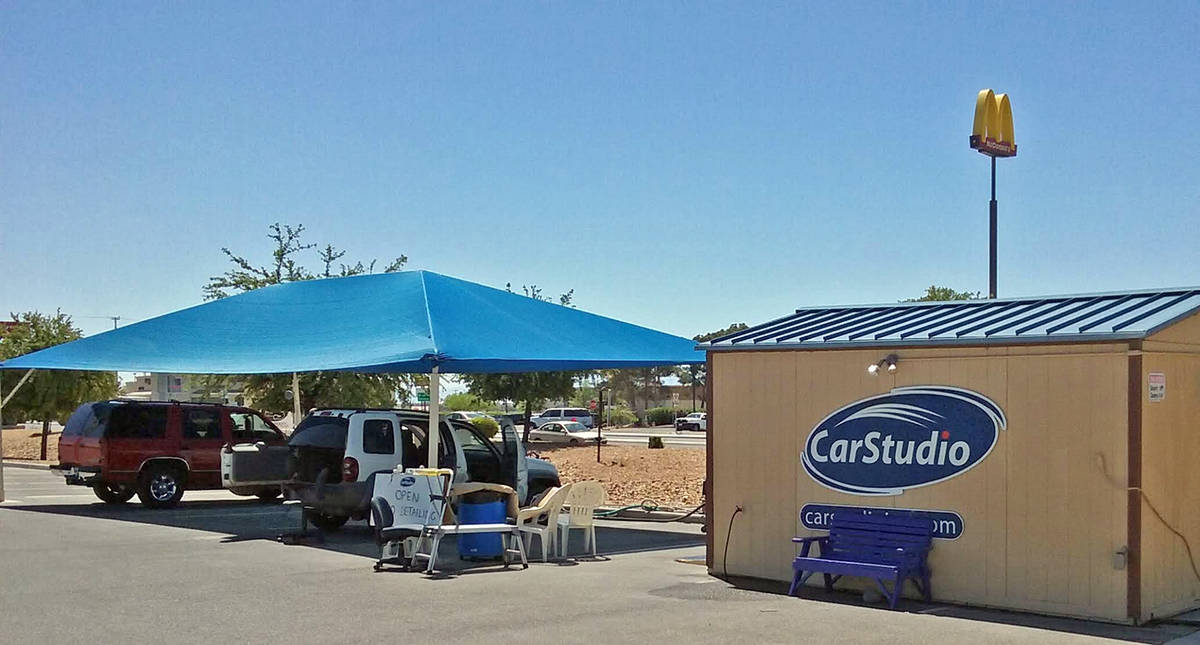 Special to the Pahrump Valley Times Car Studio car wash, which had stood in the corner of the Pahrump Nugget parking lot for 10 years, has now closed down. 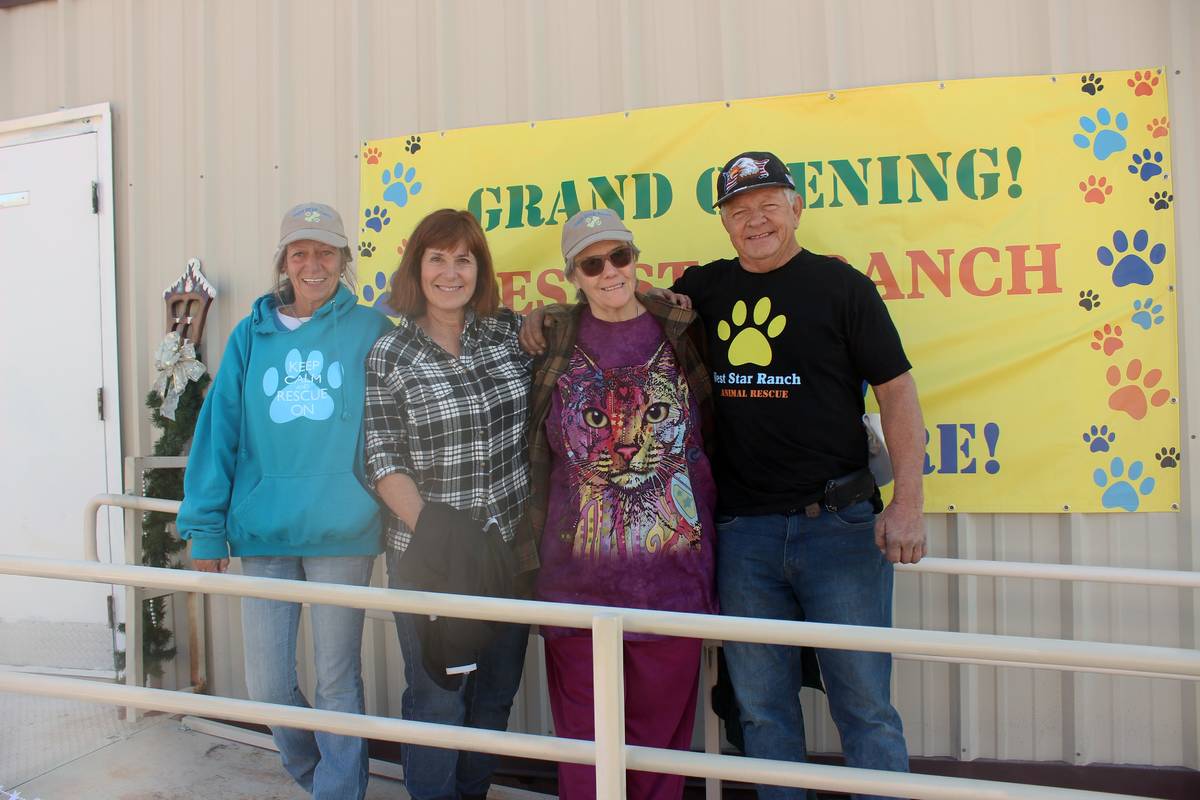 Jeffrey Meehan/Pahrump Valley Times In this file photo, Terry Dougherty, at right, is shown standing in front of a grand opening sign celebrating the opening of the West Star Ranch Animal Rescue Thrift Store. Now that Dougherty has closed his Car Studio business, he will be dedicating all of his time to the operations at the ranch.

When driving down Highway 160 in the last few weeks, if residents have noticed that it seems as if there is something missing, that’s because there is.

Car Studio, which had stood in the far southwestern corner of the Pahrump Nugget Hotel and Casino parking lot for the last 10 years, is now gone, closing up shop and vacating its longtime location last month.

Car Studio owner Terry Dougherty said he is sad to see the car wash go but with circumstances as they are, it was simply time to move on from that part of his life.

Dougherty had been in the car washing business for nearly three decades, getting his start in 1993 with Pahrump Valley Mobile Detailing. In 2002, he established Car Studio, which began operations in the Smith’s grocery store parking lot. By 2009, Dougherty moved the car wash to the Pahrump Nugget parking lot, where it remained until this May, and as he noted, in that time, it had become something of a local landmark.

Now, Dougherty has made the difficult decision to close up shop and he explained that there were several factors involved in that decision. It will come as no surprise that part of the reason for the closure was the COVID-19 pandemic, but both weather and Dougherty’s other life’s passion, West Star Ranch Animal Rescue, played their part as well.

“As you might guess, COVID brought the business to a grinding halt, but a freak windstorm last winter brought down the awning and ended the car wash with a howl, rather than a whimper,” Dougherty explained, also remarking, “I’m reluctant to close it down, it has been one of my passions for the last 28 years. I have a heavy heart, but physically, I can’t deal with the car wash and the challenges of managing the animal rescue at the same time.”

Anyone who knows Dougherty will know, now that he no longer has to divide his time between West Star Ranch Animal Rescue and Car Studio, he can provide extra attention to the critters and the ranch, which is flourishing more than ever.

“I am excited about the progress that’s been made at the ranch. I’m currently working on adding a ‘cat house’ which will be solar powered and will house our adoptable cats, enabling one-on-one interaction with prospective families and our wonderful felines,” Dougherty told the Pahrump Valley Times.

In conclusion, he stated, “Throughout the years, my crew and I provided great service and enjoyed the time spent chatting with locals and travelers alike, who patronized the Car Studio business. Myself and Alex Salizar, the last and best manager of the car wash, will always remember the folks at the Pahrump Nugget with fondness and appreciation for allowing them to operate Car Studio in their little corner of the parking lot. I’d like to thank my loyal customers, the community, and the Pahrump Nugget for 10 years of great memories. See you at the ranch!”