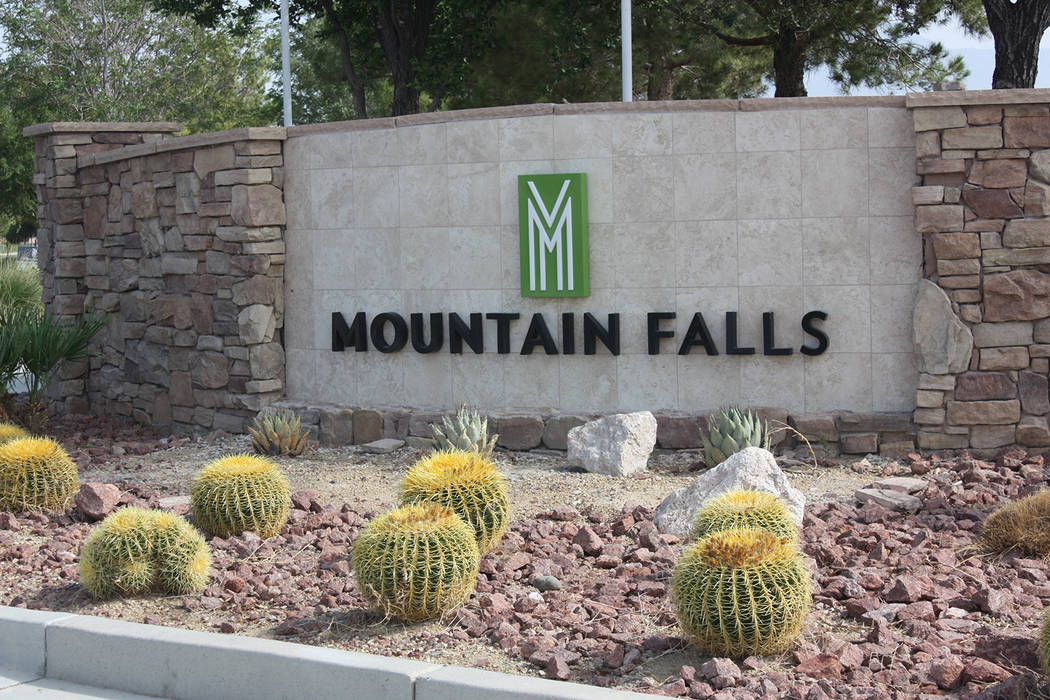 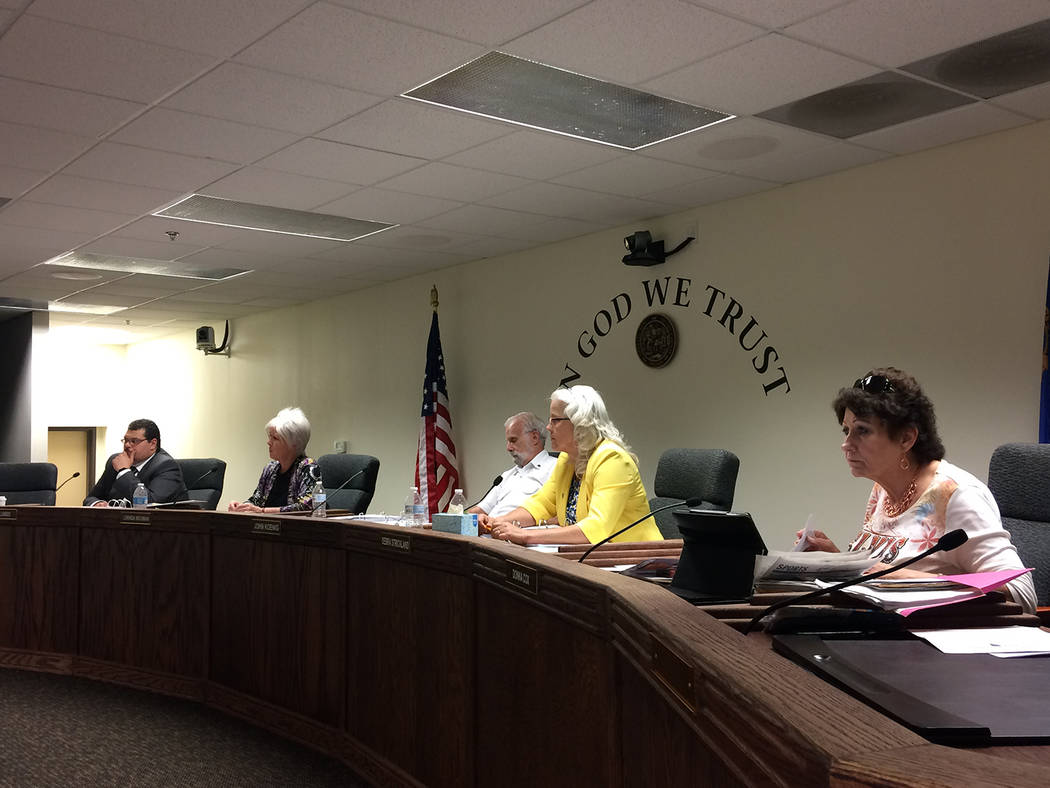 After delaying a request for approval for a tentative subdivision map for Mountain Falls, the Nye County Commission readdressed the item at its July 16 meeting, eventually giving the tentative map the green light with a 4-1 vote.

The tentative subdivision map encompasses just under 14 acres that will include a total of 52 new single-family residential lots. According to information provided with the agenda item, the 52-home map constitutes the completion of the mapping of the area within the master-planned community known as Paradiso Villas.

Ed Taney, with Taney Engineering, appearing on behalf of the developer William Lyon Homes, headed up that item, as well as a separate item regarding a status update on the overall development, which the commission addressed first.

At the initial meeting in which the tentative subdivision map was set to be discussed, there had been some concerns expressed about water usage in the master-planned community and the status report included details on that subject.

“To explain a little further in-depth than what is indicated on here (status report), I have Jim Wulfenstein, owner of the parcel of the tentative map… here and he was telling me about this before the meeting. The original water rights are non-revocable and they came from the farmland… The water rights are non-revocable and they will suffice for all 3,200 units in the master plan,” Taney said.

Also touching on the ever-present water concerns in the valley, the status update report on the development outlined a number of water conservation methods that are reported as being utilized in Mountain Falls, such as effluent being used to water the golf course.

The development agreement between Nye County and William Lyon Homes, which does not expire until 2030, allows for a total of 3,200 homes to be built. Taney explained that the master-planned community has seen just over 1,000 homes sold to date, with about 1,400 total units mapped.

During the meeting, certain commissioners, as well as members of the public, expressed their desire to see the developers come to the table in the future for discussions about possibly increasing subdivision lot sizes, as well as assisting with maintenance on the roads that increased subdivision traffic would impact.

Following the report presentation, Nye County Commissioner Debra Strickland highlighted some of these worries, specifically honing in on the lack of impact fees for roads and parks.

“We all know that this particular agreement was not to the very best interest of Nye County on a lot of factors. You have a remaining 2,153 homes to go and of those, there will be impact fees that we will not realize,” Strickland stated. “Those impact fees are in regard to roads and parks and between the two of them, they amount to $3.64 million through the build-out of this development.

“Don’t get me wrong, Pahrump loves your development, Nye County loves your development but, you’re going to want your roads rebuilt around your facility in the future,” Strickland continued. “I would like to see you and those you represent come back to the table to us and start thinking about how you’re going to help this community maintain the roads that are coming to your facilities. Because unfortunately, I don’t know how we’re going to do it.”

Taney said he would be sure to convey that message to William Lyon Homes.

Strickland made the motion to approve, which was seconded by Commissioner Lorinda Wichman. The final vote was 4-1 with Nye County Commission Chairman John Koenig the sole voice against.