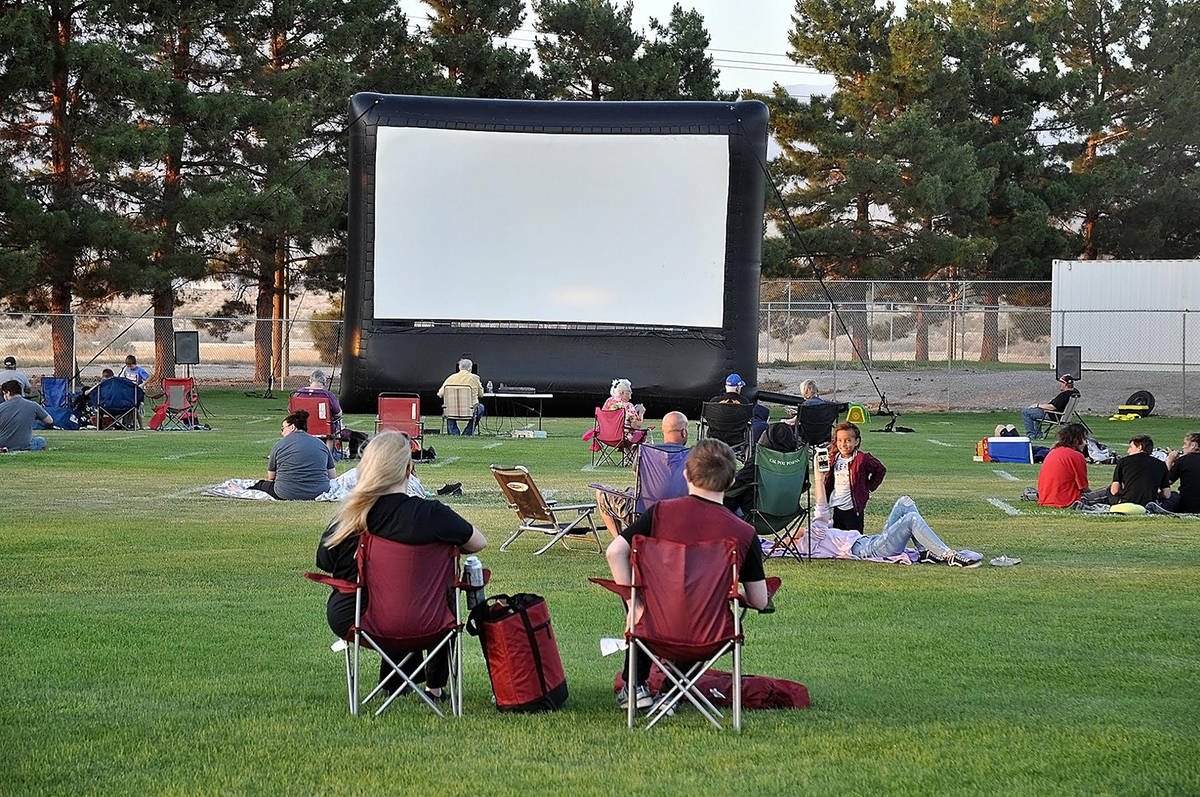 Horace Langford Jr./Pahrump Valley Times Taken Saturday, June 6, this photo shows attendees gathering at Ian Deutch Memorial Park for Movies in the Park, with "A Beautiful Day in the Neighborhood" scheduled to be shown. 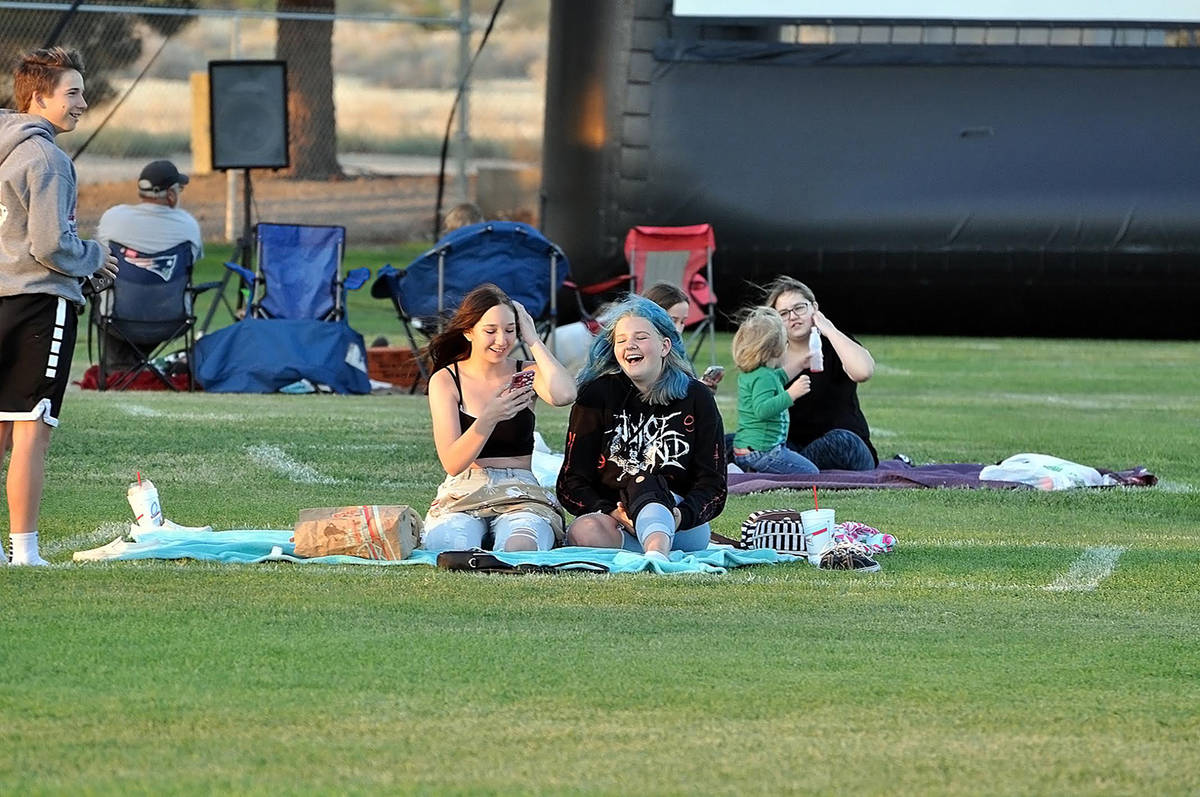 Horace Langford Jr./Pahrump Valley Times Beaming smiles and laughter were spotted throughout the park during Movies in the Park on June 6 as residents celebrated the chance to get out of the house and do something fun. 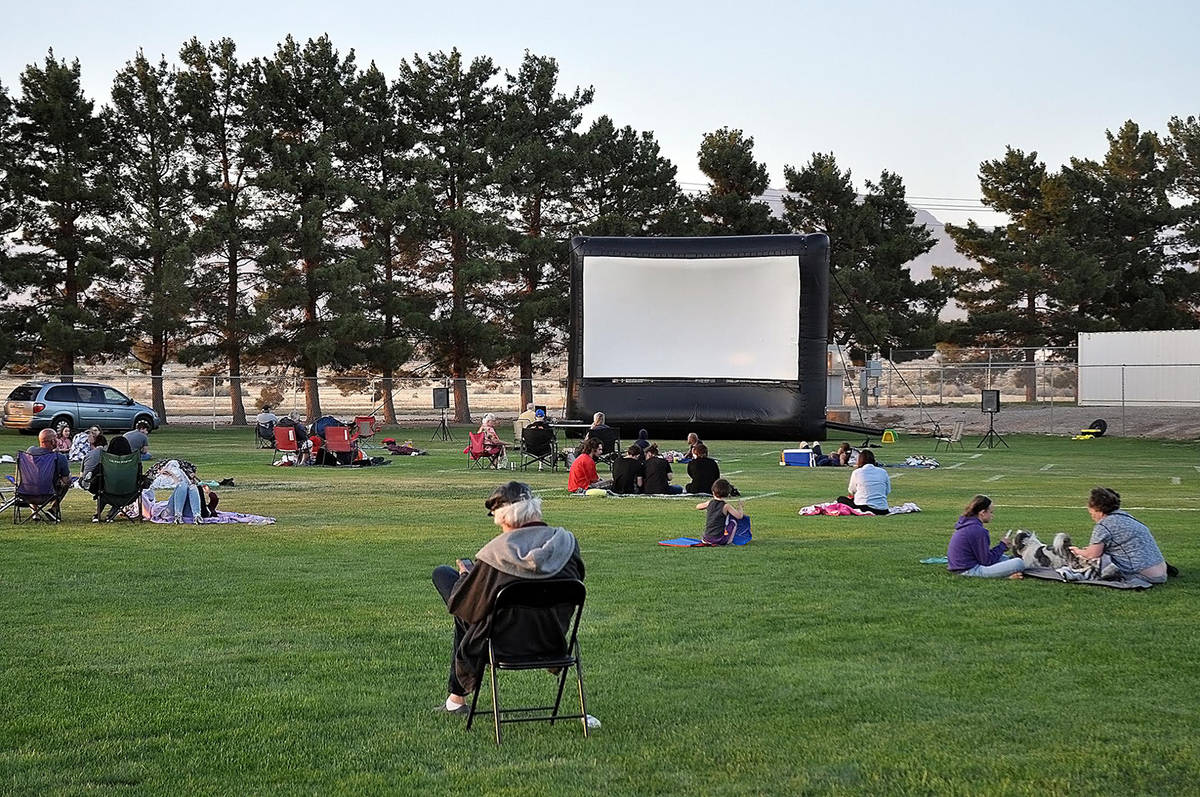 Horace Langford Jr./Pahrump Valley Times The films at Movies in the Park are projected onto a large inflatable screen, as seen in this photo. 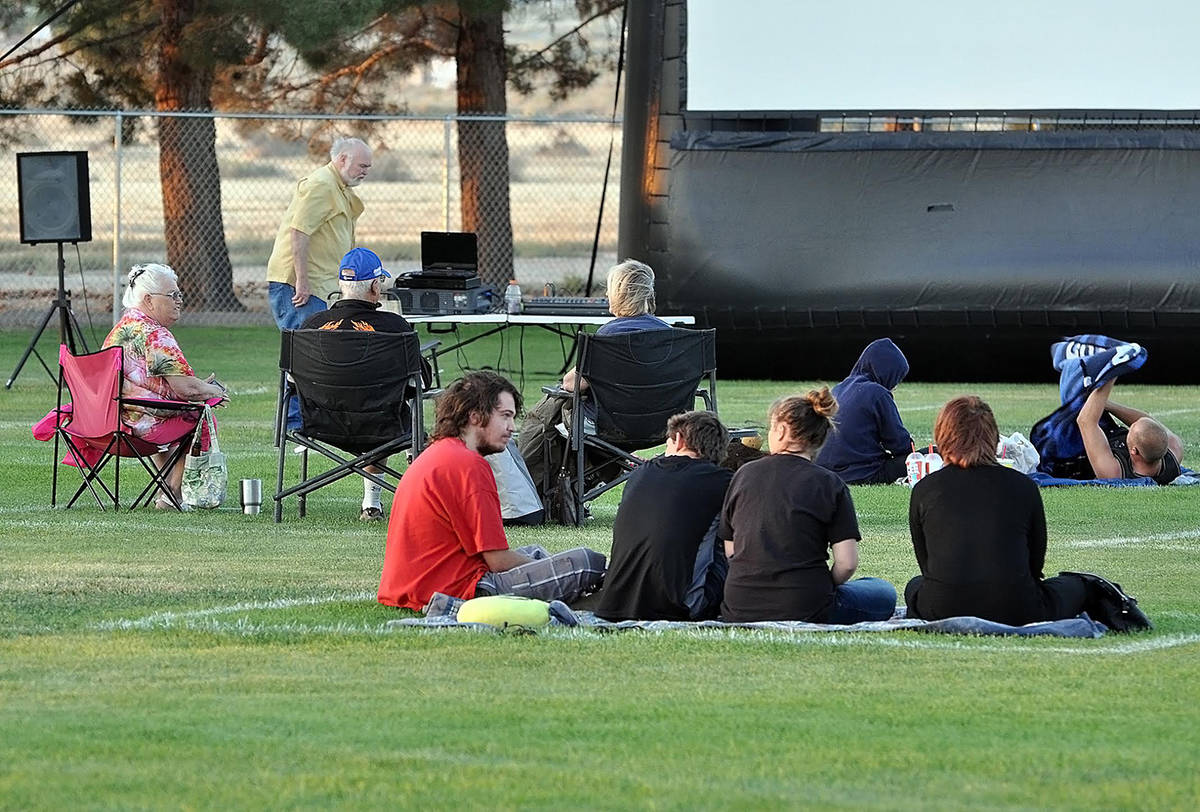 Horace Langford Jr./Pahrump Valley Times Movies in the Park attendees are encouraged to observe social distancing, with 10-foot-by-10-foot squares marked out on the grass to keep groups at least six feet apart.

In light of the continued COVID-19 pandemic, public events are quite scarce these days but for residents of the town of Pahrump, nearly every weekend into August comes with a chance to round up the family, grab some blankets and lawn chairs and head out to Ian Deutch Memorial Park for an evening of cinematic entertainment at Movies in the Park.

The town-funded Movies in the Park initiative has provided summertime fun for more than a decade and over the years it has grown to become a much enjoyed activity, attracting hundreds of attendees on a regular basis. While attendance for the 2020 season thus far has fallen short of previous years’ figures, there are still dozens upon dozens turning out to watch the films selected for the event, almost all of which were released less than a year ago.

Of course, with crowds comes the necessity for social distancing and this is something the town has prepared for, with a series of spaces emblazoned on the field at Ian Deutch Memorial park, each consisting of 10-foot-by-10-foot squares painted on the grass. Town officials reported that people have been adhering to the social distancing requirements and the 2020 Movies in the Park season has been proceeding successfully.

“Overall, things went very smoothly,” Pahrump Buildings and Grounds Manager Jimmy Martinez told the Pahrump Valley Times following the opening weekend of Movies in the Park, which took place May 30 with a showing of “Toy Story 4”.

Martinez noted that there were approximately 160 attendees this first Saturday, with family groups observing social distancing by setting up their spaces within one of the 30 marked off areas.

Movies in the Park continues this Saturday, June 13 with the highly popular film “Frozen II”. The following Saturday, June 20, will feature “A Dog’s Journey”. On June 27, the featured movie will be “Playing with Fire”.

Movies in the Park will then take a break on July 4, when the town will instead be hosting its annual Fourth of July fireworks spectacular at Petrack Park.

On July 11, attendees will be treated to the animated film “Abominable”, followed by “Pets 2” on July 18, the newest version of the “Lion King” on July 25, “Small Foot” on August 1 and “Sonic the Hedgehog,” which was just released earlier this year, on Aug. 8.

The town of Pahrump is also seeking nonprofit organizations that are able to run the snack bar at Ian Deutch Park, to provide concessions to those attending Movies in the Park while also capitalizing on the chance to earn some funds.

“The town of Pahrump is requesting any nonprofit organization interested in running the snack bar during Movies in the Park events to attend the Pahrump Parks and Recreation Advisory Committee meeting on (Wednesday) June 24, 2020 in the Bob Ruud Community Center, main hall, at 6:30 p.m.,” an advertisement from the town reads.

In the meantime, the snack bar is to remain closed so those heading out to Movies in the Park for the next two Saturdays will want to make sure to bring along their own goodies to devour while watching the featured films. Attendees are reminded that barbecues and fires are not permitted.