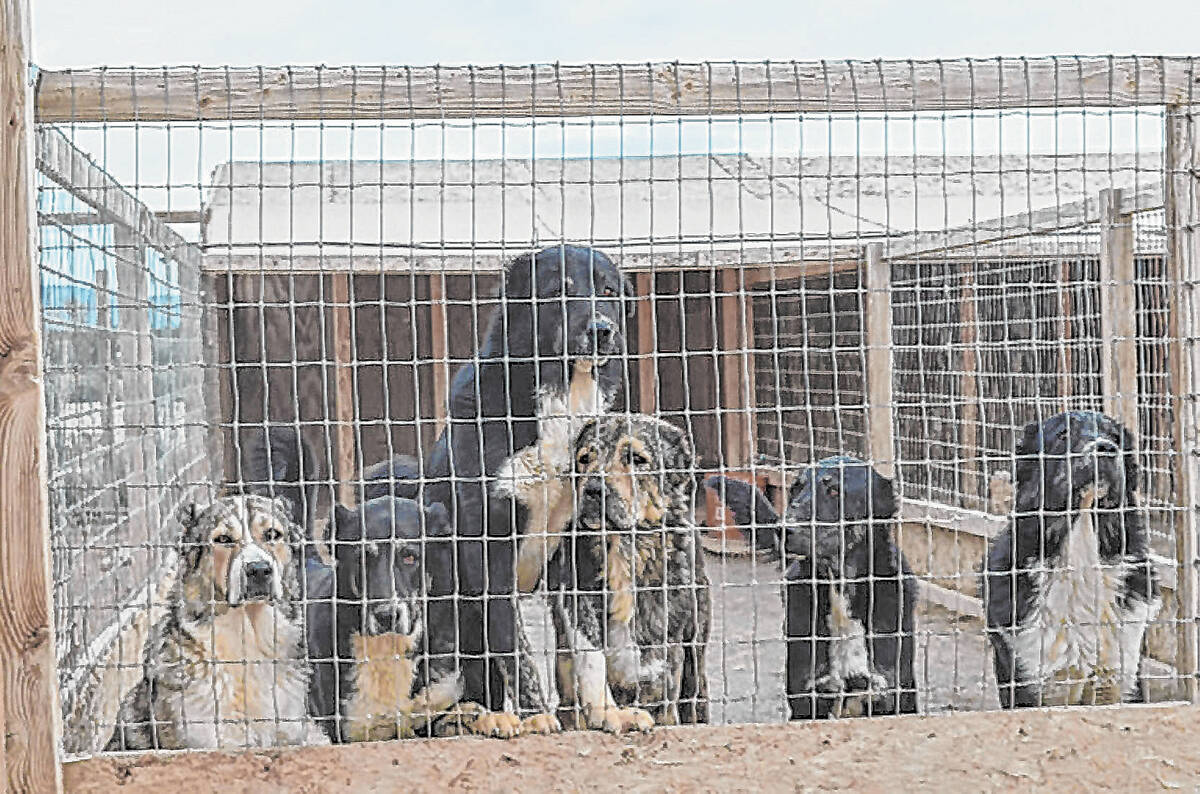 A file photo from 2017 shows some of the more than 100 dogs Oskana Higgins and Vasili Platunov housed in a kennel in Pahrump. The pair were arrested for animal cruelty and neglect on Aug. 22, 2022. (Special to the Pahrump Valley Times) 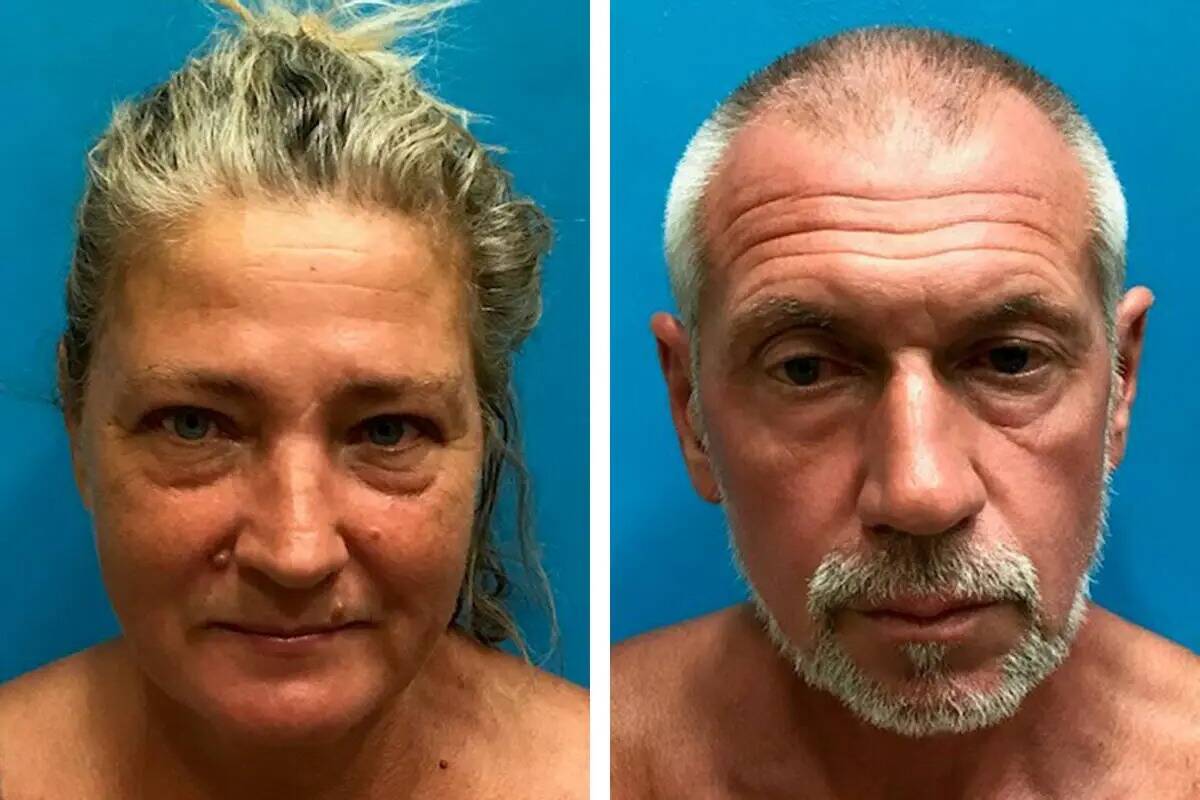 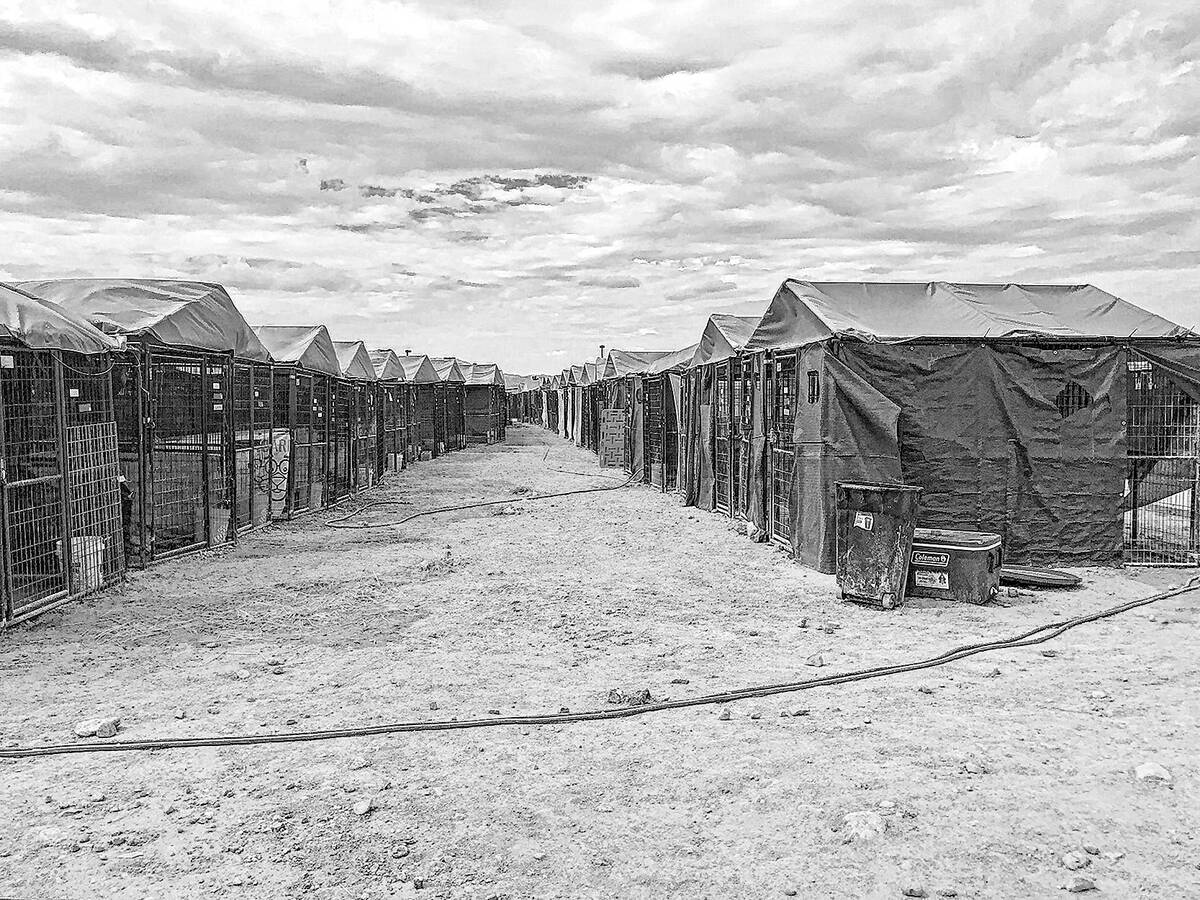 The Nye County pair accused in one of the largest animal cruelty cases in the state’s history pleaded not guilty on Monday in Beatty Justice Court.

Oskana Higgins and Vasili Platunov face five counts of animal abuse and neglect after nearly 300 dogs were seized in August from their Amargosa Valley and Pahrump kennel and breeding operations. Many of the dogs were reported to be in “vile” condition and received medical care through help from the ASPCA and a number of other animal advocates and volunteers.

As of Tuesday, more than $75,900 had been raised through a GoFundMe drive to provide aid for the care of the dogs, which are now in the custody of the county’s animal control office. Most of the dogs were transported to the county’s new 19,000-square-foot animal shelter in the days following the raid.

An attorney for Platunov told KPVM-TV in August that Nye County animal control officers were supposed to be helping and overseeing the couple to relocate several dogs from the pair’s facility in Pahrump to a new site in Amargosa, following complaints from neighbors about the smell and noise from their facility in town.

“If animal control is there supervising this move and this operation, why is it they didn’t notice anything?” Tom Gibson, the attorney for Platunov told KPVM on Monday. “The county has a lot of explaining to do too — especially animal control and the sheriff’s [office].”

A preliminary hearing for Higgins and Platunov is set for Oct. 24 in Beatty Justice Court.

Judge Gus Sullivan is presiding over the case.