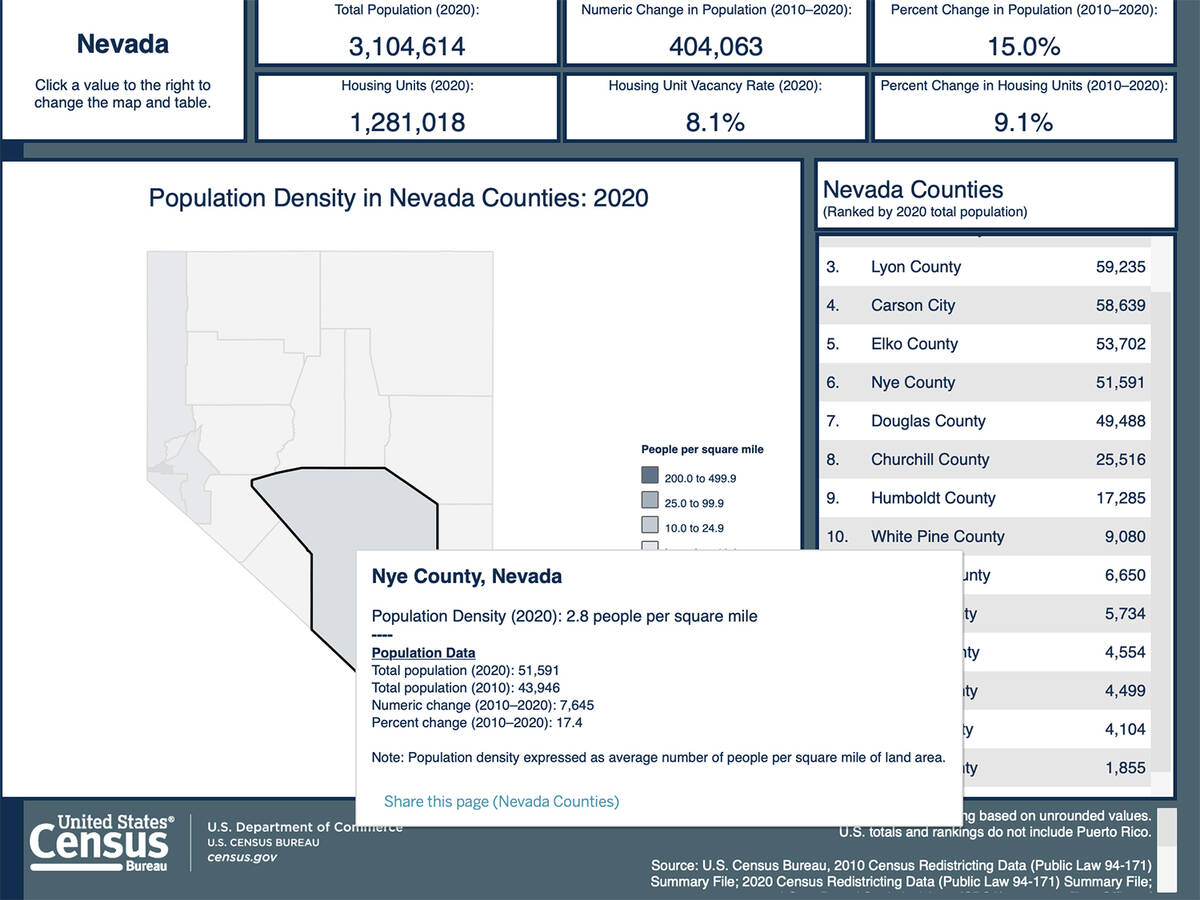 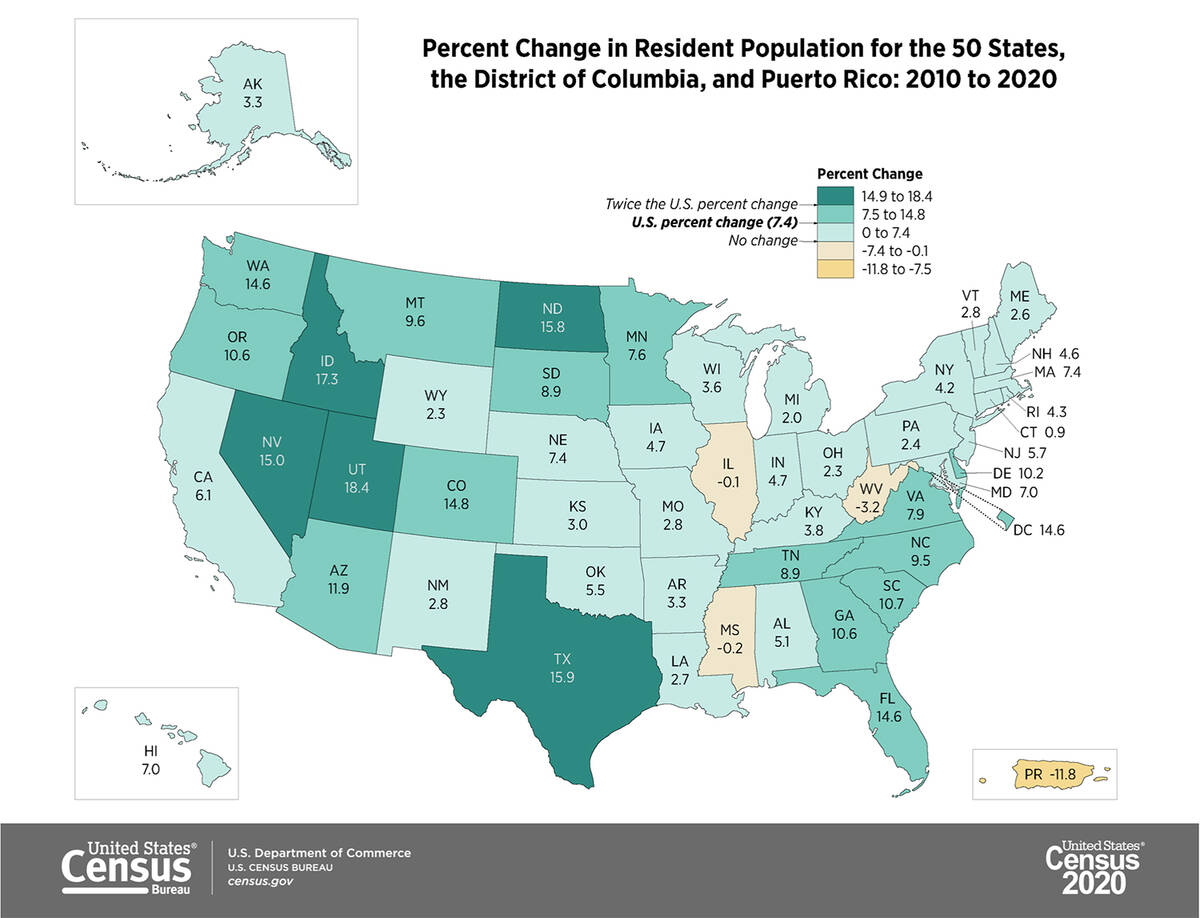 Special to the Pahrump Valley Times Provided on the Census website, this map shows the population changes in states all around the nation. Nevada was the one of the fastest growing states between 2010 and 2020.

The 2020 census was conducted last year and after many long months of awaiting the results, the new population figures for states, counties, cities and towns all around the United State have now been officially released. According to the data from the decennial census, Nye County and Pahrump have both seen an upswing in population over the past 10 years while several other communities in the county have experienced population declines.

Nye County’s official population now stands at 51,591 residents. When comparing this to the last two figures from the previous two censuses, a steady trend of increased population can be seen, with the 2010 census reporting 43,946 and the 2000 results detailing just 32,512 people in Nye County.

Outside of being an indicator of growth, Nye County’s new population figure will have an impact on the way the county operates in the coming years, as the population reaching higher than 50,000 means that Nye County must now follow a whole host of laws to which, prior to the 2020 census results, it was not required to adhere. When asked for information regarding which laws Nye County will now be subject to, Nye County Manager Tim Sutton said the Nye County District Attorney’s Office was currently working to determine these details, which will be shared with the community once they have been nailed down.

As for the town of Pahrump, it remains the population center of Nye County, containing more than 85% of the county’s overall residents. The results from the past three censuses also show that Pahrump continues to grow at a fairly steady pace, with 2000 census results detailing a population of 24,631, the 2010 census reporting 36,441residents and the 2020 results showing 44,738 residents.

However, a majority of Nye County’s towns appear to have seen a dip in population over the last 20 years, including Beatty, Tonopah and Gabbs.

Beatty has been experiencing a slow downward trend in its population in the past two decades, with the 2000 census recording 1,154 people, the 2010 census showing a decrease to 1,010 and the 2020 coming in at just 880 residents.

As for Amargosa and Round Mountain, previous census results were difficult to find, with the data available on www.CensusViewer.com failing to provide past population counts for these two communities. However, Nye County officials were able to provide the State Demographer Governor’s Certified Population Tables, which, though reflecting slightly different numbers than the results of the census, gives an idea as to what direction the population of these towns is headed.

As detailed by the 2020 census, Amargosa Valley is currently comprised of 1,064 residents. The state demographer’s information shows that Amargosa’s population has swung both up and down over the past 20 years, with the 2000 population pegged at 1,165 and the 2010 population reported at 1,492.

A wide array of other details are available from the 2020 census, including the breakdown of populations by age, race, gender and more.

Occupancy rates, median household income and other facts can also be found in the 2020 census results. To view these details visit www.census.gov