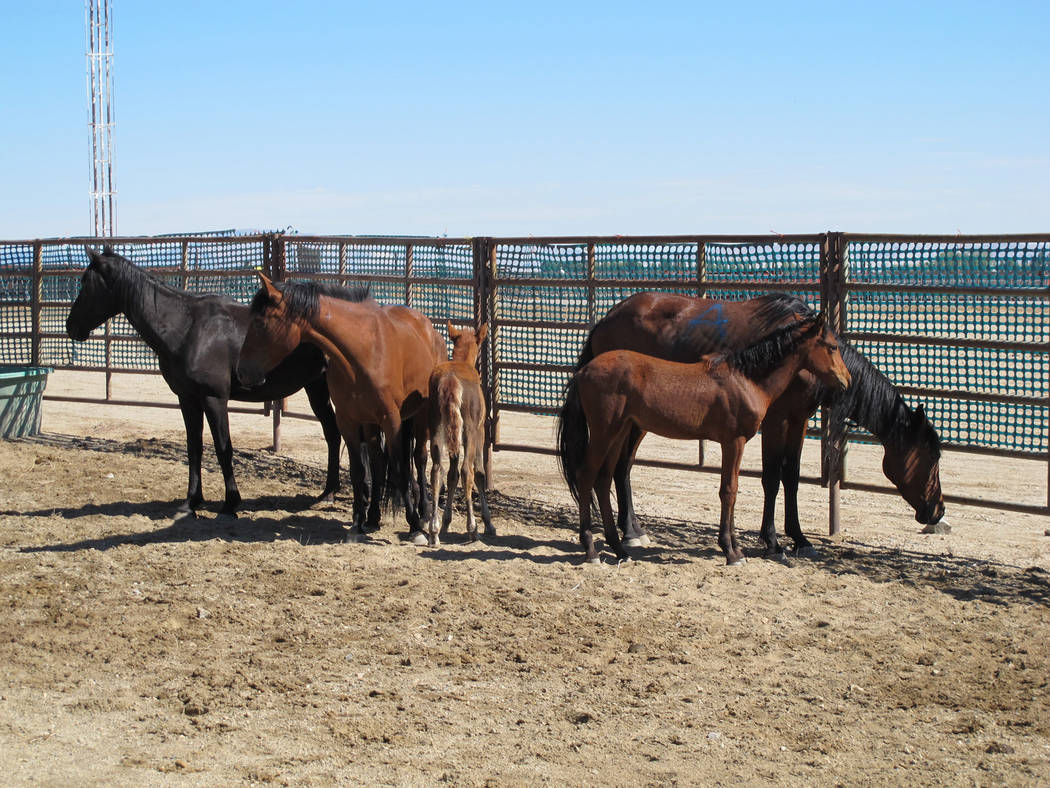 Special to Pahrump Valley Times As of May 1, officials from the Nevada Department of Agriculture has lifted all quarantines for Equine Herpes Virus-Type 1 (EHV) throughout the Silver State. The horses pictured were not part of the quarantine.

As of May 1, officials from the Nevada Department of Agriculture have lifted all quarantines for Equine Herpes Virus-Type 1 (EHV) throughout the Silver State.

The announcement came after officials announced a quarantine on a horse facility in Clark County, when three positive cases of Equine Herpes Virus Type 1 (EHV-1), were discovered back in March of this year, according to the news release.

One positive case, related to an aborted horse was confirmed in Humboldt County, however, no quarantine was issued for that case, due to the incubation period has since passed, and no horses have been moved to or from the property.

“This case shows how the disease is spread among the equine population,” said Nevada Department of Agriculture’s state veterinarian, Dr. JJ Goicoechea. “The mare that aborted was never moved. The virus was brought home from a rodeo on another horse that was exposed, but never showed signs of the disease.”

EHV-1, the release noted, is a reportable disease, meaning when veterinarians diagnose it, they are required to notify the Nevada Department of Agriculture, per Nevada Revised Statute 571.160.

The term is defined as doing everything possible to reduce chances of an infectious disease being transferred by people, animals, equipment or vehicles, as the virus can be transferred by way of boots, coats, gloves and equipment.

Some basic practices, according to the release, include: never share equipment between horses, and always wear clean clothes when going from ill horses to others.

Additionally, horse owners are urged to avoid common areas such as hitching rails, wash racks, etc, during an EHV-1 outbreak.

“Even though the spread of the disease has slowed, Goicoechea still recommends best biosecurity practices, as equine event season is now underway,” the release stated. “Always monitor horses for signs of disease, like fever or runny nose. Biosecurity means doing everything possible to reduce chances of an infectious disease being transferred by people, animals, vehicles, or equipment.”

The virus, Goicoechea added, does not pose a threat to humans.

For a full list of other reportable diseases, logon to agri.nv.gov