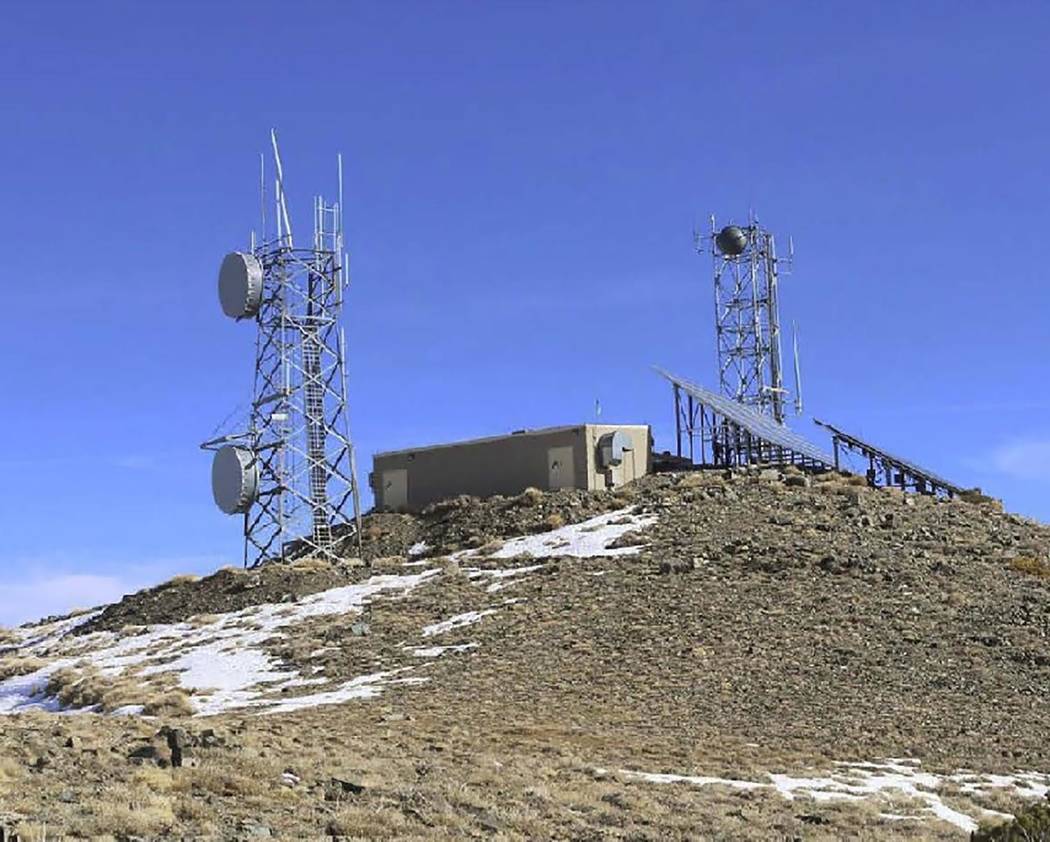 The National Park Service has completed an environmental assessment of proposed additions and modifications to telecommunications infrastructure on Rogers Peak in Death Valley National Park. Major requested additions are a cell tower and a military radome.

Rogers Peak, elevation 9,990 feet, has been used for relaying wireless communications since 1959. Today it is the only non-wilderness high point in the park. It has two towers, three support buildings, solar panels, propane tanks, and an administrative-use-only road to the site.

The Navy proposes to build a 28-foot diameter radome with a total height of not more than 60 feet. The equipment inside will support safety, communications, and tracking in the R-2508 military airspace, which includes the park.

AT&T Wireless proposes to build a cellular tower on Rogers Peak, which would likely add areas of cellular service. This part of the environmental assessment drew the most emotional public comments. Some people objected to any increase in cellular coverage, expressing a desire to keep the wilderness free of cellular service or to have the park be a place to “get off the grid.”

The finding of no significant impact, signed on April 1, is the first step in approving modifications and new construction on the site. The National Park Service outlined specific stipulations which will be carried forward into construction and right-of-way permits, which have not yet been issued. Construction is not expected to start before the summer of 2020.

Details were provided in a news release by Death Valley National Park.

The environmental assessment can be viewed at parkplanning.nps.gov/RogersPeak