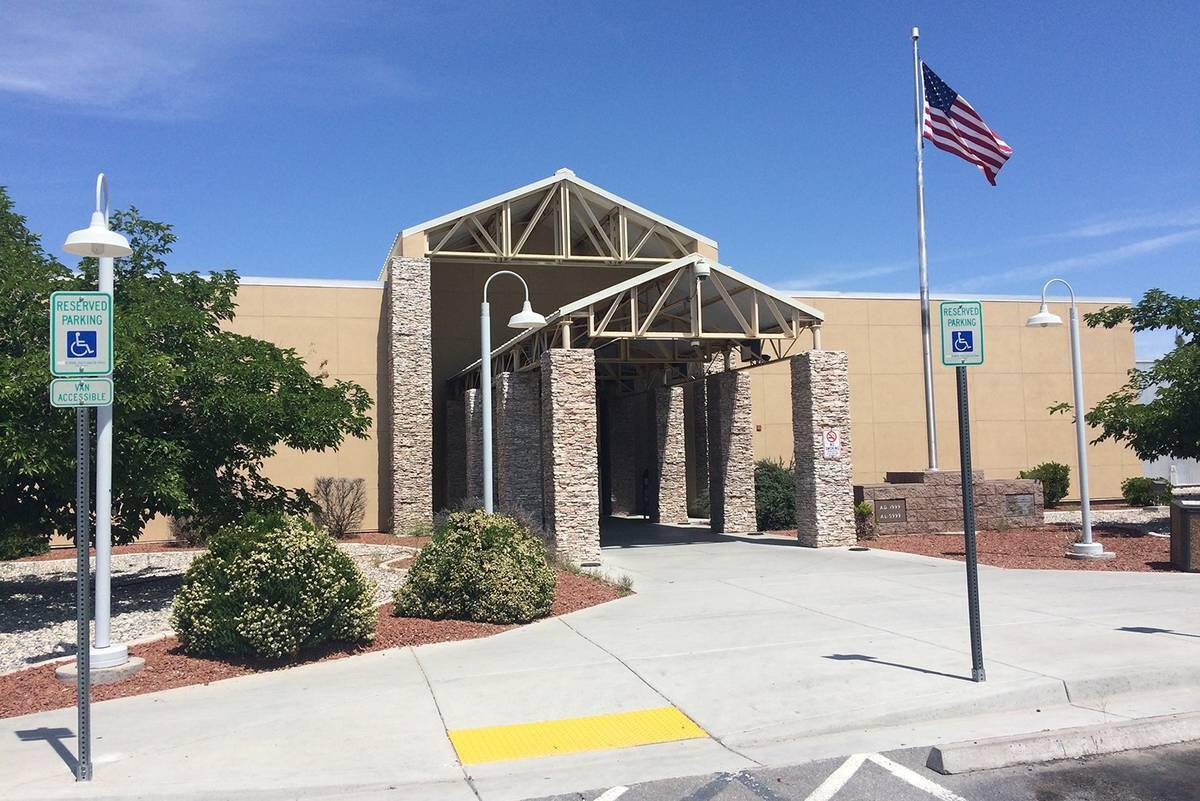 Robin Hebrock/Pahrump Valley Times The Ian Deutch Government Complex in Pahrump houses the Fifth Judicial District Court. Following a decision by the state Supreme Court, the district court will not be required to vacate its offices in this complex or the William P. Beko complex in Tonopah. 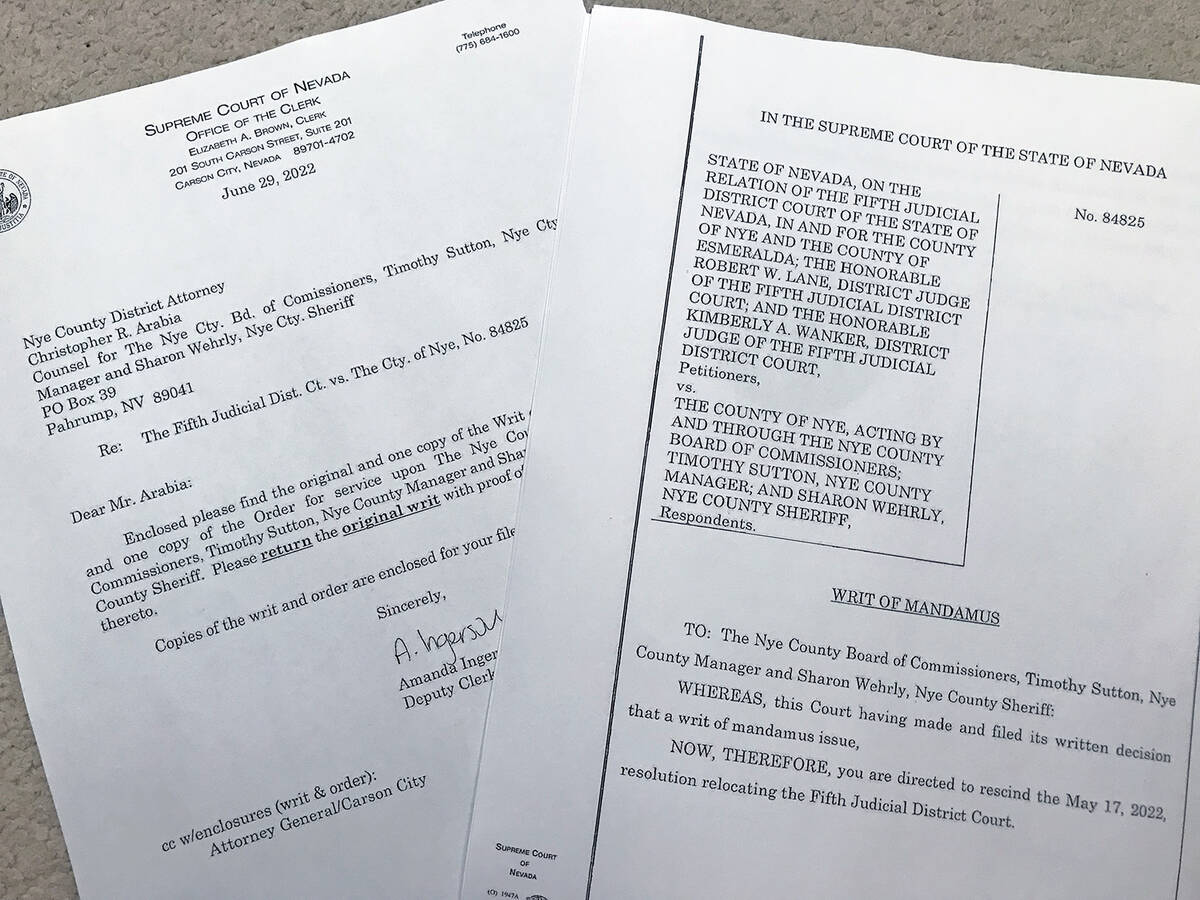 The Nevada Supreme Court on Wednesday ruled the Nye County Commission cannot evict judges and force them to relocate their district courtrooms elsewhere over a contentious gun-control policy at county complexes.

The controversy started many months ago when Nye County Commissioner Bruce Jabbour questioned an order issued by the Fifth Judicial District Court banning all weapons inside the complexes where the district courts conduct business. These complexes — one in Pahrump and another in Tonopah — are owned by Nye County.

Jabbour said it was inappropriate for the “no weapons” order to apply to parts of the complexes that are utilized by county departments that aren’t affiliated with courtroom preceedings.

Jabbour brought the situation to the commission and in December of last year, the board voted to remove the “no weapons” signage from the main entrances of the Ian Deutch Government Complex in Pahrump and the William P. Beko Justice Complex in Tonopah.

Those signs, commissioners ruled, should only be placed on doors leading to areas used for district court operations.

Fifth Judicial District Court judges, citing safety concerns, were not willing to comply with the commission’s action. The quarrel continued until it came to a head this May.

“By unanimous vote on May 17, 2022 respondent Nye County Board of Commissioners adopted a resolution ‘to relocate the Fifth Judicial District Court one and two immediately to 1118 Globe Mallow Lane in Tonopah, formerly known as the fitness center, and 250 N. Highway 160 in Pahrump once it is vacant and ready to be occupied by the … district court…” the Nevada Supreme Court’s order granting the writ of mandamus explains.

Judges said they felt the action was retaliatory in nature and a lawsuit was filed shortly after the May 17 resolution was adopted, asking the Nevada Supreme Court to step in and direct the county to “preserve the status quo.”

The lawsuit also requested the case be heard as soon as possible and just three weeks later, the Supreme Court handed down its ruling.

“Neither building is suitable for occupancy by the Fifth Judicial District Court, as the former fitness center is in disrepair and the Highway 160 building houses other county offices and employees,” the order reads. “NRS (Nevada Revised Statute) 3.100(2) required that the county board of commissioners provide a building and resources ‘suitable and sufficient’ for the transaction of [judicial] business…

“The board acknowledges its ‘duty to provide a courthouse to the district court judges that is suitable and sufficient…’ and that the former fitness center ‘is not, at the present time, suitable for court proceedings.’ It also acknowledges that the Highway 160 building in Pahrump is not ‘ready for immediate occupancy.’,” the order continues. “By adopting the May 17 resolution requiring the judges to relocate to those admittedly inadequate facilities, the board violated its duty under NRS 3.100… Accordingly, we order the petition granted and instruct the clerk of this court to issue a writ of mandamus instructing the respondents to rescind the May 17, 2022 resolution relocating the Fifth Judicial District Court.”

The decision was made by the entire seven-member body of the Nevada Supreme Court, known as the “En Banc” court, and was signed by each of the Supreme Court justices.

To view all documents related to the lawsuit visit www.NVCourts.gov and search for case no. 84825.