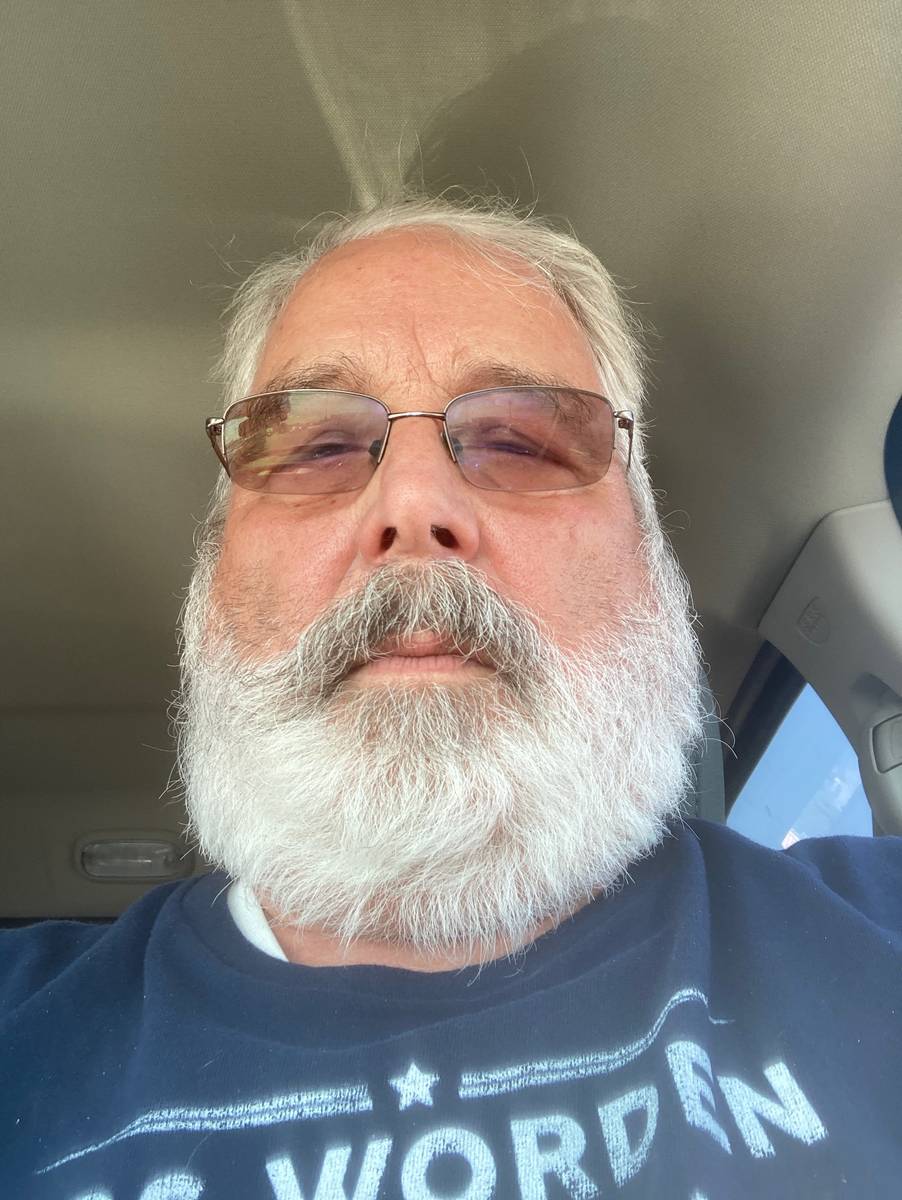 Four years ago, a sense of duty brought Larry Small to run for the Nye County School District Board of Trustees. Now, a sense that solid lines of communication are open, a belief that the right people are in the right places from the district office to the custodial staff and an enthusiasm for working with a new superintendent have Small looking forward to four more years on the board.

“At the time, I had four grandsons that were living with me, and I felt it was my duty to help the grandkids get their voices heard in the school district,” Small said of 2016, when he ran unopposed to represent Area IV. “I talked to my family, especially my wife, and made a decision to run for the NCSD board that year and see if I could help improve the school district.”

A Navy veteran of three tours in Vietnam who has lived in Nevada for 46 years, 22 of them in Pahrump, Small is known in Pahrump for being a retail store manager, a position he held until retiring in July 2018.

“Our biggest project we need to look at is, how secure are our schools?” he said. “In the past we’ve had school shootings all over the United States, and we need to make sure we’re looking at schools every day and see how secure we are. Security is probably my topic right now.”

Other areas that concern Small include bullying, diversity and special education. The latter two are of personal interest, as Small has adopted children of color and biracial grandchildren while his wife works in special education for the district.

“My second one would be diversity, with the culture that is going on in the United States,” Small said. “Bullying, racism, we need to talk about it. We need solutions. And the only way we can accomplish that is to see we are here to work as one body and not work against everybody. In the long run, who’s going to benefit? It’s our kids and the school.”

Small talks about starting a gifted and talented program, and he knows Superintendent Warren Shillingburg is interested.

“Our new superintendent has brought this up,” Small said. “He’s looking into that very heavily. We would have a great type of program for our kids.”

But Small believes each student deserves a “great program,” not just the ones who would be placed in a program for gifted students.

“Our graduate rate goes up to a minimum, but actually, are we offering the right programs?” he asked rhetorically. “Woodworking, home ec, everything that we could have for our future that would help us.”

Finding out what various stakeholders want is important, and Small is not the first to hope for more participation from the community to expand the decision-making process.

“We want to get our community more involved with us,” he said. “Before COVID hit, I’ve made some remarks to the superintendent. It’s kind of disheartening when we show up to a board meeting to get input from the community, and we don’t have people coming to the meetings.”

Small also wants to be more involved, and he hopes to further educate himself by attending more conferences and learning about more funding sources at the federal and state levels. Doing both of those things will help with one of his most important goals, to get special education funded and taught properly.

Small does not let the smaller schools in the far-flung parts of the enormous county get ignored.

“Up in Beatty, Round Mountain, Gabbs, Warm Springs, up in Tonopah, we have a crew up there in those areas with excellent results, and look at the environment they have to deal with,” he said, noting their problems run the gamut from small staffs to snow. “Look at the tiny school in Duckwater. We have an excellent program up there that got a great write-up, and that’s a pat on the back to the teacher up there.”

Small likes to point out little things that can have an impact, such as a beautification project at J.G. Johnson Elementary School, which his own family has attended.

“It’s the oldest school we have in Pahrump,” he said. “I met with the principal and safety and maintenance person. We looked at the outside of the building, and it looked kind of down and out. Why couldn’t we replace some bushes?

“During the spring break, the maintenance department did a good job on the front of the building on the right side. They really made it look good, and it made the students want to come into the school. Phase 2 will take out some more bushes in the front, and Phase 3 will clean up the other side of the school.”

For plans both big and small, Small is convinced that the Nye County School District is staffed well for the challenges ahead.

“Do we have the right person in the right place?” he asked, before answering yes to his own question. “It boils down to accountability.”

Marjorie Ann Shaus is on the ballot for Small’s seat, but she had told the Pahrump Valley Times that she is no longer seeking the position.