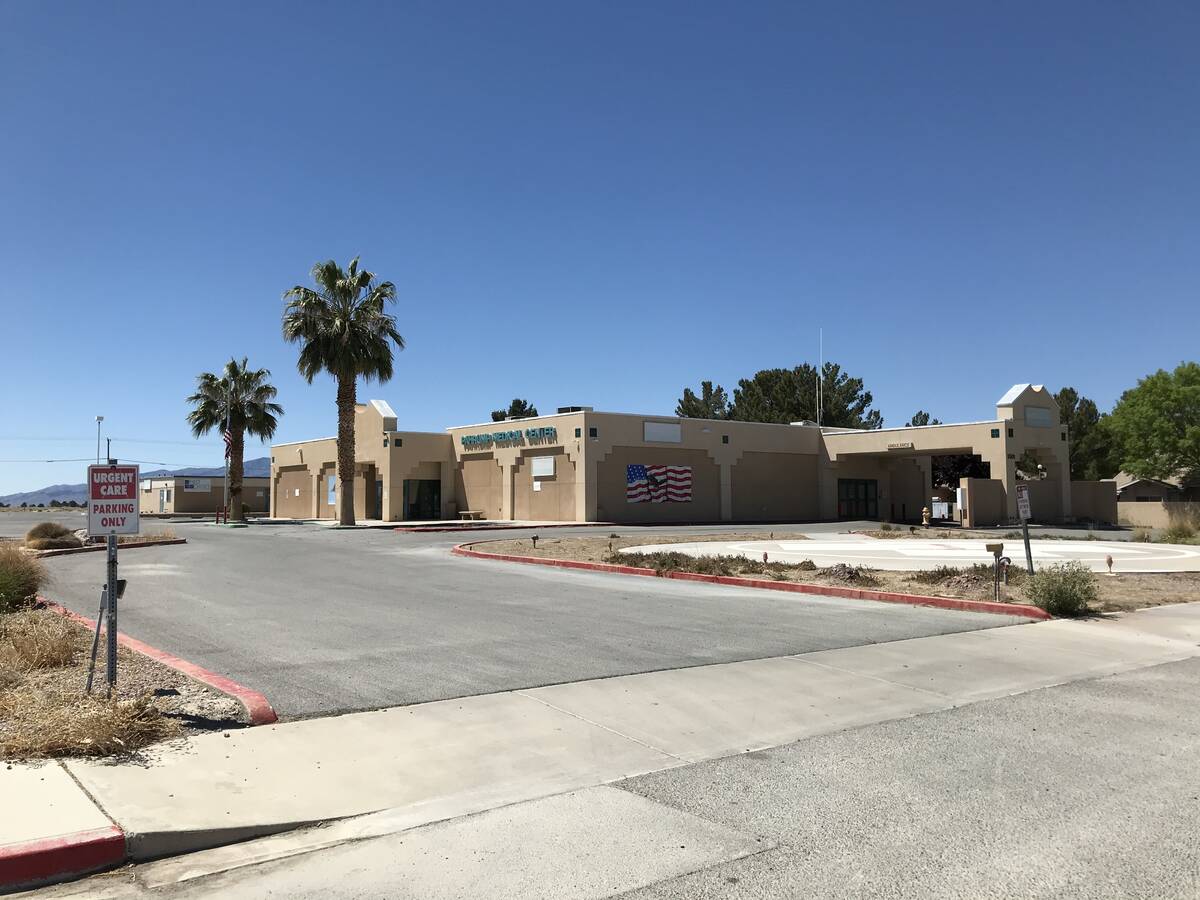 Special to the Pahrump Valley Times The Pahrump Medical Center facility was purchased by Silver State Health Services at a public auction on May 17.

Nearly one year after first considering the action, Nye County has divest itself of the Pahrump Medical Center, which was sold at public auction this month for a total of $2.6 million to Silver State Health Services.

The Pahrump Medical Center, located on 3.8 acres at 1501 and 1502 E. Calvada Blvd., comprises two buildings — one measuring just under 12,000 square feet and the other nearly 5,000 square feet. The county acquired the site in 2005 and for many years, it was occupied by Healthcare Partners of Nevada, now known as Intermountain Health. When Intermountain Health moved to its new facility just off Highway 160, the Pahrump Medical Center was left largely unoccupied and this fact is what prompted the idea of finding a new owner.

The sale was the brainchild of commissioner Leo Blundo, who originally brought the concept to the board in June of last year. Blundo explained that the building had been mostly vacant for the past five years, and said the county and its citizens would benefit from is sale.

Providing additional medical services for the area was key for him, he said at the time, and he was angling to see that the facility be purchased by a health care company. When the matter came to a vote, commissioners decided 4-1 to pursue a sale, with Bruce Jabbour the lone dissenter.

Once the fair market value appraisal was completed, a date of Dec. 7, 2021 was set for a public auction of the property. However, due to certain “irregularities” in the process, which were not detailed for the public, the auction was postponed at the last minute.

The county obtained a second appraisal for the facility and after factoring the cost of recent improvements made on the buildings, the starting price was determined to be $2 million and a public auction was scheduled for May 17.

There were no sealed bids submitted prior to the auction and only two bidders made an appearance on May 17. Mark Miyaoka, CEO of Silver State Health Services, and Joseph Kennedy, who did not identify himself any further, vied for the property but Miyaoka’s $2.6 million bid won the day.

Blundo made the motion to accept Miyaoka’s bid. Commissioner Debra Strickland seconded the motion, which passed with all in favor.

The auction process did not provide any time for bidders to discuss what their plans for the building would be but the ultimate winner, Miyaoka, had previously spoken about what his company would like to do with the facility.

He’d detailed that Silver State Health Services, working with Freedom Medical Group, provides primary care services in Las Vegas to veterans, the homeless and underinsured patients and was eager to expand its operations in Pahrump. Miyaoka also told the Pahrump Valley Times that the company had already established a small pediatric office in Pahrump to get a feel for the needs in Pahrump and surrounding communities and he felt the purchase of the Pahrump Medical Center would offer the opportunity to further the company’s impact in this area.

“Allowing Freedom Medical Group to purchase the Pahrump Medical Center in partnership with Silver State Health Services would expand our offerings to include primary care and mental health services to all members of society in Pahrump and surrounding areas. This includes veterans, the elderly, low-income families, the underinsured, immigrants and the homeless. It would also allow Silver State Health Services to conduct pop-up clinics in communities such as Amargosa and Beatty,” Miyaoka had stated.

The sale contract is to be executed no later than June 22.