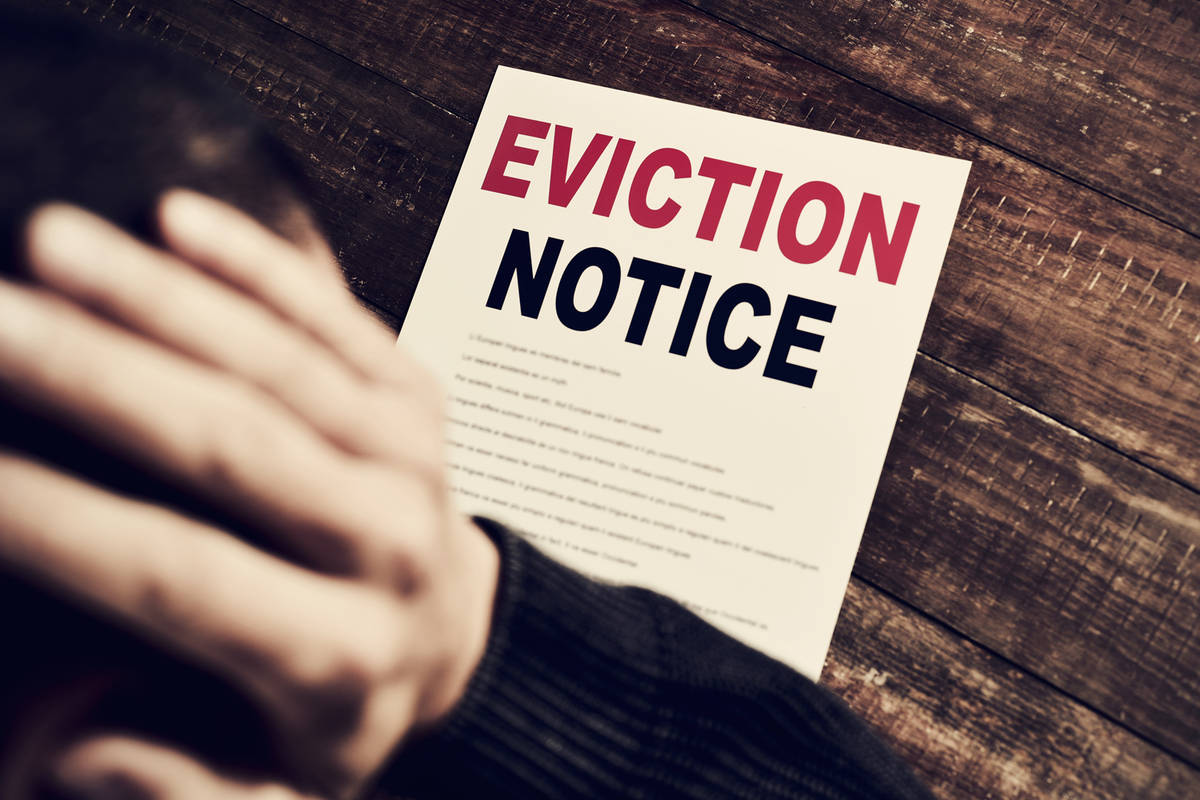 Getty Images Nevadans do not have to worry about evictions, as Nevada Gov. Steve Sisolak has signed an emergency directive placing a moratorium on such proceedings while Nevada is still in a declared state of emergency due to the coronavirus.

Nevada Gov. Steve Sisolak, Nevada Attorney General Aaron Ford and Nevada State Treasurer Zach Conine made an announcement on Sunday, March 29 that will have many in the state breathing a sign of relief. Residents no longer have to worry about losing their home or business location if they are unable to make their rent or mortgage payments in the wake of the COVID-19 crisis.

Sisolak’s entreaty for citizens to “Stay Home for Nevada” is impossible to meet for someone who does not have a residence, and both health and hygiene are difficult to maintain without a home. Additionally, his previous order that non-essential businesses cease operations has forced thousands of small businesses to shut their doors to the public, leaving them without the income they need to maintain payments to their landlords and leaving their employees jobless.

Therefore, a stay on evictions was deemed to be a relevant course of action.

“This directive is intended to keep people in their homes at a time when we are encouraging all Nevadans to stay at home. This is not the time to put people out on the streets. This is also not the time to evict small business owners who have been hit hard by the economic fallout of this pandemic,” Sisolak stated in the March 29 address.

“Although necessary for the health of our communities, the sudden shutdown of the industries that make up the lifeblood of our economy has created immense hardship,” Sisolak acknowledged. “Many proud Nevadans, who want nothing more than a steady job to provide for themselves and their families, have lost one or more incomes in the blink of an eye.”

Giving evidence to this fact, the Economic Policy Institute issued a press release on March 27 with startling statistics showing that the Silver State’s percentage of increase in unemployment claims was the highest in the nation for the week ending March 21.

“Of all the states, Nevada saw the largest percent increase in initial claims filed compared to the prior week. Initial claims there nearly tripled, increasing by 175 percent or 4,047 additional claims. This is the largest numerical week-to-week increase in Nevada’s history,” a news release from the Economic Policy Institute detailed. “As social distancing measures impact restaurants, bars, hotels, theaters and other businesses across the country, states like Nevada will feel the effects more acutely.”

These facts were obviously not lost on Sisolak, who remarked that he understood many Nevada residents and business owners were now looking to April 1 with dread, wondering how they would be able to make their rent or mortgage payments.

“That is why, in this unprecedented time, I have decided to sign an emergency directive putting a moratorium on all evictions in the state of Nevada. This directive will be in effect through the duration of the State of Emergency,” Sisolak announced.

He emphasized that his directive is not meant to provide free rent or mortgage. Tenants, both residential and commercial, who are unable to pay right now are to devise a plan with their landlord to make up those past due payments. However, all late fees that accrue during this emergency period must be waived, Sisolak stated.

“Once this is all over, landlords and tenants should work with each other to come up with a repayment plan. We advise them to develop this plan within 30 days so they can both begin getting back on track,” he explained.

The only exceptions to the order are evictions of persons who pose a danger to other tenants or the public. Sisolak stressed that those self-isolating because they have been diagnosed with COVID-19 are not included as dangers.

Conine spoke during the March 29 address as well, telling Nevadans that he has been working collaboratively with Nevada’s banks, credit unions and mortgage lenders, including the Nevada Bankers Association, the Credit Union League and Mortgage Lenders Association, to ask that they help their fellow Nevadans and his requests have largely been met with alacrity.

“The members of these organizations stepped up quickly to do what Nevadans need them to, making three major commitments to assist homeowners,” Conine stated. These commitments include mortgage forbearance, a waiver of late fees on mortgage payments for the next 90 days and a promise to work with customers directly to ensure no one faces a large lump sum bill if they do have to miss payments in the coming months.

“These relief options are available today to Nevadans if they contact their lender and ask for assistance,” Conine stated, going on to underscore the necessity of people requesting that assistance. “I can’t stress this enough; you must reach out to your lender so that they can help you.”

To aid residents in determining exactly what their relief options are, Conine said a resource guide has been developed. This can be accessed at the state’s coronavirus website www.nvhealthresponse.nv.gov

“If you don’t see your lender on this list please let us know and we’ll work to make sure they’re included as soon as possible,” Conine directed. “If you are unable to get the COVID-19 relief that you need after reaching out to your lender, please let me know and we’ll call them together.”

Conine’s office can be contacted via email at ask@nevadatreasurer.gov

Ford, who will be the enforcement arm of the emergency directive, also offered comments, stating that his office has had some success engaging with entities in the housing industry, including the Nevada State Apartment Association and the Nevada Association of Realtors, leaders of which have strongly encouraged landlords to provide some flexibility to their tenants during the coronavirus outbreak. However, not all landlords are willing to bend and Ford said this is precisely why Sisolak’s emergency directive was warranted.

“My office has received many complaints from those who have been, frankly, bullied by their landlord, including a 71-year-old woman who had been wrongly threatened with eviction,” Ford stated. “Fortunately, my office helped her stay in her home. But these types of actions are unacceptable…”

To file a complaint against a landlord who is threatening eviction, visit the Nevada attorney general’s office’s website at ag.nv.gov and click on the “Complaints” link.