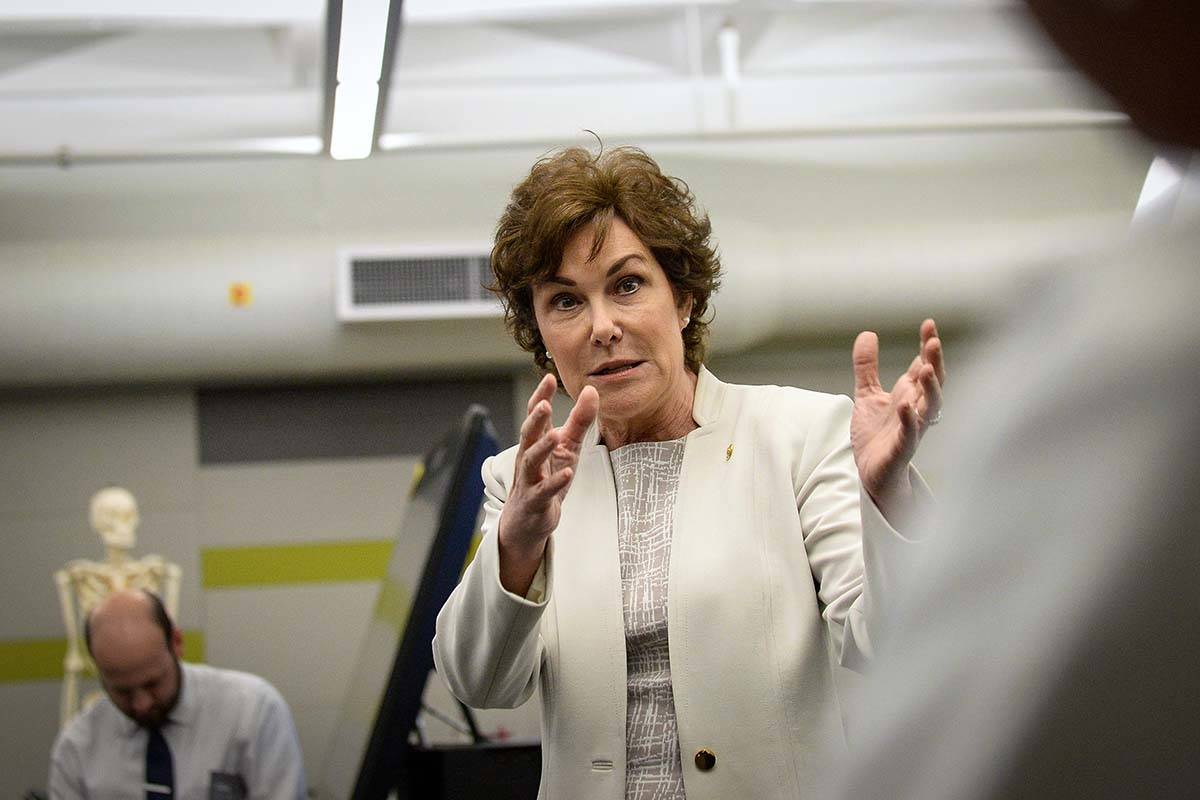 The first declared September to be suicide prevention month in the state, while the second committed the state to support implementation of the PREVENTS “roadmap,” which helps identify veterans and other residents in need of care, develop best practices around mental health, prioritize mental health in the workplace and promote the REACH National Public Health Campaign through the U.S. Department of Veterans Affairs that seeks to increase awareness of mental health issues and suicide prevention.

Suicide is the 10th-leading cause of death in the United States and second among those aged 10 to 35. On average, 129 Americans die by suicide each day, and the national number of veteran and military suicides has exceeded 6,000 each year from 2008 to 2017.

“With the Nevada Department of Veterans Services and the Nevada Office of Suicide Prevention’s leadership on suicide prevention efforts in our state, I am signing the PREVENTS proclamation to commit Nevada’s full support to both this national and statewide effort,” Sisolak said.

Rosen’s and Cramer’s bill, a companion to a House bill introduced earlier this year by Rep. Susie Lee and Jack Bergman, R-Mighigan, would implement a Zero Suicide Initiative pilot program at five VA medical centers around the nation, one of which must serve primarily veterans who live in rural and remote areas.

“As a nation, we have an obligation to address the mental health challenges facing our veterans,” Rosen said. “That is why I am proud to introduce this important bipartisan legislation to provide our veterans, including those living in rural areas, with critical mental health care resources.

“It is my honor to serve Nevada’s more than 225,000 veterans, and I will continue working in Congress to give those who defend our country the support and resources they deserve.”

“The VFW supports this legislation, which would require VA to implement the Zero Suicide Initiative program,” said Matthew Doyle, Deputy Director of Veterans of Foreign Wars. “Suicide prevention has long been a priority for the VFW. Through collaboration with our friends in Congress and at VA, it is our goal to reduce veteran suicide down to zero.”

The Zero Suicide model is endorsed by numerous organizations, including the Joint Commission and the U.S. Surgeon General’s 2012 National Strategy for suicide prevention.

The Substance Abuse and Mental Health Services Administration has funded implementation of the Zero Suicide model by numerous states, tribes and health care systems across the country.

Meanwhile, by participating in the VA’s Governor’s Challenge program, Nevada is working to bring together interagency teams to address veteran suicide at the state level.

Last month, Nevada was invited to participate in the Governor’s Challenge Community Expansion Project event, marking the growth in Nevada to rural areas in this national suicide prevention program sponsored by the VA and the Substance Abuse and Mental Health Services Administration, with technical assistance from the Governor’s Challenge To Prevent Suicide Among Service Members, Veterans, and their Families Technical Assistance Center.

On March 5, 2019, President Trump signed Executive Order 13861 calling for the development of a comprehensive plan to empower veterans and end suicide through coordinated suicide prevention efforts, prioritized research activities and strengthened collaboration across the public and private sectors. This plan is known as the President’s Roadmap to Empower Veterans and End a National Tragedy of Suicide, or PREVENTS.