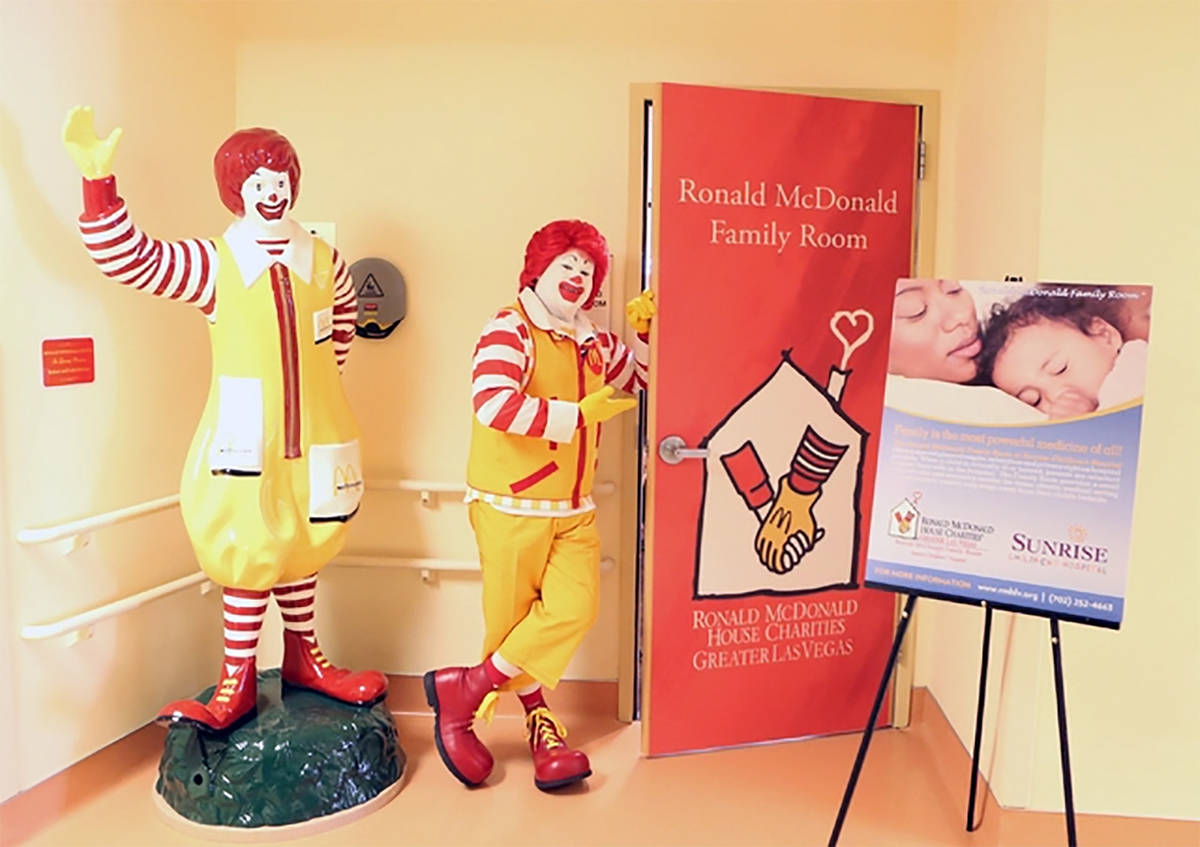 Bizuayehu Tesfaye/Las Vegas Review Journal A recent fundraiser in support of the Ronald McDonald House of Greater Las Vegas, didn't go as planned due to negative social media posts suggesting the effort was a scam, according to organizer Danni Cusick. All told, just a little over $100 was raised throughout the day.

It appears that negative social media posts put a damper on a local fundraiser for the Ronald McDonald House of Greater Las Vegas.

On Sunday, June 13, organizer and volunteer Danni Cusick held the event in the Pahrump Nugget parking lot, where attendees could purchase a hot dog, potato chips and a bottle of water for a mere $2.

However, after a brisk start to the event, Cusick noted that the social media posts suggested that the event was a scam.

“The first few hours went really well and we made $110,” Cusick said. “There were people who were not hungry, but they still donated, but a few hours later, we were wondering why it was starting to die down.”

Cusick also said there were rumors posted on social media where individuals suggested that the event was some sort of a scam.

“They were calling me and my team out as scammers,” he said. “They were posting messages that stated I had to have a permit and stuff like that. A friend of mine told me about it and I posted a screenshot back to him which showed my email from the Pahrump Nugget, stating that I had permission from them.”

Cusick said one of the negative posts was from a woman who later backtracked on her statement that the fundraiser was a scam.

The woman Cusick was referring to was local resident Cheryl Anderson, who told the Pahrump Valley Times that she regretted posting the false information online.

“There was something on the Facebook page and I was just asking if it was legitimate because there’s been so many scams out there lately,” Anderson said. “I can’t tell you how horrible I feel about that because I got the ball rolling. I told him that it probably won’t make it up, but I donated $100 for his fundraiser. I personally messaged him and I made a personal online apology. I was just questioning if it was real. One thought that came to me was don’t ever get so caught up in the injustices, that you become an injustice yourself.”

Despite those who were impugning the charity fundraiser, Cusick said he’s grateful for the support he and his team received during the event, while working under very hot temperatures.

“There were veterans out there who just donated to us without even getting a hot dog,” he said. “They said that we were pretty brave for being out in the heat, for a good cause. It’s sad because we could have made so much more, if it were not for all of those negative Facebook posts.”

In Southern Nevada, the Ronald McDonald House of Greater Las Vegas is a cornerstone program, which provides temporary housing for families who travel to Las Vegas to receive critical medical treatment for their children.