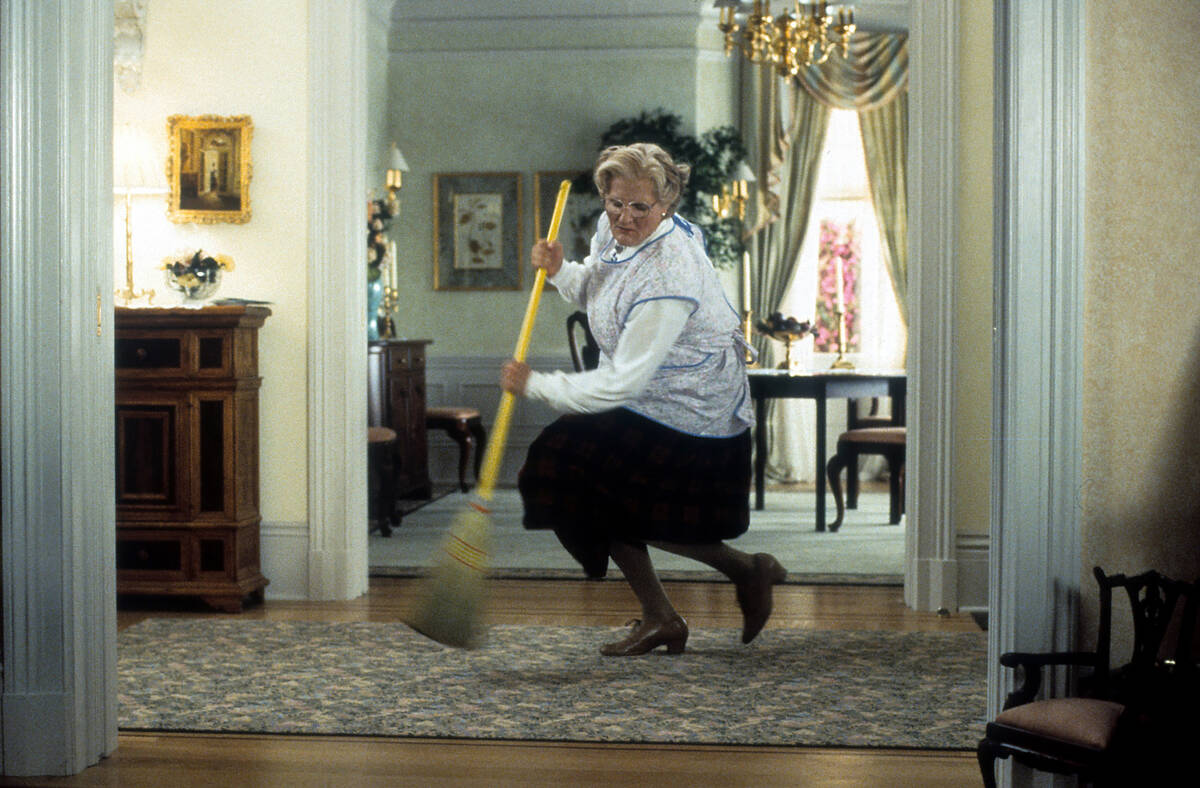 Robin Williams in a scene from the film 'Mrs. Doubtfire', 1993. (Photo by 20th Century Studios)

As Vito Corleone once said, “A man who doesn’t spend time with his family can never be a real man.”

Despite his role as a ruthless crime boss, Corleone cherishes family and fatherhood — and, after all, isn’t that one of the reasons “The Godfather” captured our hearts?

From mob bosses with a soft spot for their loved ones in “The Godfather” trilogy to a father who goes to embarrassing lengths to make his family happy in the “National Lampoon” franchise, there’s no lack of movie dads to relate to or fall in love with.

Here are a few other fantastic fictional dads to spend some time with on Father’s Day.

After his emotionally fatigued wife, Joanna, leaves him and their young son, Billy, work-obsessed advertising executive Ted Kramer is forced to raise their 5½-year-old son alone. It takes a bit of adjustment for him and his son to figure out how to deal with one another. But as he strays away from his career, Ted learns long-neglected parenting skills, allowing him to build a truly loving father-son relationship. However, chaos and a brutal court battle ensue when Joanna returns to claim custody of Billy.

Why settle for one fictional father, when you can watch three — Peter, Michael and Jack — who are forced to ditch their bachelor lifestyles and change diapers instead. While Jack is on a business trip, Peter and Michael find a baby on their doorstep with a note saying she belongs to Jack. The trio adapt to fatherhood in a hilarious sequence of baby food searching, lullaby singing and other misadventures as they soon embrace their role as infant Mary’s guardians.

Any overprotective father can relate to George Banks, whose life turns upside down after his 22-year-old daughter, Annie, returns from studying abroad and announces her engagement. Like any clinging father, George is more than reluctant to let go of the little girl whose tiny hand used to fit inside his; whose head used to lean against his chest; and whose eyes would adorably look up at him as her hero. A worry that his sweet little girl would meet the wrong guy evolved into a constant fear that she would instead meet the right guy and he’d lose his daughter indefinitely. In a comedic series of extravagant wedding preparations, George must come to terms with his daughter growing up.

Divorced Daniel Hillard goes above and beyond for his kids by embodying the persona of Mrs. Doubtfire, an older British woman he convinces his ex-wife, Miranda, to hire as a nanny. The ruse lets him spend more time with his three children than just their once-a-week visits. What better way to show fatherly devotion than secretly leading a double life as a matronly caretaker? As Mrs. Doubtfire captures the hearts of the kids, Daniel also learns how to be a better parent.

Some movie dads take longer than others to show up for their kids. His son Max, who had been let down one too many times, makes a birthday wish that his dad would stop lying for a day. The ensuing 24 hours of humorous and sometimes hard-to-watch truth-telling make conniving attorney Fletcher Reede finally understand the importance of being present and prioritizing family.