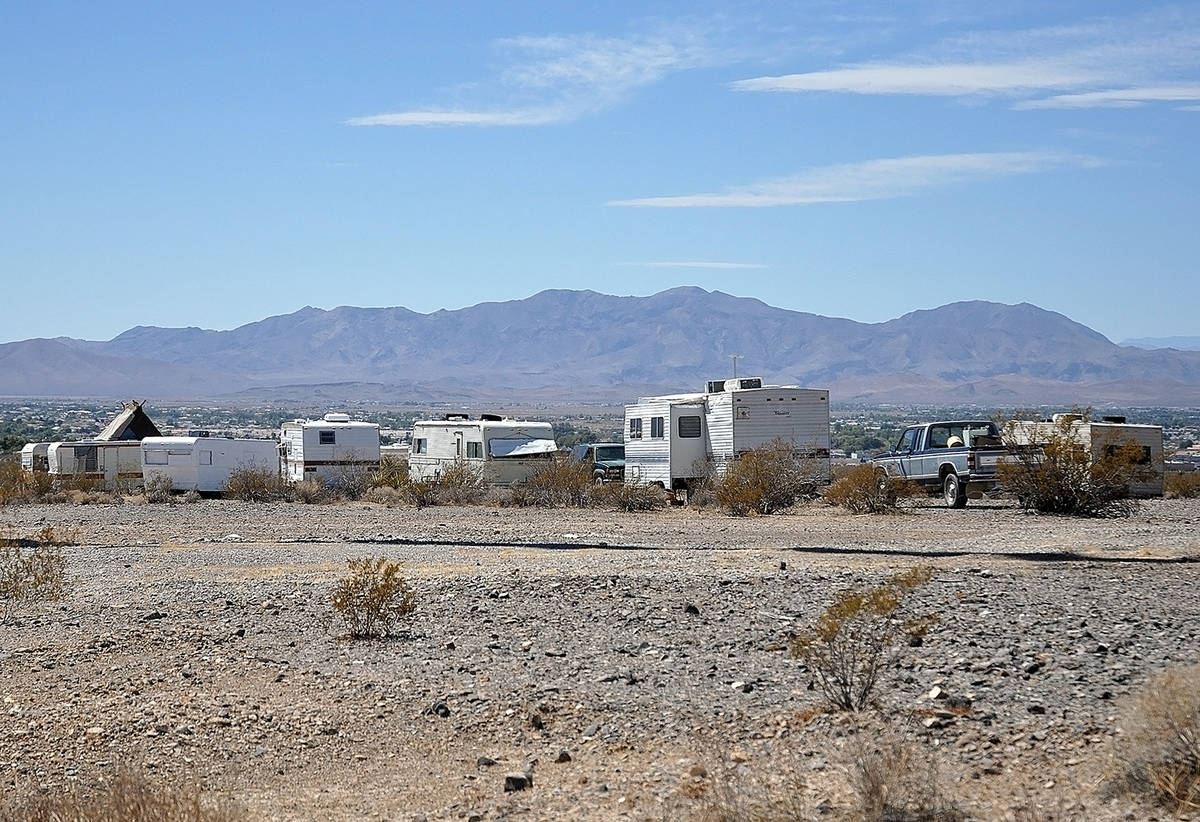 Horace Langford Jr./Pahrump Valley Times A homeless camp on East Basin as shown in a September photo. An analysis found that in Nevada, there are 23.3 homeless people for every 10,000 residents, the eighth highest rate of homelessness in the nation.

To identify the states with the largest homeless populations, researchers at Porch analyzed data from the U.S. Department of Housing and Urban Development’s 2019 Annual Homeless Assessment Report to Congress. Using these statistics, they calculated the total homeless population per 10,000 residents.

The researchers also incorporated data on the homeless population in families with children, those without shelter and those who are considered chronically homeless.

The analysis found that in Nevada, there are 23.3 homeless people for every 10,000 residents, the eighth highest rate of homelessness in the nation. In total, 53.1% of the homeless Nevada population is living unsheltered.

Porch found that the total homeless population in Nevada is 7,169, including 6,614 individuals and 555 in families with children. Roughly 10% are considered chronically homeless.

The researchers noted that, while the numbers are alarming, they likely understate the true size of the issue, as the very nature of stigma around homelessness makes people less likely to report how insecure their housing is.

While homelessness rates fell between 2007 and 2019, the problem has started to increase again. According to the U.S. Department of Housing and Urban Development, in 2017, the U.S. began seeing a rise in homelessness year over year for the first time since the most devastating part of the housing crisis in 2010.

The past year has been challenging for low-income workers as a result of COVID-19. Those who were already at risk for homelessness have found themselves in a difficult position. The alarming rise in joblessness, combined with soaring housing and rental prices, means that many people are suddenly unable to pay for their living situations. As a result, 2020 could see the biggest rise yet as lower-income individuals and families grapple with joblessness in the face of the pandemic.

The potential dramatic rise in homelessness during 2020 could make already complicated housing policies even worse, the researchers said. The original report, which includes a table with data for all 50 states, can be found at https://porch.com/advice/states-with-largest-homeless-populations