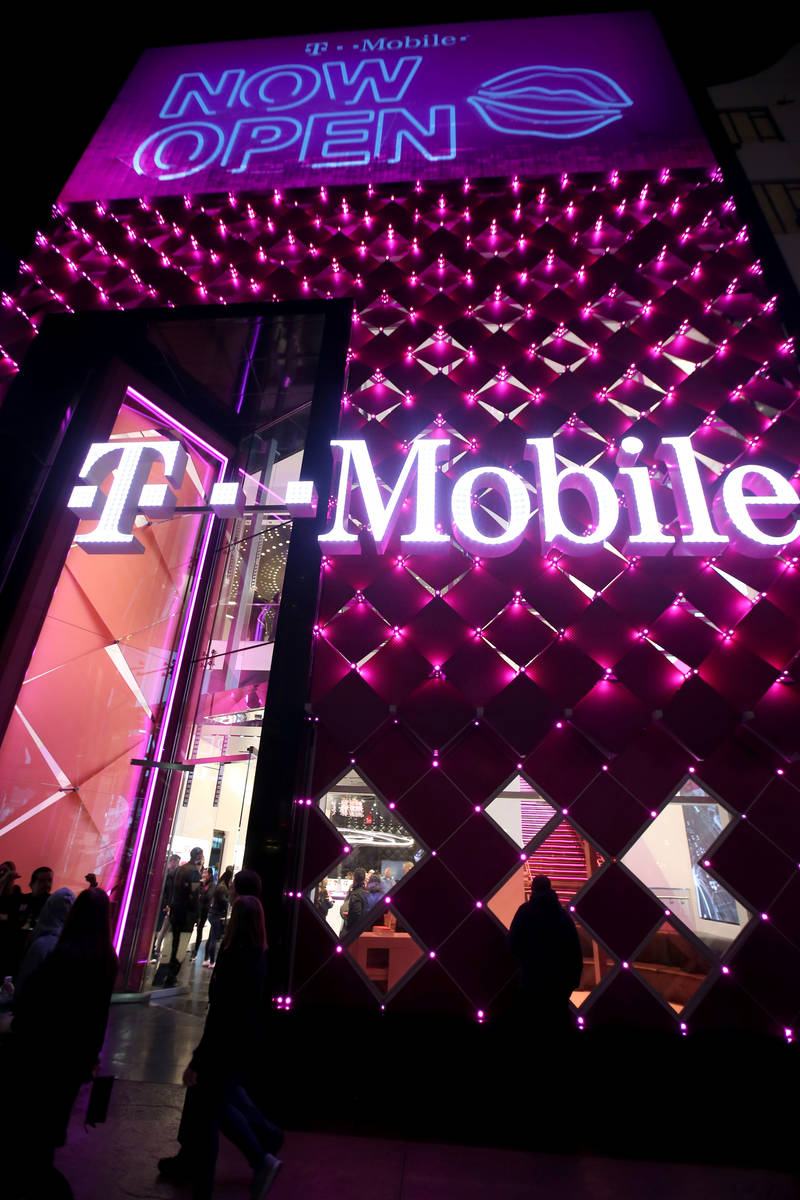 K.M. Cannon Las Vegas Review-Journal The T-Mobile store on the Strip on opening night Thursday, Jan. 4, 2018. It is located inside the Showcase Mall, near the intersection of Las Vegas Boulevard and Tropicana Avenue.

The program features paid internships, and T-Mobile already has filled 10 such roles, including seven at its customer experience center and three in technology operations.

T-Mobile could use the Nevada program as a model to expand its apprenticeship program in other states and grow a diverse workforce.

“I couldn’t be prouder of the efforts of my office that have resulted in opportunities for Nevadans and other states around the country to obtain jobs and learn valuable skills through a structured apprenticeship program,” state Attorney General Aaron Ford said. “T-Mobile has demonstrated a commitment to Nevada consumers that extends beyond just lower prices for products and services. When my office presented the idea of an apprenticeship program, T-Mobile embraced the opportunity, and I am pleased to see its early and long-term success.”

T-Mobile has committed to the apprenticeship program for six years but might continue it long term. By the fourth year of the program, T-Mobile will select 15 apprentices annually.

“T-Mobile has always made it a priority to grow and develop a diverse workforce because there are tremendous benefits all around,” said Deeanne King, T-Mobile’s chief human resources officer. “This new Nevada Apprenticeship Program that we’re kicking off in Nevada will be the model for our future nationwide program that will create meaningful opportunities for diverse talent who will play a critical role in driving our un-carrier success into the future.

Primarily within the company’s care and technology teams, the apprentices receive nationally recognized training and classroom instruction credentialed through the U.S. Department of Labor and partner with mentors and receive step-by-step coaching from their manager.

The standards for the apprenticeship program were based on standards recommended by the U.S. Department of Labor, as well as the Governor’s Office of Workforce Innovation and the Nevada State Apprenticeship Council.