Thanksgiving weekend travel expected to be among busiest in decades
By Mick Akers Special to the Pahrump Valley Times
November 22, 2022 - 9:32 am 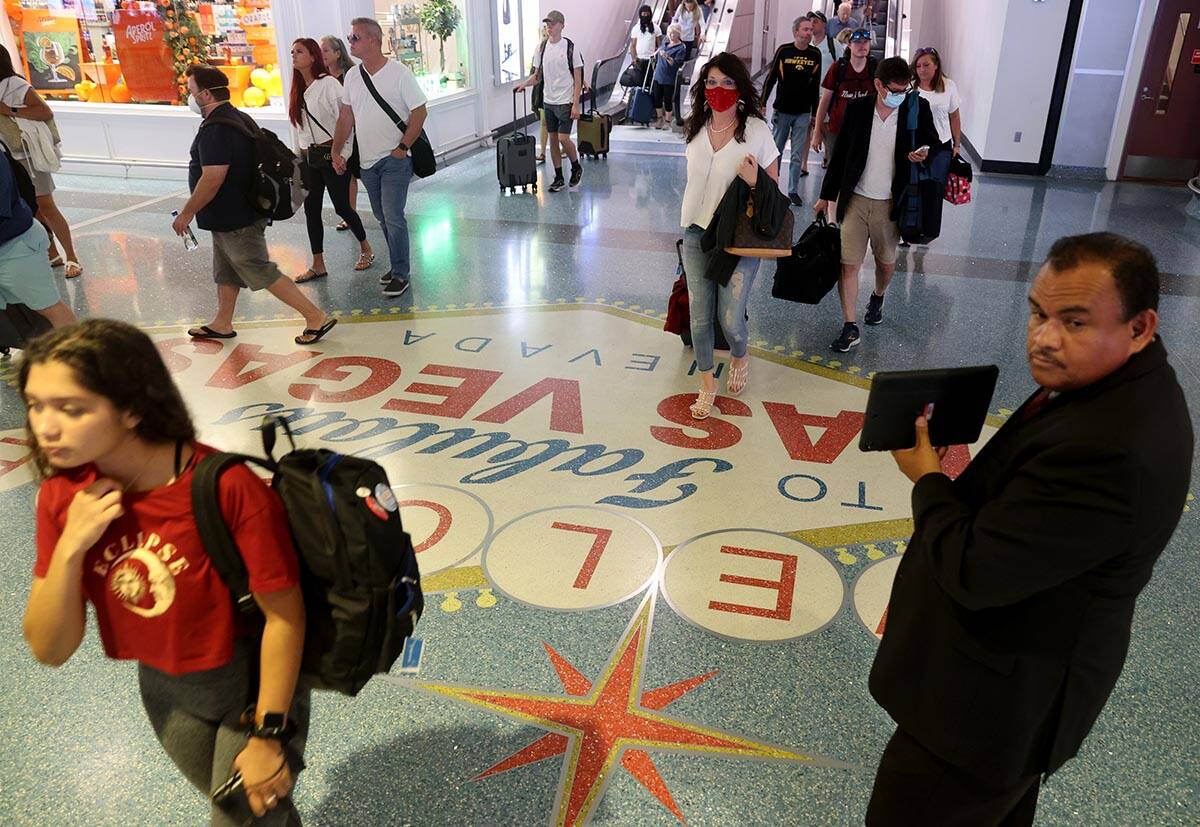 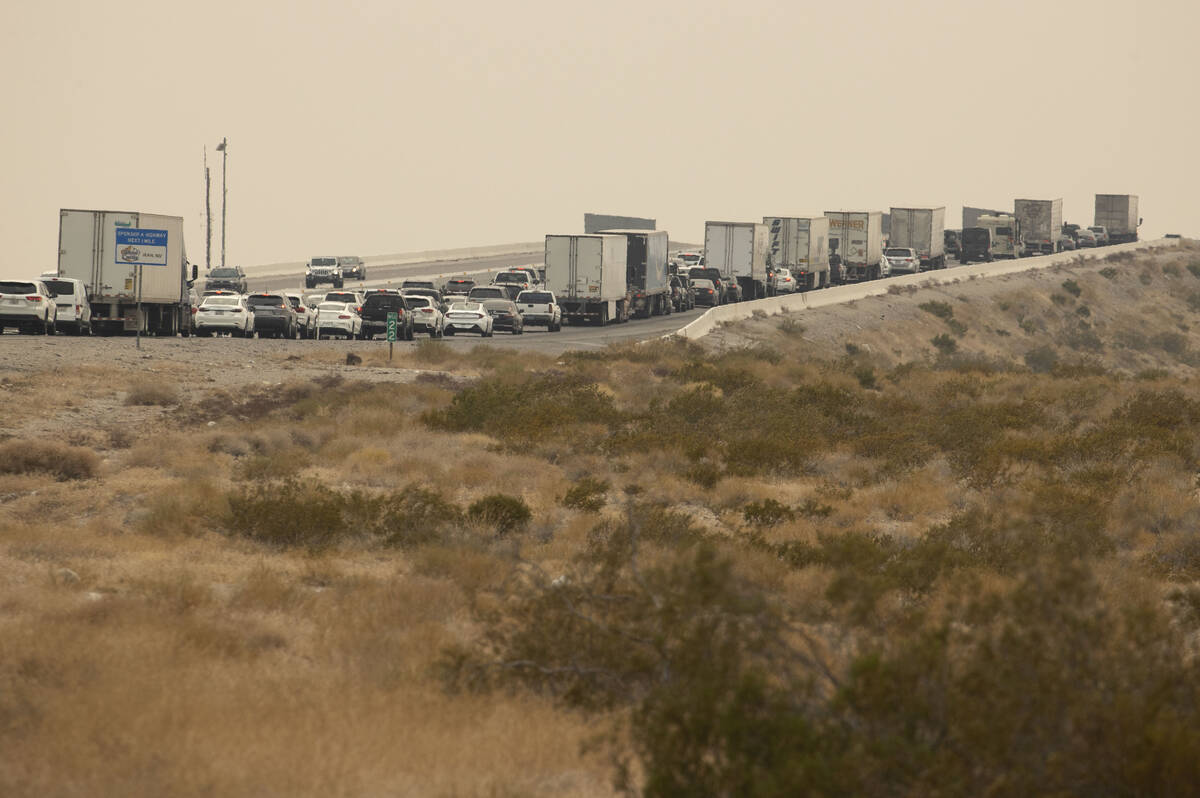 Thanksgiving weekend is expected to be one of the busiest for travelers in the last 20 years, according to AAA Nevada.

About 55 million people are expected to travel nationwide for Thanksgiving, a 1.5 percent increase over 2021 and 98 percent of pre-pandemic travel volume, according to AAA.

Of those, nearly 49 million people are slated to travel by car, with 4.5 million estimated to take to the air. That number represents an 8 percent increase in air travelers over 2021, AAA reported.

The organization did not have a Las Vegas Valley specific estimated traveler count.

“The upcoming holiday is projected to be one of the busiest for travel in the past two decades,” Brian Ng, senior vice president of membership and travel marketing for AAA Nevada, said in a statement. “Planning ahead will go a long way toward alleviating holiday travel stress.”

Part of that planning includes choosing the best times to hit the road before and after the busy holiday weekend.

Tuesday and Wednesday will see above-average traffic on Interstate 15 southbound near the Nevada-California border, with Thanksgiving Day expected to see light traffic on the stretch, according to the Regional Transportation Commission of Southern Nevada.

Friday will see normal traffic on I-15 southbound, with Saturday and Sunday forecast to see the heaviest traffic, leading the RTC to recommend that drivers avoid driving back to Southern California on those days.

“The long holiday weekend typically brings thousands of visitors to our city,” said RTC deputy chief executive officer David Swallow. “That means automobile traffic on I-15, particularly between Southern California and Las Vegas, is sure to be heavy. Traveling outside peak hours is a great way to beat the rush, and for those traveling throughout the city, transit is always a convenient and stress-free option.”

If travelers can wait it out, leaving Las Vegas on Nov. 28 is their best bet, with RTC estimating normal traffic flow on I-15 southbound near Primm.

This will be the first major holiday weekend since the 1-mile-long transition lane on I-15 southbound just after the Nevada-California border was opened to traffic. Traffic backups of up to 25 miles are routine for the stretch of the interstate after busy holiday weekends. It remains to be seen how much impact the lane and a 1-mile-long restriping effort on the Nevada side will have on holiday traffic.

RTC buses will be operating on a holiday schedule on Thanksgiving and Friday, for Family Day.

On average 45,000 vehicles enter Nevada from California via the I-15, and peak travels days during Thanksgiving weekend could surpass that.

Not only is that stretch of highway busy, it was also one of the most deadly in the nation, though the number of fatal crashes has been reduced through enforcement and education.

To keep motorists safe during the busy travel week, both the Nevada Highway Patrol and California Highway Patrol will increase traffic enforcement on both sides of the border.

Troopers will focus their enforcement efforts on I-15 between Primm and St. Rose Parkway.

There will be a “zero tolerance” policy in effect, meaning drivers will be ticketed with no questions asked even for the most minor offense.

The first few days of the long weekend troopers will concentrate on speeders, distracted drivers and those who violate laws to move over for emergency vehicles.

On Sunday, NHP will also target reckless drivers and motorists who use the shoulders to pass traffic as it builds up on I-15 southbound as Southern Californians head home after Thanksgiving.

Those traveling to their holiday destinations via commercial airlines should brace for packed airports.

Las Vegas has seen a strong return of passengers during the second half of the year, with the last several months breaking travel volume records.

“For those who have not traveled in a while, the airport is going to be busier than they remember,” according to a release from Harry Reid International Airport. “This means larger crowds and potentially longer wait times for everything from parking to airline check-in, security screening to food services.”

The Terminal 1 long-term parking garage likely will fill up and close, so airport officials recommend going straight to the Terminal 3 long-term garage and parking there. Travelers can then go through the TSA checkpoint at that terminal and take the tram to Terminal 1.

Those planning to park in the Terminal 1 economy lot should add an extra hour to their preparation time to allow for ample time to catch a shuttle bus from the lot to the terminal.

There are limited areas to pay for parking with cash at the exit gates, so travelers who plan to use cash are asked to do so at various kiosks before returning to their vehicles.

Travelers are also asked to come to the airport prepared and are urged to familiarize themselves with the airport and the latest security screening procedures ahead of their arrival.

Airport officials also recommend staying up to date on weather, as inclement weather in other cities can impact air travel nationwide. Staying on top of the latest information will help travelers not end up waiting at the airport longer than needed ahead of their flight if a delay happens.