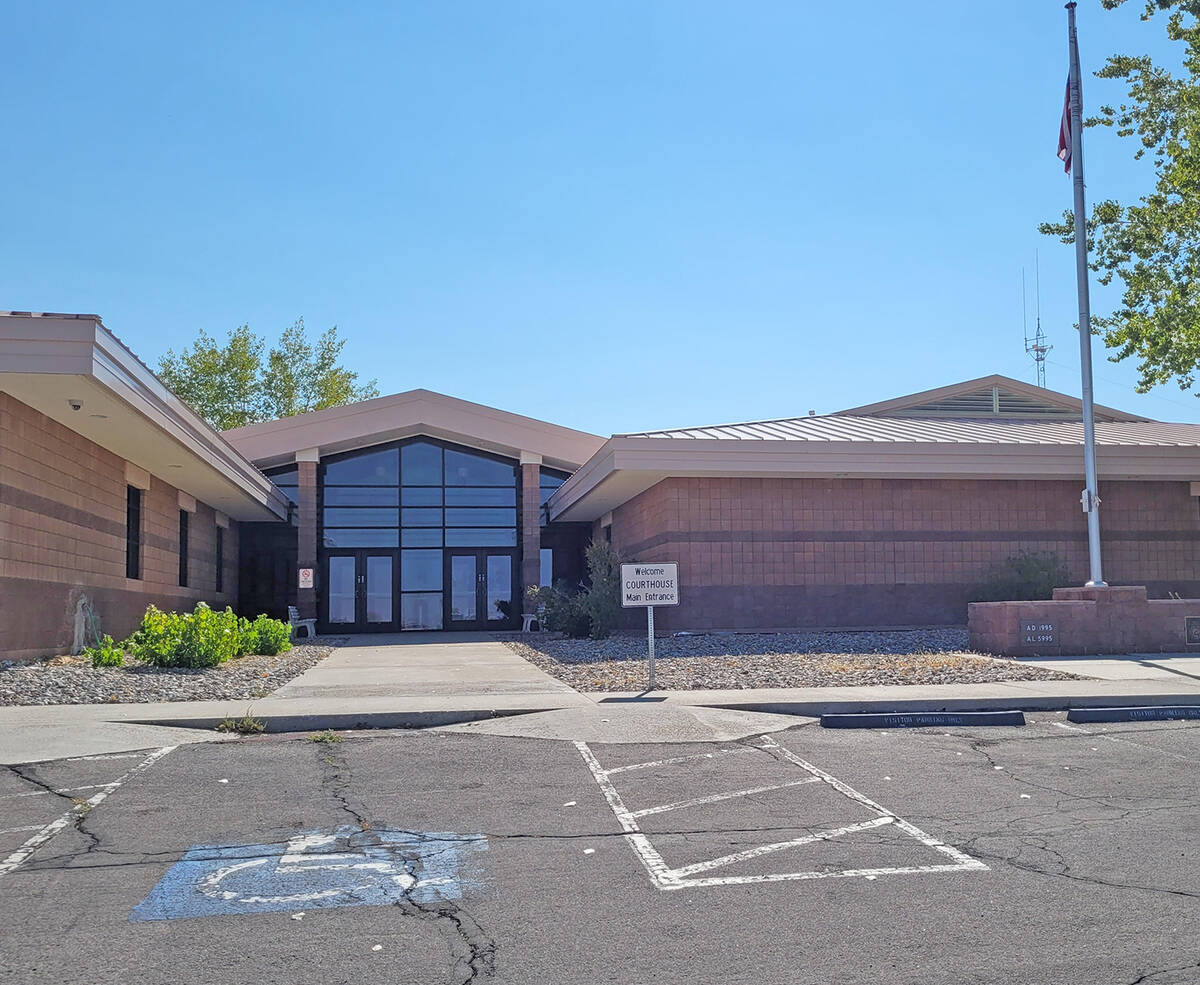 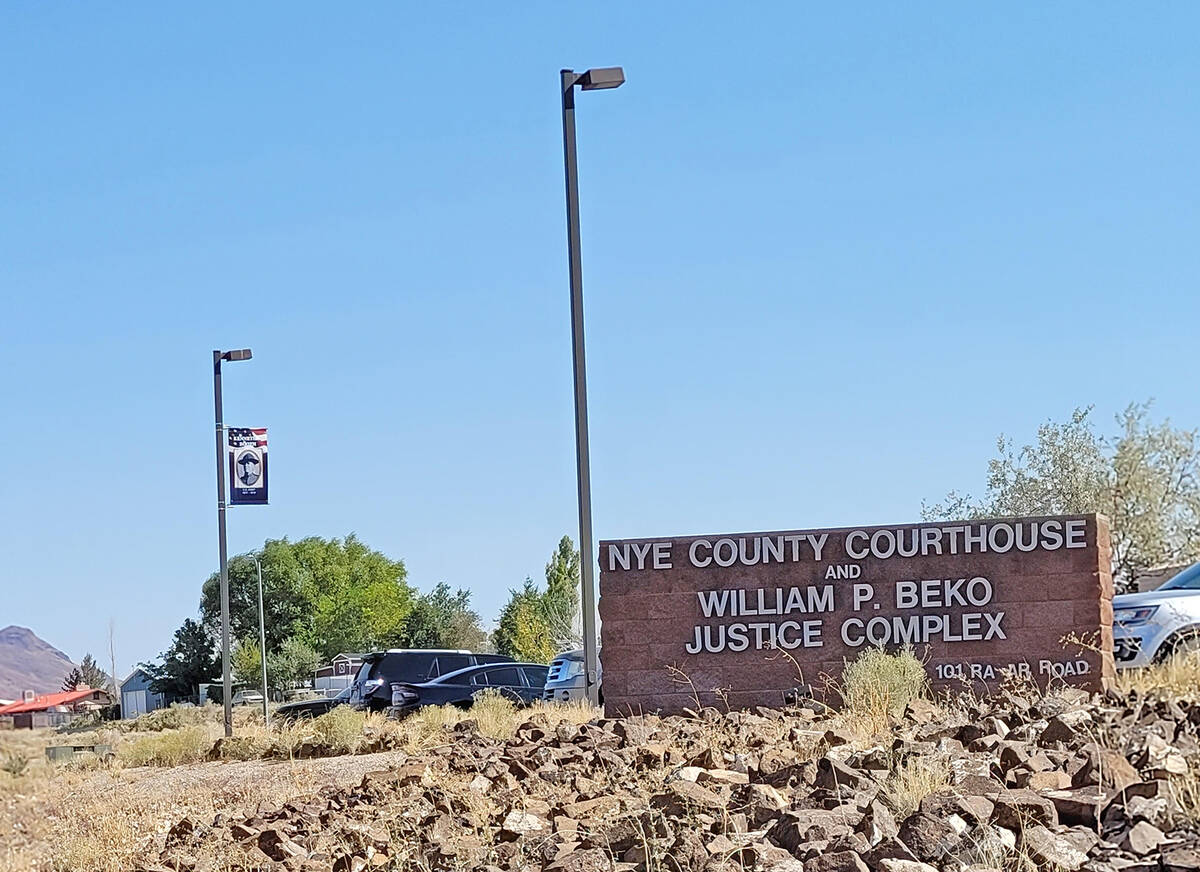 Teresa Martin/Tonopah Times-Bonanza The Nye County Courthouse in Tonopah is slated for a variety of upgrades following the awarding of a construction contract meant to address issues such as lack of space and safety and security concerns.

The Nye County Courthouse in Tonopah will very soon be seeing some long-awaited renovations that will provide a variety of improvements to the existing facility, with Sparks-based company Reyman Brothers Construction, Inc. awarded the approximately $321,000 contract during the Nye County Commission’s most recent meeting.

At that meeting, Justice of the Peace Jennifer Klapper reminded the board that the project is not a new concept as it was originally addressed on July 2, 2019, at which time the commission granted approval for the project.

“Since that time, there have been many discussions between the courts, IT, buildings and grounds and finance to create a plan that works best for everyone to make this project successful. Then, COVID happened,” Klapper said. “We’ve all been in a little bit of a tailspin since that time.”

With the onset of the COVID-19 pandemic, Klapper said some of the problems in the court became glaringly obvious, with staff literally unable to socially distance within their working space.

“We were unable to place barriers at work stations and some of the work stations are about three feet apart, person to person. Lack of space, the setup, we weren’t able to do it,” she remarked.

Klapper said that was not the end of their challenges, either, as those working in the courts found that they were not able to work remotely, due to the computer system that is used. That system has specific firewall requirements and the necessary firewall is not compatible with a laptop computer, adding to the court’s difficulties. However, the duties of the court were not put on hold simply because of the public health crisis and she and her team managed to figure out a way to continue serving the public throughout the pandemic.

“We did work out a plan during COVID where we did work five days a week. Myself and a minimum of one staff member were present every day during the pandemic to be sure that we are able to accommodate the needs of the public. So in a nutshell, we have literally outgrown our space,” Klapper detailed, noting that at this time, one staff member even has to work out of the break area. Additionally, the courts use a copier that cannot be located in any other location than by the public service window, which creates an issue with communication between staff members and residents who are needing assistance.

Outside of the issues underscored by the pandemic, Klapper said the Tonopah Courthouse faces a variety of other problems that would all be addressed by the improvements project.

“Technology has grown in leaps and bounds and requires outlets and electricity,” Klapper explained. “That is something that we found we are severely lacking in. In our office, there are multiple extension cords and power strips. When the building was built, there was not enough electricity allocated to our end of the building, our office, and that also does bring up some safety concerns, when you have all of those plugged in to plugged-in items.

“Our lighting is also outdated,” she continued. “We’re still working with ballast lighting, there are multiple colored light bulbs in our office and there are no windows, so there is no daylight to help us compensate for those differences in lighting. The heating and cooling system is inconsistent and is not functioning in the area that we plan to remodel.”

Moving on to the safety and security concerns, Klapper said the courthouse does not have an employees’ entrance, “… which makes it dangerous for myself and employees of our office when we have an agitated person, which does happen in the court, in the lobby area and it’s our only way in or out of the office.” On top of this, there is no bulletproof protection of any kind in the courthouse, leaving the clerk’s staff in a vulnerable situation.

Following Klapper’s comments, Nye County Commissioner Leo Blundo turned to the funding portion of the item, asking Nye County Comptroller Savannah Rucker how the court would fund the $146,686 that does not have a dedicated funding source. Rucker said the county could use American Rescue Plan Act funding, as the project will allow for social distancing, or alternatively, the county capital projects fund could be utilized, as it contains plenty of cash to cover the cost.

Before the item came to a close, commissioner Bruce Jabbour chimed in to remark that the total cost of the project may be reduced in light of the county’s performance contract with Siemens Industry, Inc., which is working to address energy efficiency projects at many of the county buildings.

The motion to award the contract passed unanimously.