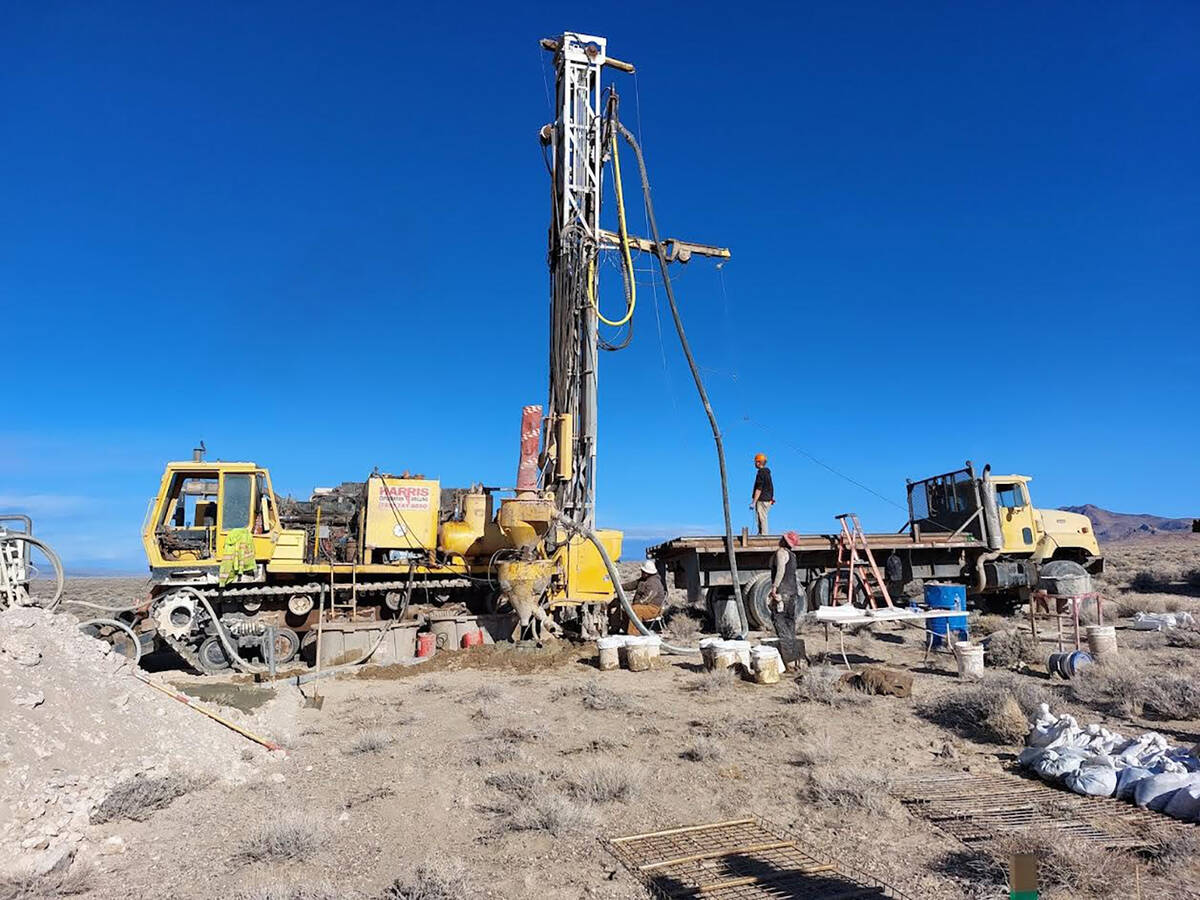 Special to the Pahrump Valley Times This photo shows exploration drilling at the Tonopah lithium claims north property, with small drilling sites minimizing the environmental footprint of the drilling. 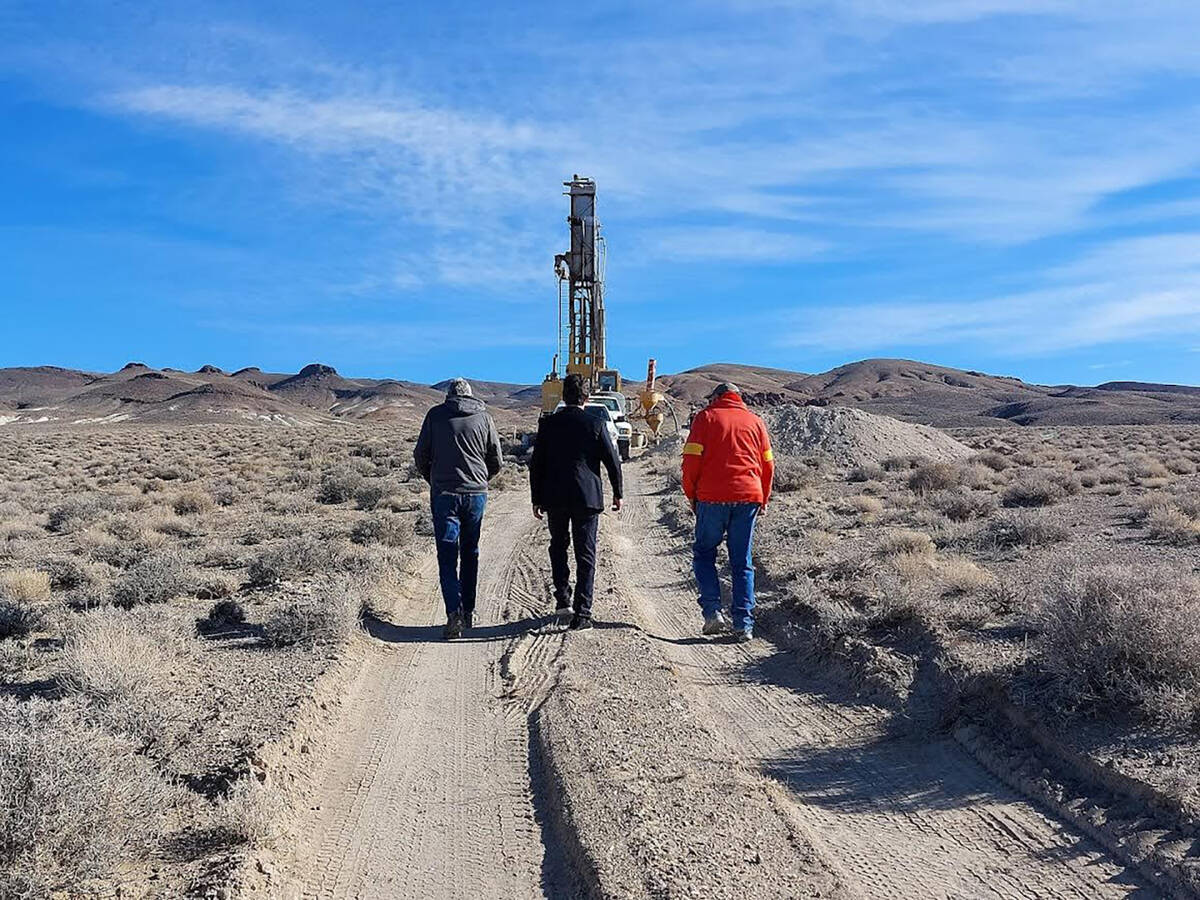 Special to the Pahrump Valley Times Another view of the drilling at the Tonopah lithium claims site, as well as the surrounding topography. 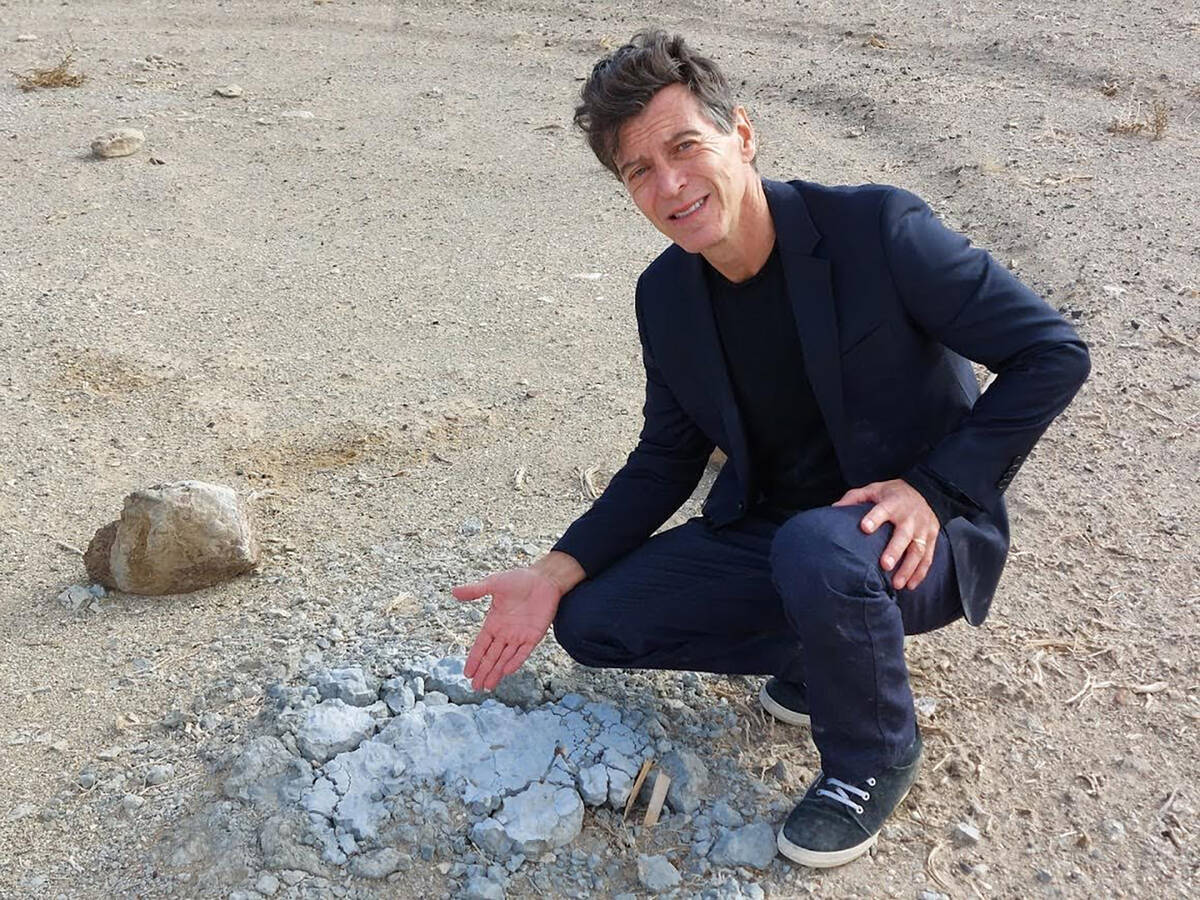 Special to the Pahrump Valley Times Each concrete-capped drill hole at the Tonopah lithium claims site has a footprint not much larger than a human footprint, as can be seen in this photo. 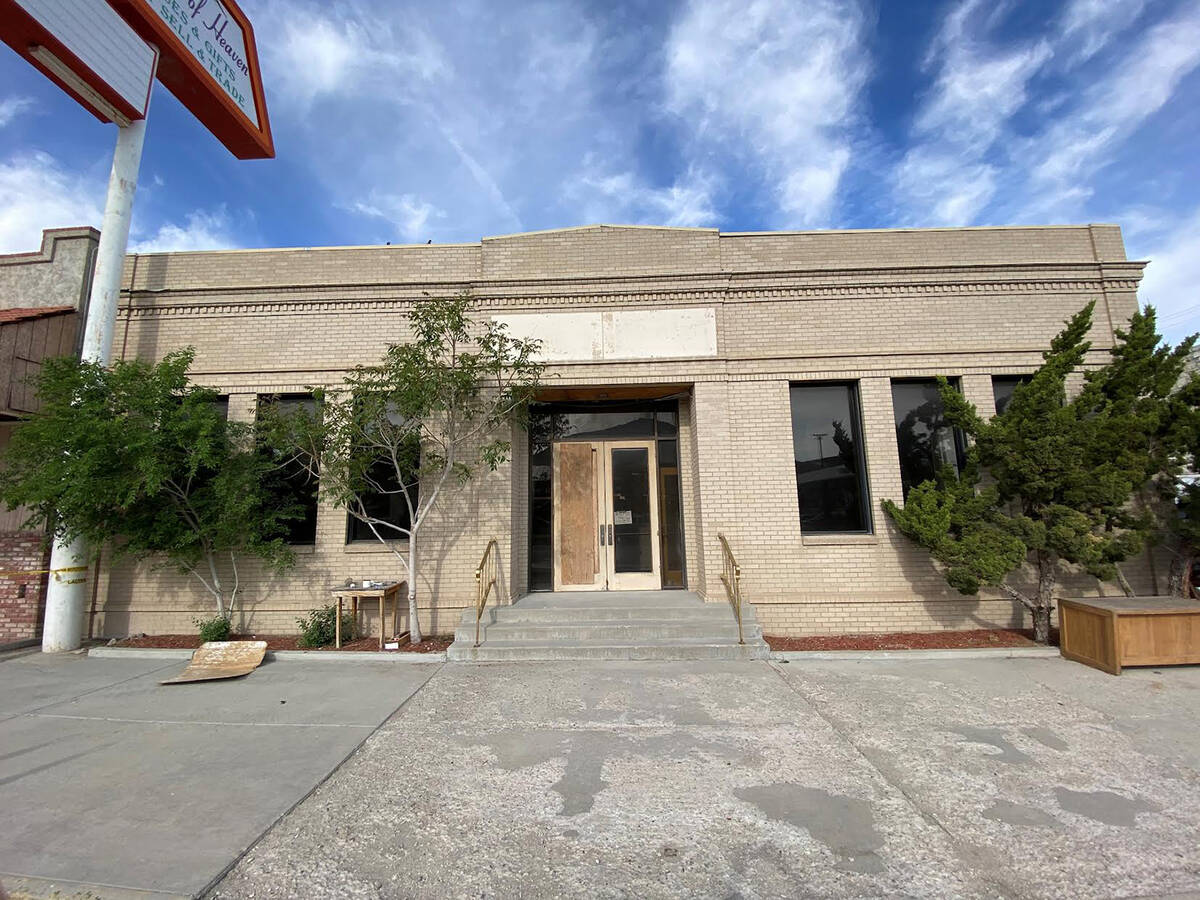 Special to the Pahrump Valley Times The Tonopah Lithium Corp office is located at 127 Main Street in Tonopah.

With the world’s technology ever-advancing and lithium a key component of the batteries that power everything from cellphones to automobiles, the mining of this valuable mineral is booming. Companies all across the globe have been rushing to get in on the lithium craze and this branch of the mining industry is expected to be a huge moneymaker long into the future, with trillions of dollars to be made by those who can locate and effectively extract lithium from the various deposits scattered around the planet.

One of the most promising locations for lithium in the United States is right here in the Silver State, with Nevada home to a vast array of lithium claims, including those owned by the Tonopah Lithium Corp., formally known as the American Lithium Corp. With 13,000 acres of unpatented mining claims roughly six miles northwest of this Nye County community, Tonopah Lithium Corp. is preparing to enter into a mining project that already shows enormous potential. As Mike Kobler, general manager of U.S. operations for Tonopah Lithium Corp., noted, the company’s claims are likely one of the biggest in Nevada and, as it stands today, the resource is already estimated to have a value equivalent to 200 million of ounces of gold.

Kobler was in attendance at the Nye County Commission’s Nov. 2 meeting to provide an overview of the Tonopah lithium claims and said this particular deposit is something quite special, as it has a distinctive mineralogy that sets it apart from many other lithium deposits, and the company is eager to continue moving forward in its process to make its new lithium mine a reality.

“We purposely kept it quiet until we were well-developed along the permitting lines and along our engineering and our geological sciences,” Kobler explained for commissioners that morning, noting that this may be the first time many were hearing about the Tonopah Lithium Corp.’s plans for the area.

“The company has two quality lithium projects in TLC (Tonopah lithium claims) and a project in Peru… Nevada and Peru are the top mining jurisdictions in the world,” Kobler stated. “We are well funded, we have $16 million in cash and we just raised $35 million so we will have $50 million in cash in the bank and that funds our operations for the next two years, so we are on very good financial footing.”

In addition to having secured vast financial resources, Kobler said the location of the Tonopah lithium claims was ideal for a variety of reasons. First and foremost, there is necessary infrastructure already in place and with Tonopah not far off from the claims’ location, the company has access to a skilled workforce as well.

Due to the flat-lying nature of the deposit, mining will be a bit easier than is typically seen with lithium. Kobler explained, “One of the unique things about the way that this project is set up is that we are going to be able to mine and backfill at the same time, so this is not an open-pit mine. This is what we call a ‘cut and cover’ mine. At the end of life of this mine, and as we go along, it will be completely reclaimed.”

As to the deposit’s uncommon mineralogy, Kobler remarked, “We have a very unique mineralogy which is different than all of the other claystones. That is, this claystone leaches in five minutes. So it allows us to be able to go and extract the lithium in a very cost-effective manner.

“The other thing that is unique about our lithium is we are able to concentrate it,” he continued. “Which a lot of other producers can’t do. We can go from what everybody says is a low grade and we’re able to double the grade and then we can leach it, and leach it quickly. The significance of that is we are not limited to putting it into big vats and holding it for hours and days to get the lithium out.”

The availability of water rights was another positive connected to the location, with Kobler stating that the company has already managed to secure $1 million in water rights from one ranch and was in negotiations to purchase a further $3 million on water rights, all of which he said the company would continue to use for farming activities until they are needed for the mining operation itself.

The Tonopah Lithium Corp. has submitted its plan of operations to the Bureau of Land Management, which approved that plan and is now moving into the environmental assessment phase. As for the next steps, Kobler said the company will be disturbing roughly 106 acres for 110 new drill sites and five bulk sample test pits and will be securing a bond of over $1 million.

“This plan of operation drilling will start in December,” he added.

The Tonopah lithium claims would, of course, become a source of tax dollars for the county but there was another potential benefit that those in the Tonopah area will be delighted to learn of.

“One of the big things that, hopefully, we are going to bring about is a hospital and medical here in town,” Kobler said, noting that half of his current staff has health issues that require regular medical care and it would be in the company’s best interests, as well as the best interests of the residents, for additional medical services to be brought to the area. The company will also be creating an array of well-paying jobs and plans to work closely with the community to support community enhancement initiatives.

When Kobler’s presentation came to a close, commissioners appeared to be enthusiastic about the potential the project was showing.

In preparation for its mining operations, Kobler said the company has purchased a building in Tonopah to establish a presence in the town, with the new Tonopah Lithium Corp. office located at 127 Main St.

To review the presentation documents, visit www.NyeCounty.net and click on the “Meeting Center” link, followed by the Nov. 2 Nye County Commission agenda. A variety of contacts for the company are included in that presentation packet.

More information on the Tonopah Lithium Corp. can also be found at www.AmericanLithiumCorp.com