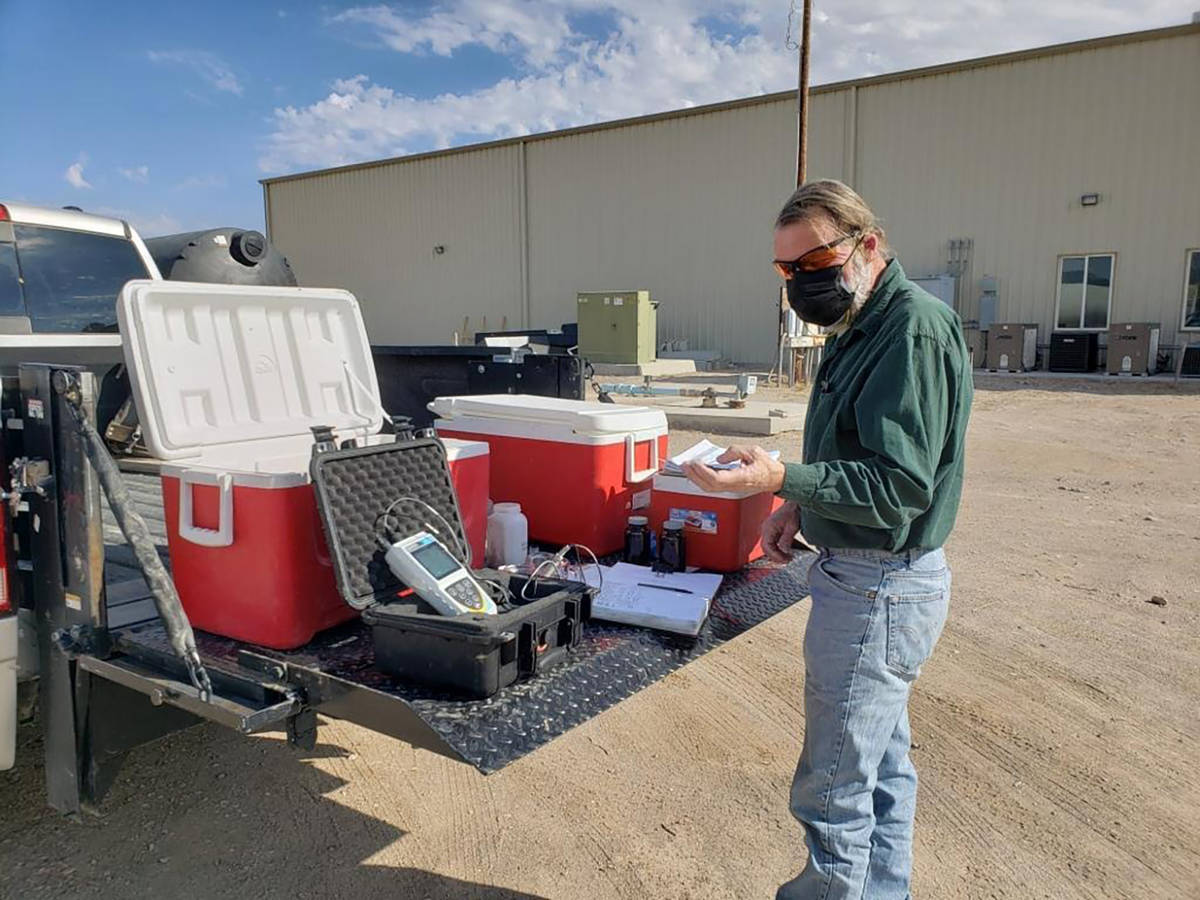 Special to the Pahrump Valley Times The Nye County Tritium Sampling and Monitoring Program has, for the sixth year, demonstrated that there are no detectable levels of tritium in the groundwater coming off the former Nevada Test Site. 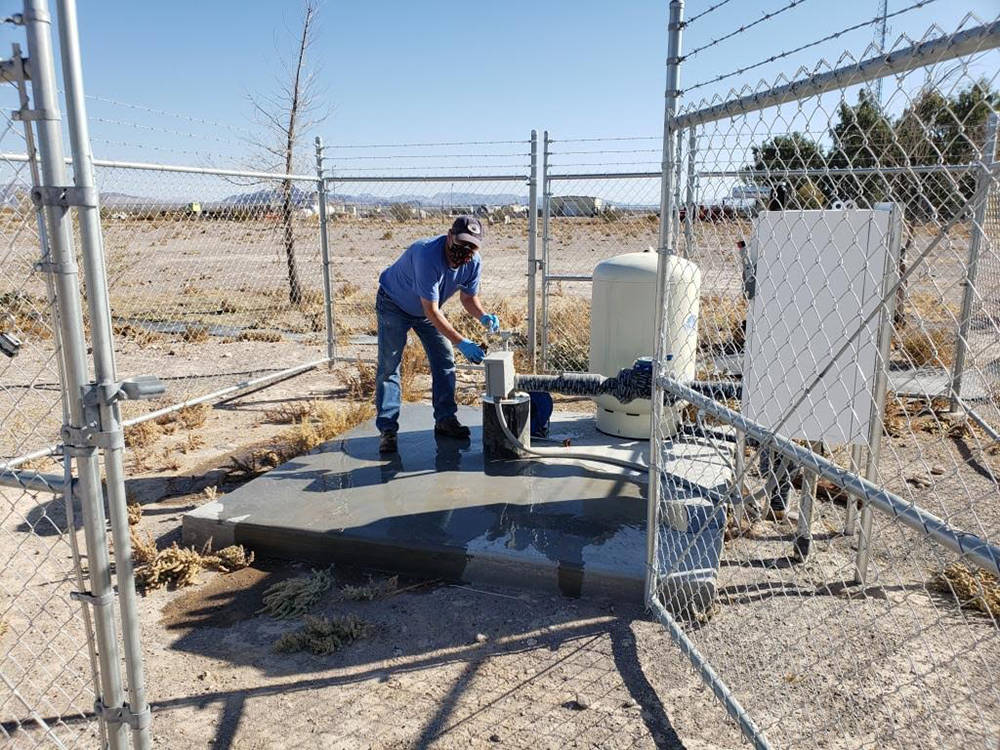 Special to the Pahrump Valley Times Nye County Geoscientist John Klenke is pictured pulling a water sample from a well located at the Amargosa Elementary School in 2020.

For the sixth year running, tritium sampling performed by Nye County has shown that there are no detectable levels of the radioactive isotope in the groundwater downgradiant of the Nevada National Security Site, formerly known as the Nevada Test Site.

“2020 was the sixth year under the seven-year grant and Nye County sampled 18 wells and two springs. Samples were from the same general area as in previous years… in the vicinity of Beatty and Amargosa,” Nye County Nuclear Waste Repository Office Geoscientist John Klenke reported, referring to sampling performed from 2015, when the program was initiated in Nye County, to 2019. The grant funding is provided by U.S. Department of Energy Environmental Management Office.

All of the wells and springs sampled are located in the path flow of groundwater coming from the former nuclear test site, where decades of nuclear weapons testing was performed. As a result of this testing, both the public and government officials had harbored concerns about the possibility of radioactive materials making their way to communities and threatening public health and safety. As such, the Nye County Tritium Sampling and Monitoring Program, better known as TSaMP, is one method being utilized to ensure that the groundwater is still safe.

Klenke detailed that the 2020 samples were pulled between October 20 and December 2 of last year, with 10 of what are referred to as ‘core wells’, which are locations tested each year, sampled. Of the 10 core wells, nine are actual wells while one is a spring. In addition, another 10 new locations, including nine wells and one spring, were also sampled.

According to the report provided by Klenke, each of the samples from 2020 were shown to have tritium levels of below 292 or 296 pico curies per liter. The samples were analyzed in the standard fashion, which is referred to as “unenriched”. The company performing that analysis was Radiation Safety Engendering Inc., out of Chandler, Arizona. Klenke noted that for quality assurance, there were four duplicate samples and three blank samples submitted along with the regular samples.

Tritium is a radioactive form of hydrogen and is one of the most abundant radionuclides generated through underground nuclear testing. On top of this, tritium is also highly mobile, as it becomes a constituent of water molecules, and this is why this particular isotope is the focus of the monitoring program.

It acts as something of an early warning system for scientists studying the results of the fallout from America’s legacy of nuclear testing. If tritium were ever to be detected in the groundwater, it would indicate to officials that other, more potentially hazardous radioactive materials could be making their way through the groundwater as well. When sampling consistently shows no detectable levels of tritium, this reassures scientists and the public that those other dangerous chemicals are not contaminating the water they use for their daily lives.