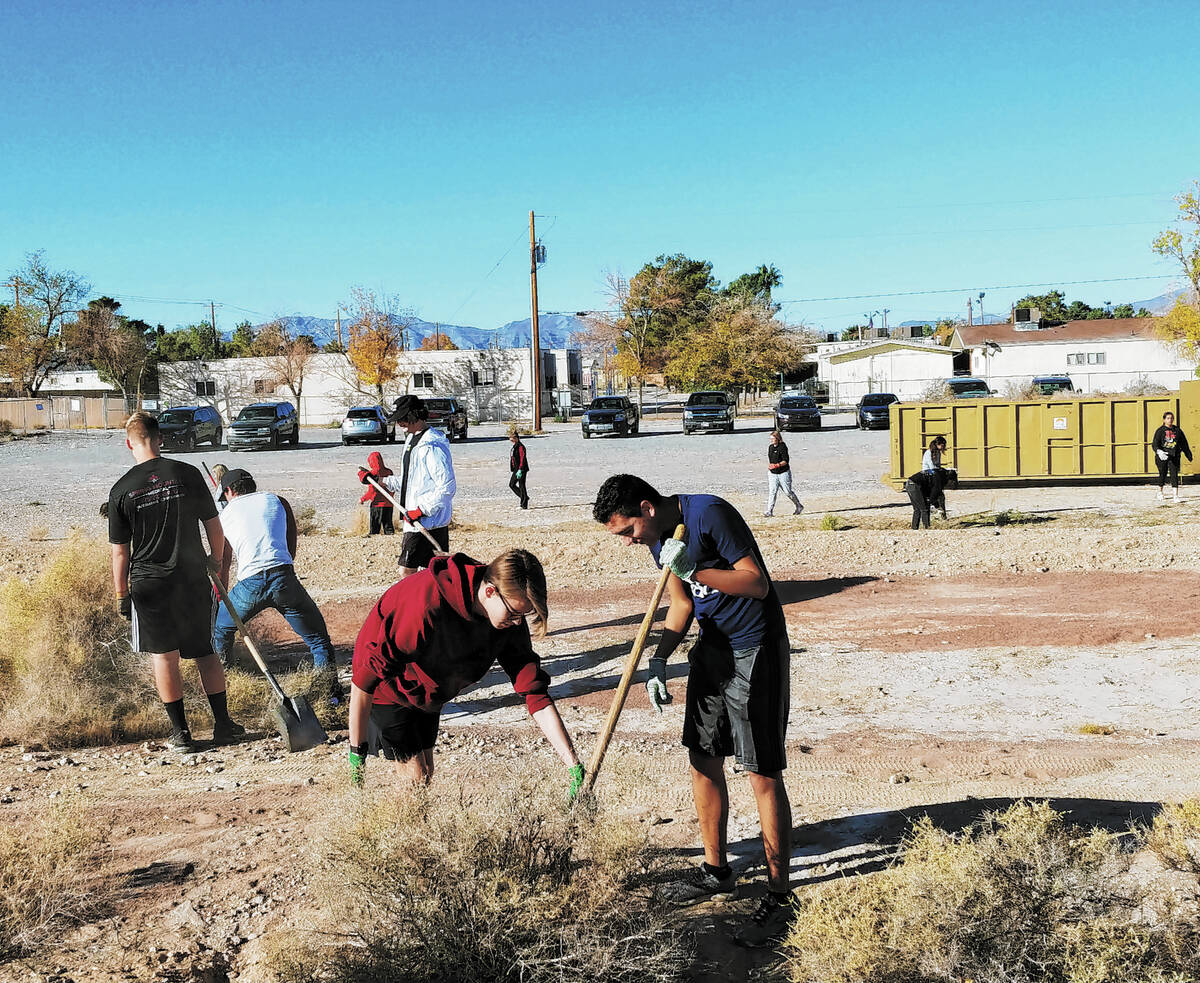 Special to the Pahrump Valley Times Last year’s historic rainfall and flooding in town wreaked havoc at Trojan Park. Following a massive clean-up effort, a new sand volleyball court has been installed at the park. 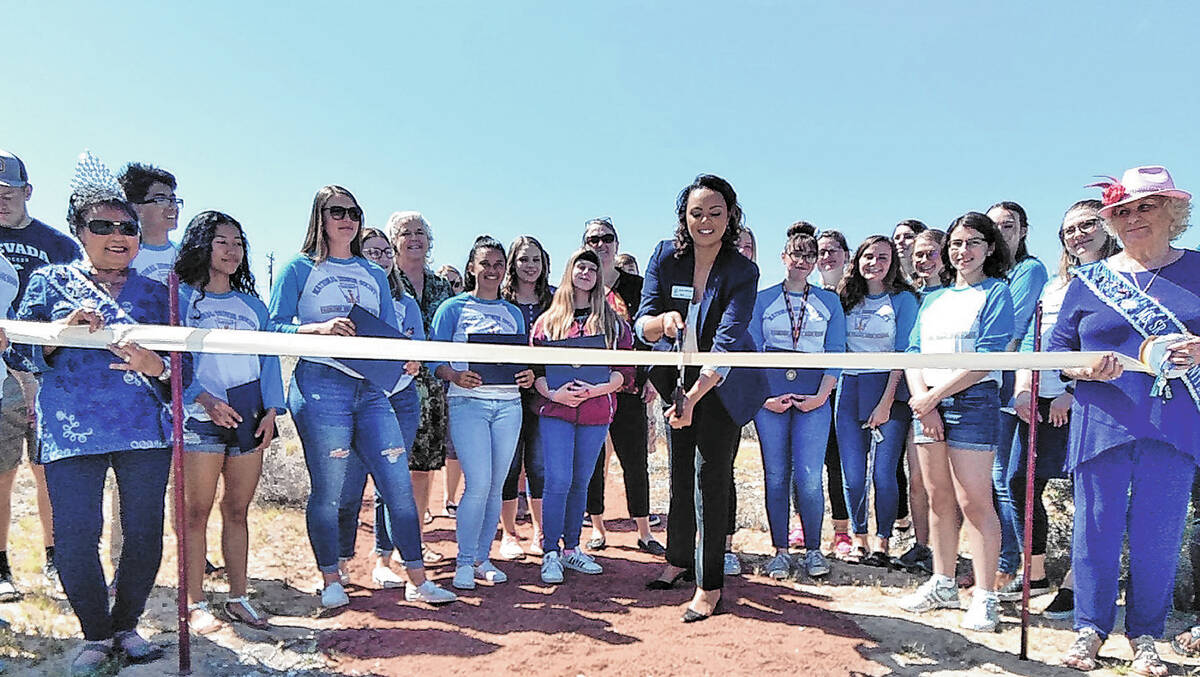 Additional amenities have recently been added to Pahrump’s Trojan Park.

Located along East Wilson Road, development of the park began roughly four years ago by students in Pahrump Valley High School’s National Honor Society (NHS), according to advisor Tricia Martin, who said a second grand opening is scheduled for Saturday, May 7.

A representative from Sen. Catherine Cortez Masto’s office will also attend the 9 a.m. ceremony to provide the NHS students with a special commendation for public service.

Martin noted that last year’s historic rainfall and flooding in town wreaked havoc at the park by creating debris flows and damage in and around Trojan Park.

“We had a cleanup effort a little over a month ago,” Martin said. “It was a period of about half a dozen Saturdays of students picking up all the sagebrush and lots and lots of debris, along with repairing all the damage from the floodwaters. It also looks like people are using the park almost every day.”

“The kids came up with the idea of installing a sand volleyball court,” she said. “The whole purpose of the park was to give the high schoolers and even older people a place that they can go. There’s no swing sets there on purpose because it’s for adults and young adults. I didn’t know we have a bunch of volleyball enthusiasts in town, but apparently they sometimes have trouble getting one of the school’s gyms, so now, they’ve been really tickled to have a place to play.”

Due to its location, there is limited parking access at Trojan Park, but Martin says she is working on alleviating that issue.

“We’re working on asking the community church across the street if we can provide overflow parking there,” she said. “When we started this National Honor Society project, I never thought we would need overflow parking at that location.”

Additionally, Martin noted that the park has grown to the point where a citizen’s committee has been established.

The action was permitted by the Nye County School District, where officials from the nearby NyE Communities Coalition and leadership from the National Honor Society, will meet several times each year to discuss the park project and report directly to the superintendent.

The sand volleyball court is the newest amenity at that location. Trojan Park debuted with a horseshoe pit, which was installed by the Job Corps group at NyE Communities Coalition, along with walking trails, and a nine-hole disc golf course.

Park hours are from dawn to dusk.