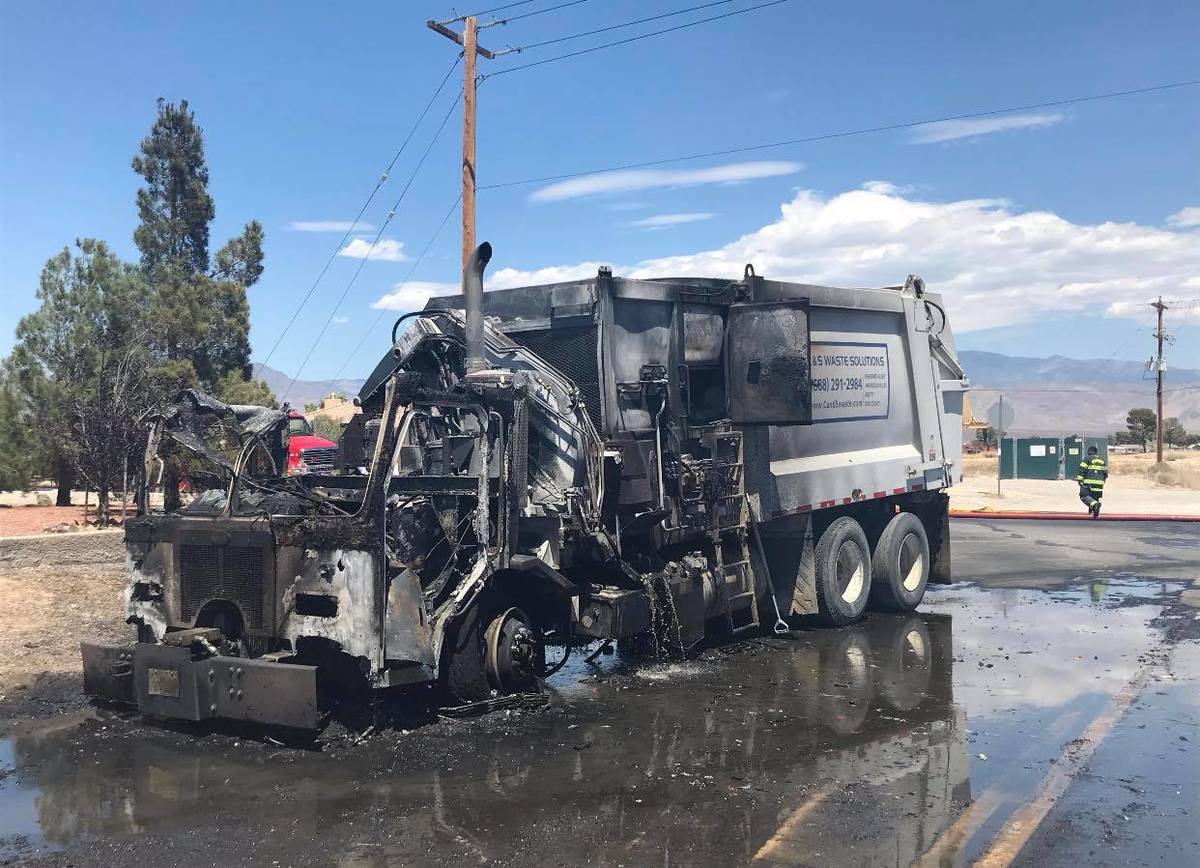 Nye County Sheriff's Office Pictured is a screenshot of a garbage truck fire that occurred on Wednesday, June 2, 2021 in Pahrump. 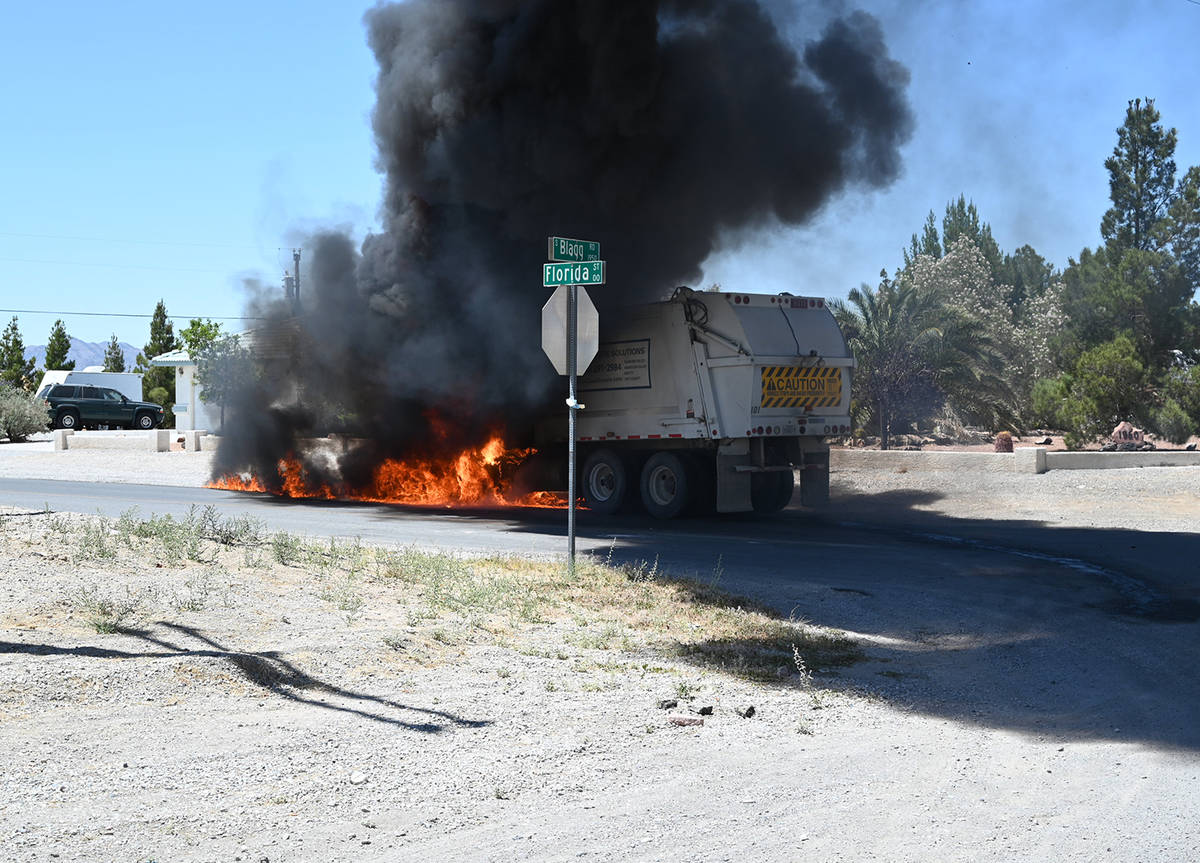 Special to the Pahrump Valley Times No serious injuries were reported following a Pahrump Valley Disposal truck fire early Wednesday afternoon June 2. The cause of the fire appears to be from mechanical failure, according to Pahrump Fire Chief Scott Lewis.

Mechanical failure appears to be the cause of a Pahrump Valley Disposal truck fire which broke Wednesday afternoon June 2, at the intersection of Florida Street and Blagg Road.

Lewis noted that as crews were responding, a large dark-colored smoke column was observed, therefore, an additional apparatus from Station-5 was added to the assignment.

“If the trash truck was full, there could have been a significant fire event in a residential area,” he said. “As crews arrived, we found a well-involved trash truck, with the majority of the fire in the area of the cab in the chassis. The fire was beginning to extend into the storage area which contained the household trash that was recently picked up, however, the storage area of the garbage was not directly involved.”

Lewis also noted that crews were fortunate that the fire occurred in an area with water suppression hydrants.

“The first engine established a water supply, and then stretched two attack lines and quickly controlled the fire with no extension to the nearby dwellings,” he said. “Once under control, crews determined that it appeared to be a failure of equipment, probably that of the hydraulic lines which precipitated the fire, once it reached an ignition source.”

“The Pahrump Valley Fire and Rescue and the Department of Emergency Management Hazmat team responded with the crews from the trash hauler, worked collaboratively together to not only contain the spill, but to clean up the spill within hours of the actual fire event. There was no exposure of hazmat materials to any of the properties, as it was held to the road surface in a drainage ditch on each side. No waterways were damaged and the air quality was in good shape.”

The following day, Lewis said he went back to personally inspect the scene.

“You can barely tell there was even an event there,” he noted “Mike Smith from Pahrump Valley Disposal was the coordinator from their side, and he just did a really good job.”

Lewis also said though the driver of the truck was medically assessed on scene, he declined transport to the hospital.

“It’s also our understanding there might have been a second person who self-transported to the hospital, for possible smoke inhalation prior to the fire department’s arrival, and we’re still investigating that portion of the incident.”