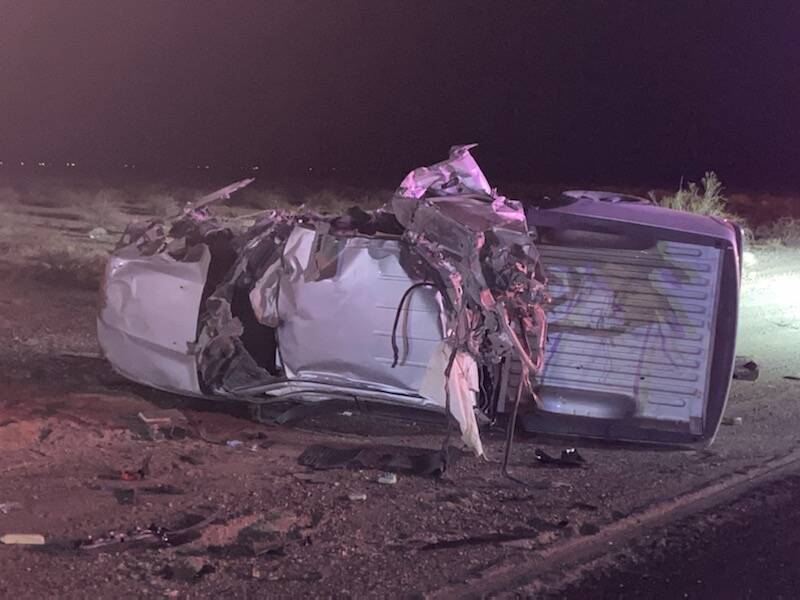 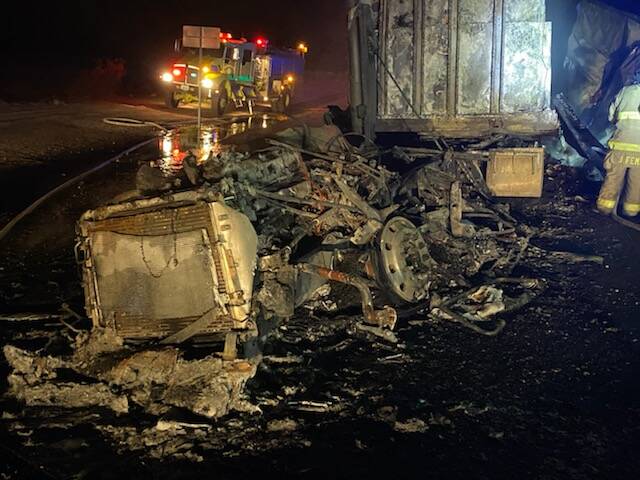 “As crews were responding, we were notified of a significant impact,” Lewis said. “The semi-truck was fully-involved and there was possible entrapment. As we arrived on location, we found the accident as described except for the fact that there was no entrapment.”

Lewis also said that the cab of the semi-truck was fully-involved in flames and extending to the cargo trailer, which contained an abundance of food products by way of Amazon, while the other vehicle was resting on its side roughly 40 yards from the semi-truck, with a large debris field scattered along the highway.

“While the driver of the pickup was injured, he refused medical transport,” he noted. “Amargosa fire extinguished this semi-truck fire and all crews were released in about two and a half hours. It was a very significant accident as far as the extent of damage sustained, and it was extremely fortunate that both parties walked away from that accident considering the high velocity of the impact.”

Lewis went on to say that the initial investigation led authorities to believe that one person may have fallen asleep while driving.

He also issued a brief caution for other drivers while traveling early in the morning.

“Overall it was a successful outcome, which could have been much different than that,” he said. “As far as drowsy driving, just pull over to the side of the road and take a nap, but make sure that if you do, you are well off the roadway. Don’t park your vehicle exactly on the shoulder, and let your friends and relatives or someone know that you’re actually doing that so they don’t worry unnecessarily also, but avoiding that unnecessary type driving is going to save lives and in this case, it could have easily have taken two lives.”