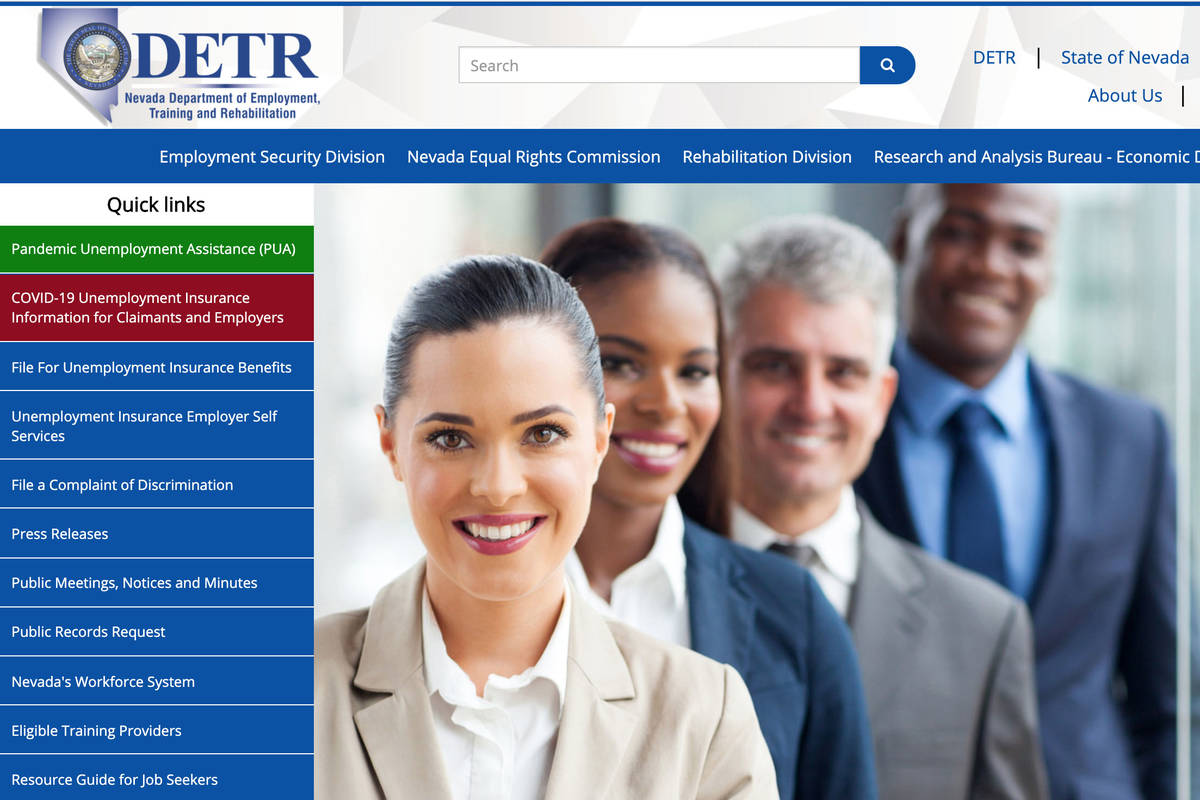 A screenshot of Nevada Department of Employment, Training and Rehabilitation's website. (DETR) Continued claims, which represent the current number of insured unemployed workers filing weekly for unemployment insurance benefits, fell for the second straight week to 228,203, a decline of 12,143 claims, or 5.1%, from the previous week’s total of 240,346. This is the fewest continued claims since the report week ending April 11 when there were 189,007 claims filed.

Finalized data from the Nevada Department of Employment, Training and Rehabilitation shows initial claims for unemployment insurance totaled 8,858 for the week ending Aug. 22, down 2,080 claims, or 19.0%, compared to the prior week’s total of 10,938 claims. This is the fewest initial claims filed since the week ending March 14.

Continued claims, which represent the current number of insured unemployed workers filing weekly for unemployment insurance benefits, fell for the second straight week to 228,203, a decline of 12,143 claims, or 5.1%, from the previous week’s total of 240,346. This is the fewest continued claims since the report week ending April 11 when there were 189,007 claims filed.

PUA continued claims totaled 107,334 in the week ending Aug. 22, a decline of 12,862 from the previous week’s revised total of 120,196. Weekly PUA continued claims are now reported by the benefit week claimed. This follows the reporting procedure for regular continued claims and allows us to understand the number of unemployed workers filing weekly for PUA benefits.

Nationally, the advance figure for seasonally adjusted regular initial claims was 1,006,000, a decrease of 98,000 claims from the previous week’s revised level of 1,104,000. The national insured unemployment rate for the week ending Aug. 15 was 9.9%, a decrease of 0.2 percentage points from the previous week’s revised rate. The national rate is reported with a one-week lag.