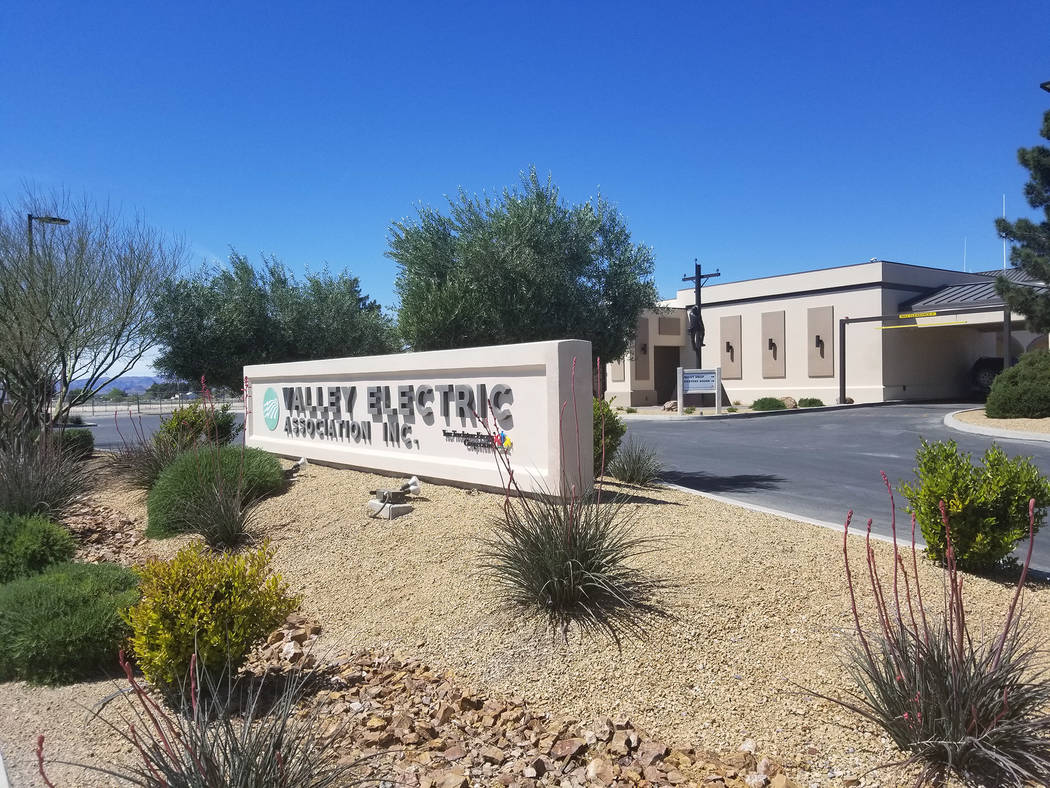 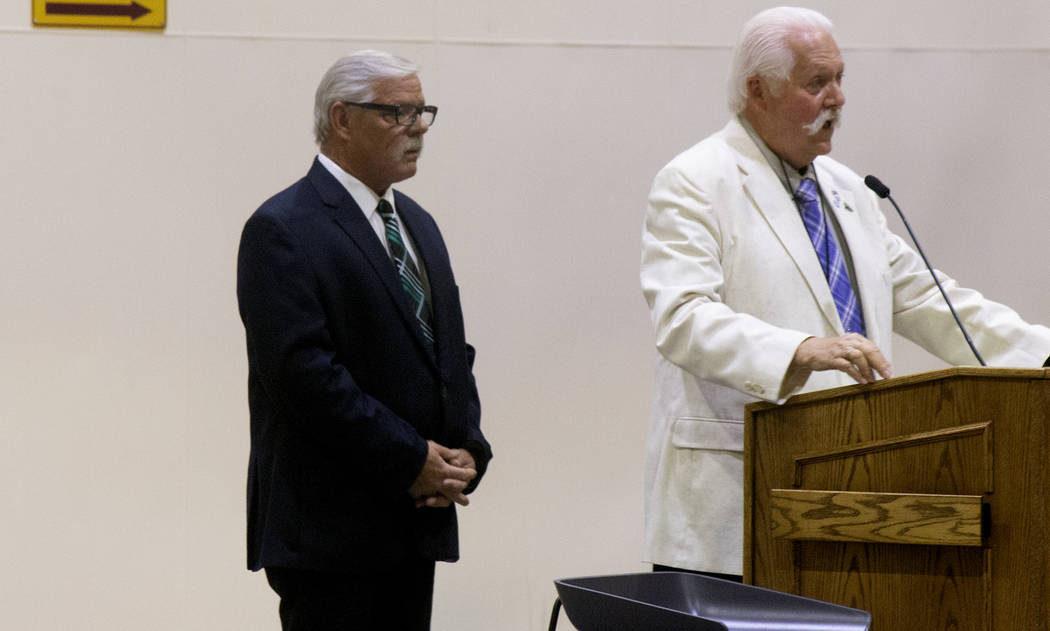 Jeffrey Meehan/Pahrump Valley Times Pete Gazsy, District 1 director for Valley Electric Association Inc. (right), stands with Ken Derschan, president of Valley's board (left), at the co-op's annual meeting on April 27, 2019. Derschan resigned from the co-op's board on May 1 just days prior to Gazsy's resignation.

The vacancies on Valley Electric Association Inc.’s board were filled this week.

Valley’s board of directors selected Michelle Caird, of Pahrump, for the co-op’s vacant board seat in District 1, with Terrie D’Antonio being named to the cooperative’s vacant District 5 seat (Sandy Valley), Dave Hall, Valley’s board president, announced in a news release on Tuesday.

Hall noted the lengthy nonprofit experience of both applicants “as significant factors in naming them to the board” in Valley’s news release.

Caird was a board member of Inland Power and Light Co. in eastern Washington for 18 years, and D’Antonio recently retired after serving 13 years as president and CEO of HELP Southern Nevada, according to the Pahrump-based co-op.

“D’Antonio previously served as the director of marketing for the Las Vegas Water District,” Valley’s release stated. “She also served as chief of recreation for the City of Las Vegas and as director of resident services for the Department of Housing and Urban Development.”

Both D’Antonio and Caird were appointed to the board seats by a unanimous vote of the board, according to Valley. Both of the new appointees are expected to be at the next board meeting, scheduled for June 26.

Both seats became vacant in early May after the resignation of Peter Gazsy (District 1) and then-board president Ken Derschan (District 5).

Per Valley Electric’s bylaws, the seats are filled by appointment by the remaining board members. Applications for both positions were accepted through May 30, according to Valley.

The board chose Caird out of a pool of 22 applicants for the District 1 seat. A pool of four candidates applied to the District 5 seat.

“A phenomenal number of candidates applied, which was impressive,” said Hall in a release from Valley. “There were many well-qualified people.”

Gazsy and Derschan were both targets of a members’ group known as VEA Members for Change that have actively been trying to remove several of the co-op’s board members since early 2019. The group launched its petition-signing drive in February over rising rates for residential electricity and broadband customers of the co-op.

Hundreds of members came out to sign the petition to remove several of Valley’s directors. That effort was increased with later announcements of an alleged financial cover-up at the co-op.

Allegations by the Nye County Sheriff’s Office include that “hush money” was paid to current and former Valley employees to keep quiet about former CEO Thomas Husted’s alleged sexual harassment of a female employee.

Husted has not been charged with anything.

Members for Change reached its goal of signatures earlier in 2019, but the group has been in a battle with Valley over the interpretation of the co-op’s bylaws on how to remove a board of director.

Valley has argued that board members need to be removed by district, where 10 percent of the members of a district would have to sign Members for Change’s petition to remove a director in that district, according to the co-op’s interpretation.

The board members that were targeted by the original petition still active on the co-op’s board are Dave Dawson (District 6, north Pahrump); Richard Johnson (District 3, Beatty); and Hall.

According to the Members for Change Facebook page, it is actively seeking more signatures to remove Dawson.