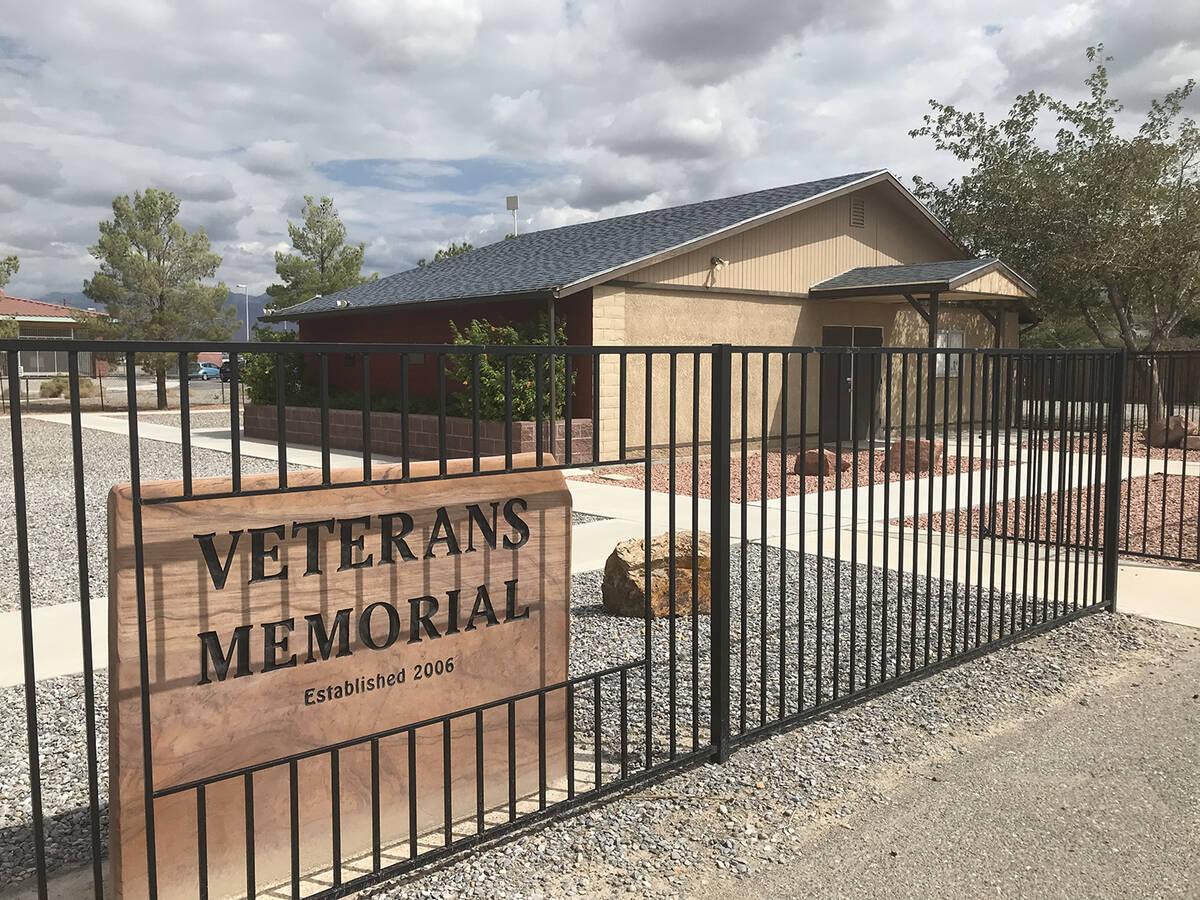 Robin Hebrock/Pahrump Valley Times The Pahrump Veterans Memorial building will be knocked down in the coming weeks and a new facility will be erected in its place, at a cost of $686,000 to the town of Pahrump. 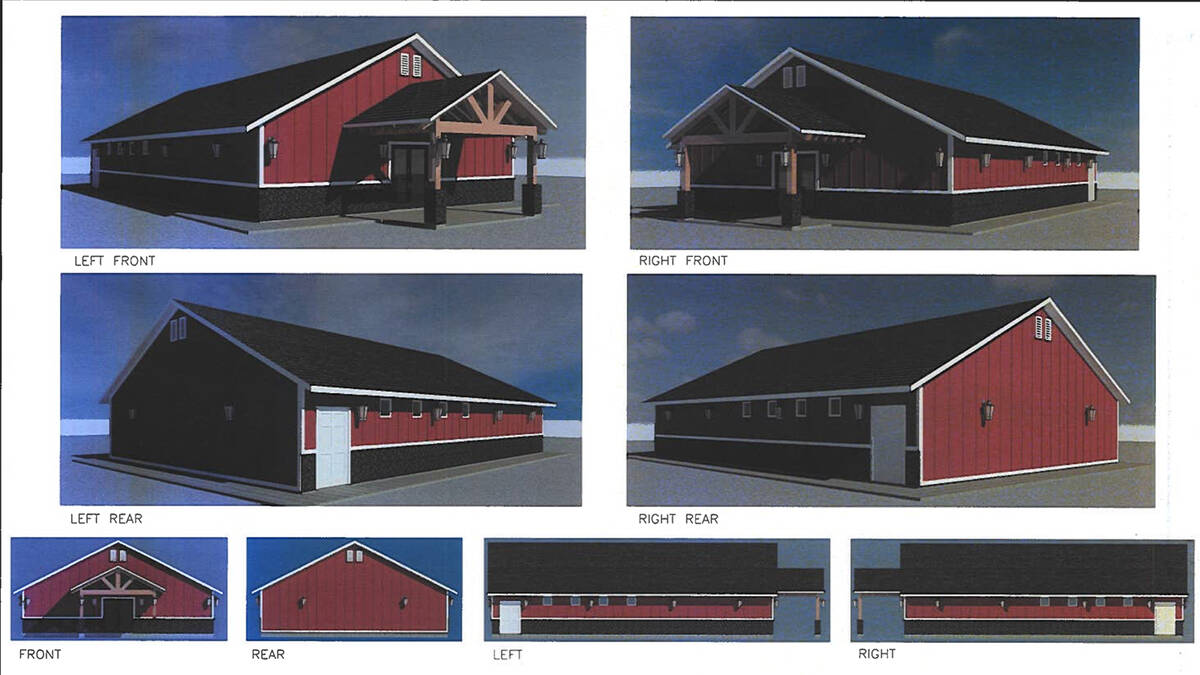 Special to the Pahrump Valley Times Included with the bidding documents regarding the Veterans Memorial building project, this rendering shows what the new facility is set to look like.

The Pahrump Veterans Memorial inside of the Chief Tecopa Cemetery is a common gathering place in the valley, with local veterans’ organizations regularly hosting military observances and ceremonies at the site but for many long years, one amenity has been conspicuously absent: restrooms.

The Nye County Commission, sitting as the governing board for the town of Pahrump, addressed the awarding of a contract for the project during its Wednesday, Sept. 7 meeting. As explained that afternoon, demolishing the existing structure and erecting an entirely new one would actually be more cost-effective for the town.

“It costs more money to add the bathrooms into the building than it does to tear it all the way down, put a new foundation in… than it is to go ahead and modify it,” commission chair Frank Carbone stated, noting that the building had actually originally been a pole barn. “That’s why to revamp it and put the bathrooms in is such an extensive amount of work,” he added.

Double M Construction, the sole bidder for the project, had submitted two different bids. The first outlined an estimate for the work as initially proposed by the town and another offered an alternative solution, a complete rebuild. The cost to remodel the current building would come to $771,000 while demolition and construction of a new facility would only total $686,000, a difference of nearly $100,000.

“Double M Construction suggests the following as an alternative bid for the project at hand,” company officials stated in their bid. “Complete demolition of current building and slab; a complete re-pour of footings and foundation and wood/metal framed building on slab; building will be built to the same specifications and dimensions as per the bid request stated…; proposed exterior of building will be a mixture of smooth stucco with elastomeric paint, exposed stained wood beams and details, and decorative stone to complete a modern farm style; proposed demolition would allow for current on-site trees to remain to add shade and character to the building; new bushes and flowers would be added to complement the current landscape at hand with a clean, new look.”

Site development will come in at around $183,000 and the electrical, mechanical and plumbing was estimated at just under $138,000. The interior buildout, which will include restrooms with access both inside and outside of the building, will run the town approximately $365,000. The building is anticipated to be roughly 2,500 square feet in size with a small front patio.

Commissioner Debra Strickland made the motion to award the contract to Double M Construction in the amount of $686,000, with $500,000 to be funded from the Pahrump Cemetery fund and the remaining $186,000 to be paid for out of a fund to be determined by the Nye County comptroller. That motion passed with all in favor.