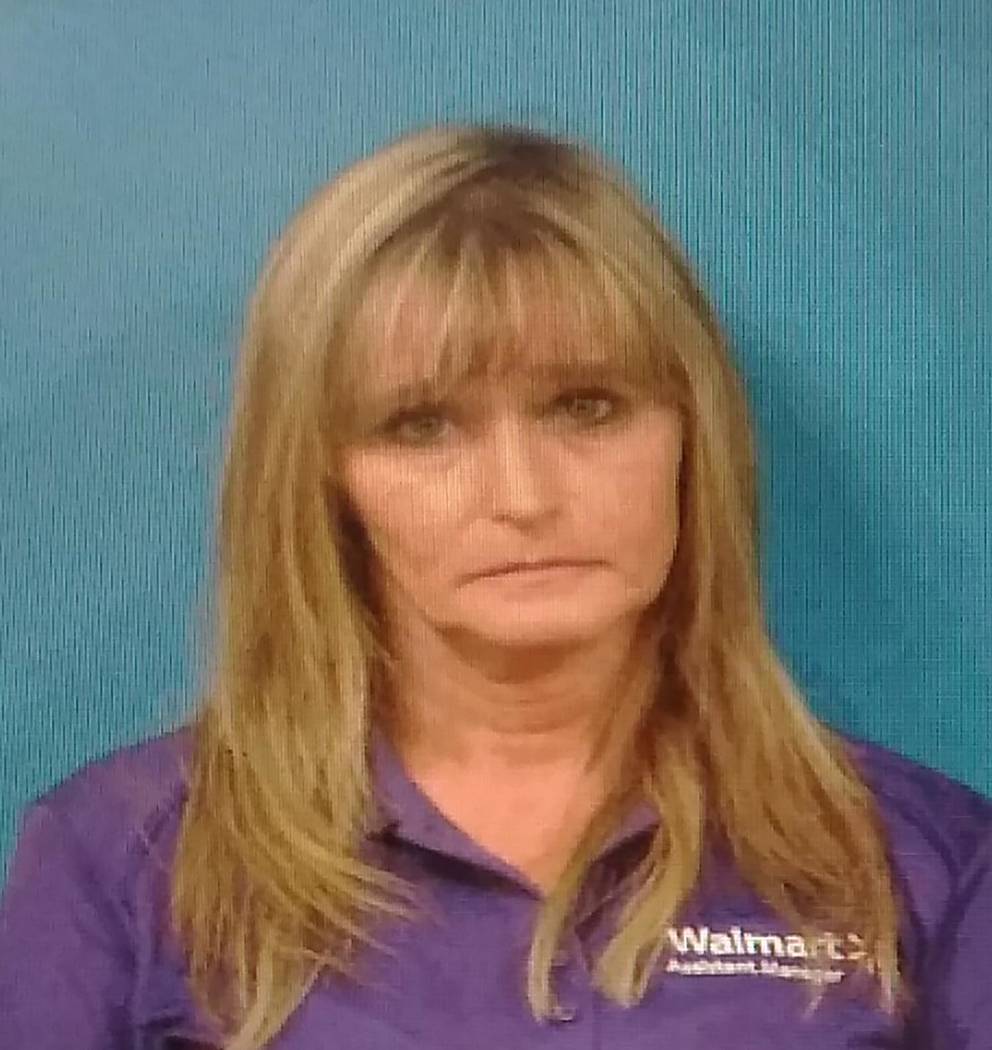 Special to the Pahrump Valley Times Walmart Assistant Manager Janet Hannah, 47, of Pahrump, is facing embezzlement and burglary charges following her arrest on April 30, according to the Nye County Sheriff's Office.

An assistant manager at Walmart is facing an embezzlement charge.

As stated in an April 30 news release, Nye County Sheriff’s Office deputies spoke with an accounts payable assistant manager, who explained that an employee, identified as Janet Hannah, 47, of Pahrump, had allegedly embezzled approximately $40,000.

“Management had noticed that money came up missing from their records, and after reviewing video surveillance of their cash room, management was able to provide footage of Hannah entering the cash room and taking money.”

The release also noted that management provided the video footage to deputies, who observed Hannah allegedly enter the cash room and open a box that contained $100 bills.

“Hannah pulled the cash out of the box and concealed it on her person,” the release stated. “Deputies also observed that this occurred on three separate dates, dating back to December of 2018.”

Though Hannah denied all allegations, she was subsequently arrested and booked into the Nye County Detention Center, where she was charged with burglary and embezzlement.