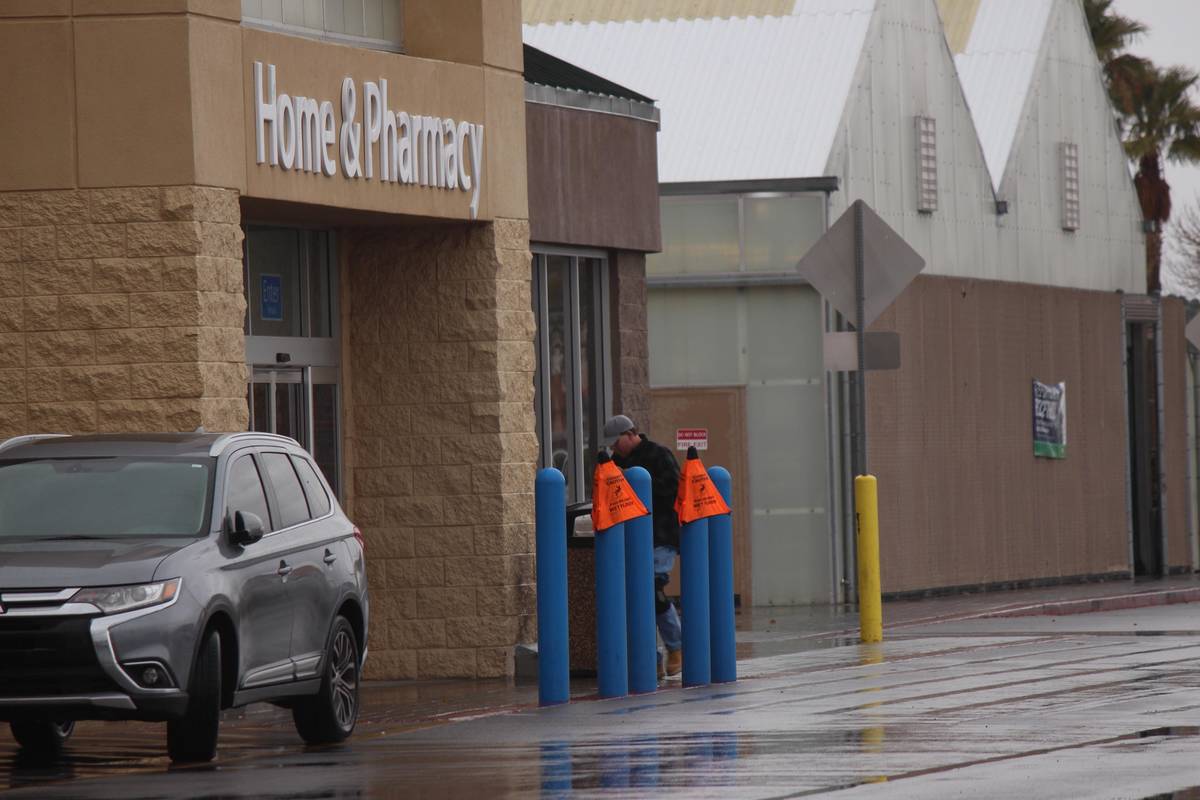 Jeffrey Meehan/Pahrump Valley Times file Walmart implements new policies to mitigate the spread of COVID-19 among its employees and customers.

Walmart and Home Depot have joined the growing list of retailers implementing policies to limit the number of customers who can be in a store at once in an effort to prevent the spread of COVID-19.

Dacona Smith, Walmart U.S. executive vice president and chief operating officer, wrote in a letter to customers and employees released April 3 that stores will allow no more than five customers for each 1,000 square feet at a given time, which represents roughly 20 percent of a store’s capacity. The policy began April 4.

Associates will mark a queue at one entrance — in most cases this will be the grocery entrance — and direct arriving customers there, where they will be admitted one by one and counted. Associates will remind customers of the importance of social distancing while they wait to enter a store, especially before it opens in the morning.

Once a store reaches capacity, Smith wrote, customers will be admitted on a one-out, one-in basis.

“We’ll also institute one-way movement through our aisles next week in a number of our stores, using floor markers and direction from associates,” Smith added. “We expect this to help more customers avoid coming into close contact with others as they shop.”

Signage throughout the store will remind customers about the importance of social distancing, especially in lines. As customers check out, they will be directed to exit through a different door than they entered to help lessen the instances of people closely passing each other.

“We always want people to feel welcome at Walmart, and we know that in ordinary times a store is a gathering place for members of a community to connect and socialize,” Smith wrote. “We look forward to the time when that is again the case; however, we now want to prioritize health and safety by encouraging customers to do their shopping at a distance from others, then head home.”

Smith said these moves were made to protect store employees as well as customers.

“We have been concerned to still see some behaviors in our stores that put undue risk on our people,” Smith wrote. “We want to encourage customers to bring the fewest number of people per family necessary to shop, allow for space with other customers while shopping and practice social distancing while waiting in lines.

“We’re also seeing states and municipalities set varying policies regarding crowd control – which has created some confusion regarding shopping.”

Walmart already has taken other steps in response to the COVID-19 pandemic, and Smith specifically mentioned expanding paid leave policies, closing stores overnight for cleaning and restocking, installing sneeze guards and social distance markers in stores, beginning temperature checks and making gloves and masks available to associates who want them.

Meanwhile, Home Depot has begun closing stores at 6 p.m. to allow more time for sanitizing and restocking. A company press release stated that stores are promoting social distancing practices by marking floors and adding signage to help customers and employees maintain safe distances, and the company has limited the number of customers allowed into a store at one time.

Like Walmart, Home Depot is basing capacity on the number of square feet in a store, and a store associate said capacity at the Pahrump store is 100.

The company, which froze prices nationwide several weeks ago. is eliminating major spring promotions to avoid driving high levels of traffic into stores, and it is limiting services and installations to those essential for maintenance and repair needs, the company stated in the April 1 press release.

Home Depot also is adding hours of paid time off for associates and providing up to 14 days paid time off for any employee required to be quarantined, the company said. More bonuses and increased overtime pay have also been instituted, as have extended dependent care benefits and waived co-pays.

All shipments of N95 masks have been redirected and donated to hospitals, health care providers and first responders, and the company has prioritized order fulfillment for those groups as well.