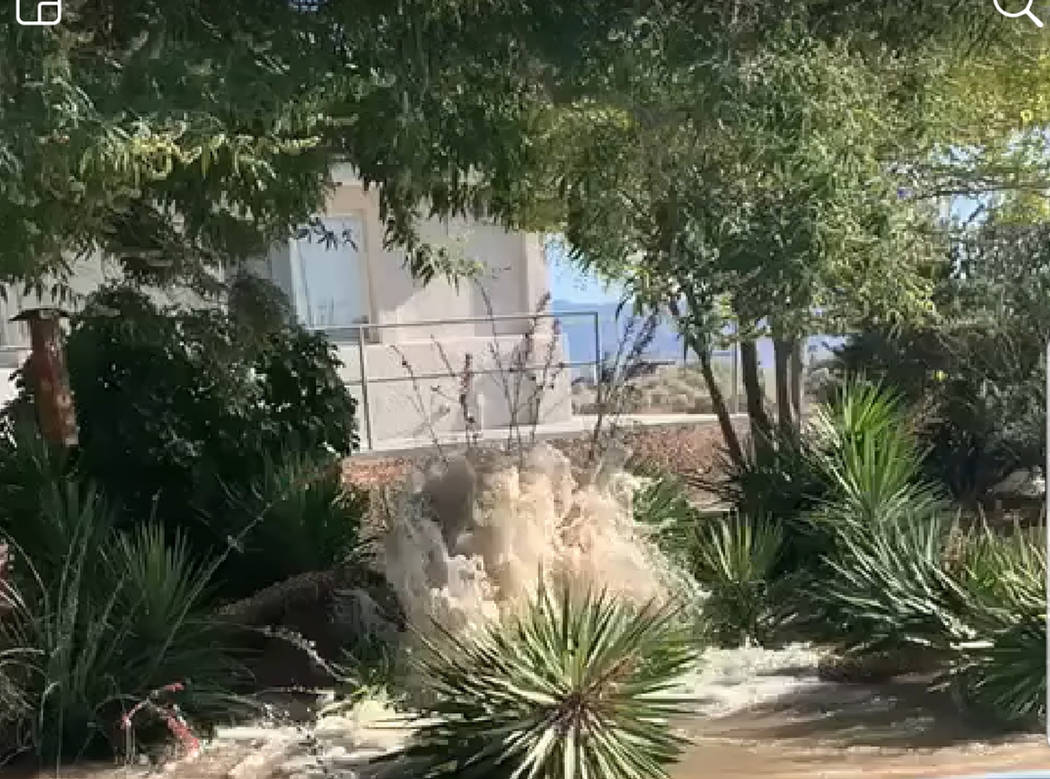 Screenshot of video by Ryan Muccio Water is shown gushing near Ambush and Dandelion streets in Pahrump on July 4. See video on the Facebook page of the Pahrump Valley Times.

Officials have identified the source of water spotted gushing out of the ground near Dandelion and Ambush streets last week.

The massive water leak was reported on July 4.

The fire hydrant in the area and water serving the senior homes were not affected, he said.

Some had speculated that the waterline issue was related to the 6.4 magnitude Southern California earthquake that was felt in Pahrump earlier in the day. That possibility had not been ruled out, Lewis said July 5.

To view video of the gushing water, go to the Facebook page of the Pahrump Valley Times.