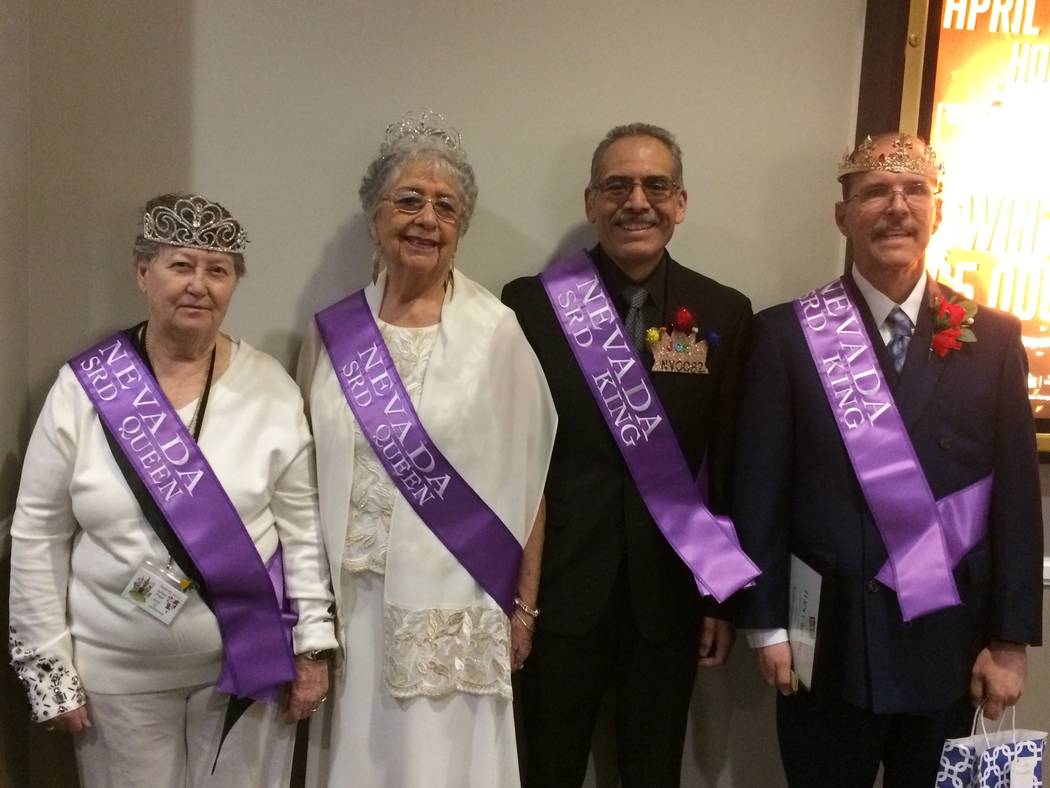 TOPS (Take Off Pounds Sensibly) had its State Recognition Days convention recently in Pahrump at the Pahrump Nugget.

Both are Pahrump residents. The queen actually moved to Reno recently, but they were both members of Nevada Chapter #117.

The event was held in April.

The queen and runner-up were to be announced at their morning session. The group meets on Wednesdays at 8 a.m. at the Trinity Assembly of God Church, 750 S. Big Five Road. For information about the group call 775-513-1581.