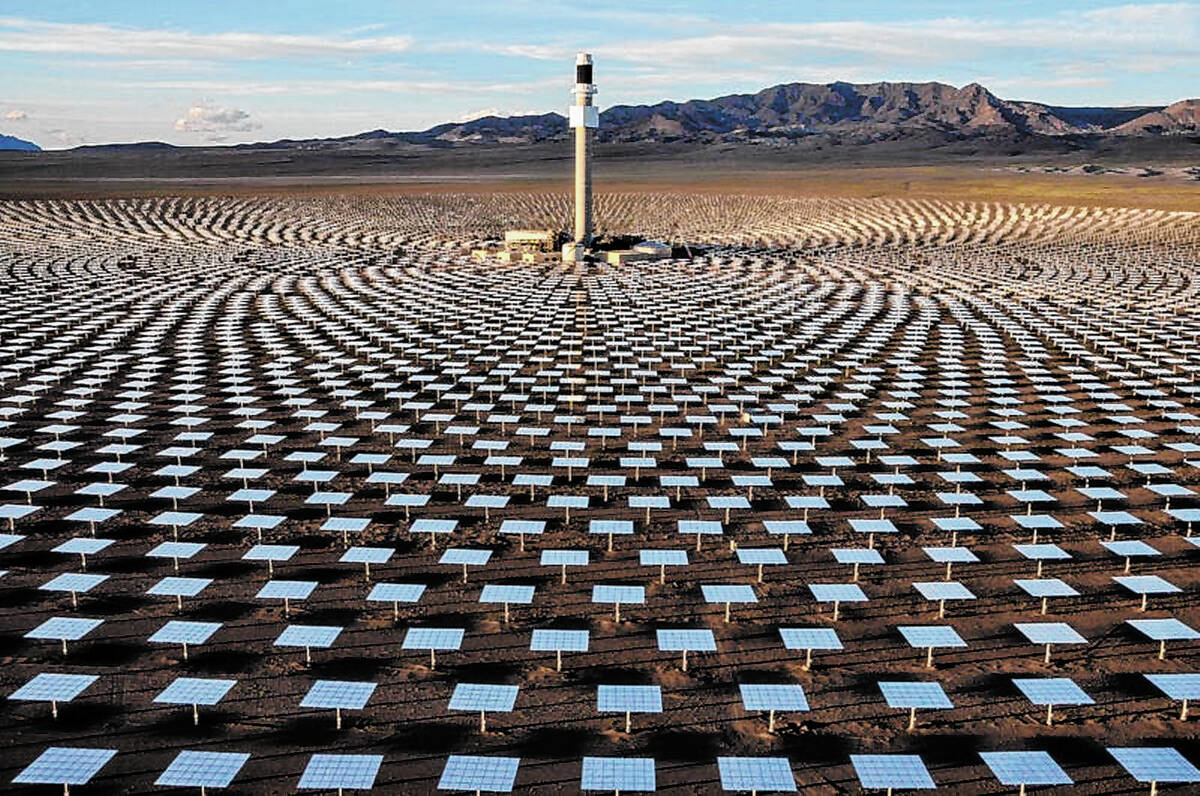 FILE/Special to the Pahrump Valley Times Beatty officials are not ready to accept the requirement of special-use permits (SUPs) for a variety of projects A special-use permit allows a parcel of land or property to be used in a manner that deviates from normally accepted activities in that area. They create exceptions to zoning regulations and ordinances, which could allow for more development of solar and mining projects in areas that aren't currently approved for such operations.

Beatty officials are not ready to accept the requirement of special-use permits (SUPs) for a variety of projects despite the efforts of Nye County Planning Director Brett Waggoner to work with rural parts of the county and consider their concerns.

A special-use permit allows a parcel of land or property to be used in a manner that deviates from normally accepted activities in that area. They create exceptions to zoning regulations and ordinances and are generally issued and overseen by local zoning bodies and authorities.

At question is the proposal to add a chapter on SUPs to Nye County Code Title 17. The Beatty Town Advisory Board has been involved in a number of meetings and workshops on the issue, including one that involved boards from other rural communities in the county.

Several Beatty residents spoke out against the idea of SUPs at a town meeting on Tuesday. Most of them referred to them as “another layer of government” that was not needed. None spoke in favor.

Board member Kelly Carroll was emphatic, giving voice to the idea that it was an example of urban planners imposing their ideas on rural folks.

“I’ve always been against it, and I’m still against it,” said Carroll. “I’m tired of 30 years of Pahrump shoving sh*t down our throat, and I don’t like it.”

Board Chair Erika Gerling spoke in favor of the much-amended proposal, saying that it would give the town a voice in approving or disapproving projects.

Vice-Chair Melody Koivu said that, as she understood the ordinance, approval by the town advisory board would be required for a project to go forward.

Board member Perry Forsyth said he had originally been totally against SUPs, but after learning more in workshops and seeing the amendment he was now leaning “60-40” in favor.

Gerling proposed that the board could suggest in their letter that the parts of the ordinance they found most objectionable — the inclusion of mobile home parks, RV parks, and projects of “regional significance” — be left out, and noted that the ordinance could be amended in the future.

However, after hearing all the negative comments from residents, the board voted 4-0, to write a letter in opposition. Gerling’s was the “nay” vote.

The board voted to look into the possibility of obtaining cooperating agency status with the BLM on mining and other projects on BLM land around Beatty. The agenda item originally included on the Augusta Gold project, but it was decided that it should include everyone.