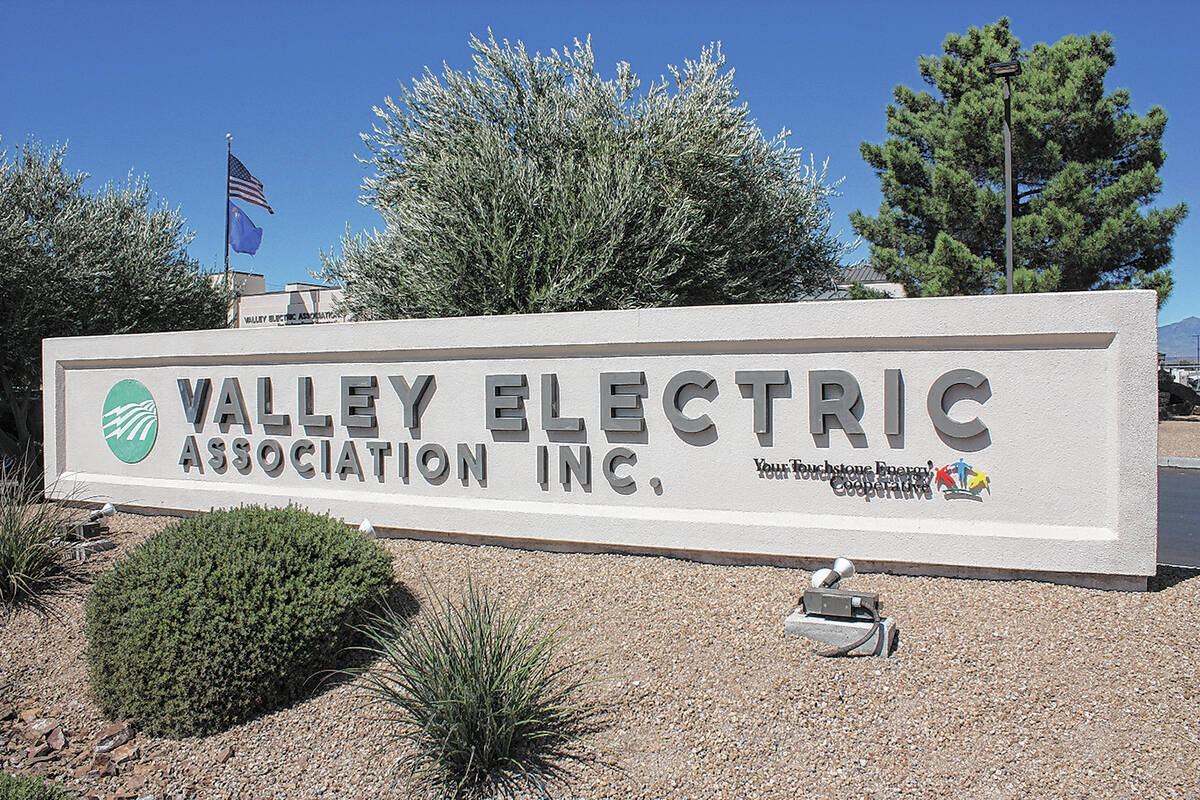 Robin Hebrock/Pahrump Valley Times Valley Electric Association Inc. is increasing its residential, small commercial and general service rates by more than 70 percent as the cost of fuel spikes. The Pahrump power co-op posted on its Facebook page last month that its residential basic service charge is going up by $15 — from $37.50 to $52.50 — beginning May 1.

Valley Electric Association Inc. is expected to increase its residential, small commercial and general service fees by more than 70 percent next month as the cost of fuel rises.

It follows a decision by the VEA’s board of directors last month that aims to bring revenue streams inline with rising costs to operate the business.

“Inflation, the doubling in price of natural gas, and the tripling of capacity pricing are key components of the rate increase to the basic service charge,” VEA officials told the Pahrump Valley Times. “Valley is continually looking at ways to save our members money, and we are doing everything possible to mitigate the impact of the drastically changing power-supply market.”

VEA serves more than 45,000 customers across a 6,800-square-mile area in southwest Nevada, according to its website. The electric company has laid off 50 employees in the past years, bringing its workforce from 175 to 125 employees. While the layoffs may have offset some operational expenses for the co-op, they haven’t been able to keep electricity costs down for consumers.

Customers are typically paying more for power than years past due to a number of factors, including regulation initiatives in the industry, such as the transition from carbon to green energy. Cheaper coal-fueled power plants have been shutting down and as demands for cleaner, renewable energy have increased, there are start-up costs for power companies to convert to new energy sources which are being passed on to consumers.

Gas, natural gas and propane prices also are on the rise.

Over the past two years, power-supply costs have increased more than $10 million, VEA officials said. While the company has come up with $5.8 million of that, VEA members will pay for the remaining $4.2 million through price hikes.

A chart tracking VEA’s income, shows that the company has largely operated in the red.

VEA officials acknowledged the price hike could be a financial burden to customers during the summer months when energy demands peak. They offered tips on how customers can mitigate energy loss to help keeps costs under control: