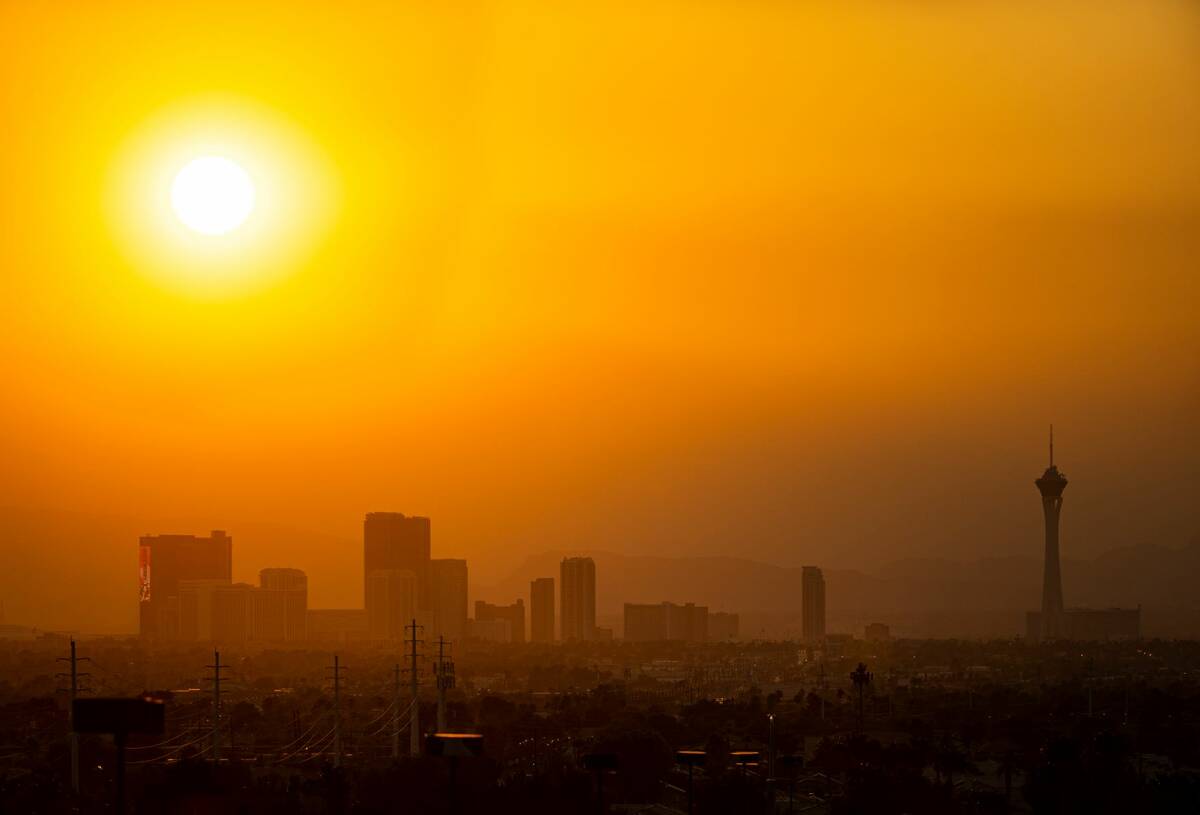 The sun shines through smoke and haze over the north end of the Las Vegas Strip in Las Vegas on Monday, Sept. 27, 2021. (Chase Stevens/Las Vegas Review-Journal) @csstevensphoto

Smoke and haze from California wildfires will be in the Southern Nevada skies, including Las Vegas and Pahrump, through at least Tuesday, according to the latest National Weather Service forecast.

“It will begin to creep in from the west around early Monday afternoon,” said meteorologist Dan Berc. “Monday will be the worst of it and on Tuesday there will be some smoke lingering around, but not as bad as Monday night.”

Ozone and small particle pollution will likely be rated unhealthy for sensitive groups, says the latest Clark County air quality forecast. People who are sensitive to pollution should avoid or limit outdoor exposure.

A cold front coming from the north is expected to flush out much of the pollution Tuesday and Wednesday. Gusty winds on Tuesday could reach 30 mph as the front moves in.

“The cold front is slowing down, so it may not push through until Wednesday,” Berc said.

The cold front will drop the high temperature to the lower 80s. The temperatures in Pahrump will hit 83 degrees on Tuesday and Wednesday for a high. Temperatures start to increase on Thursday and the end of the week.