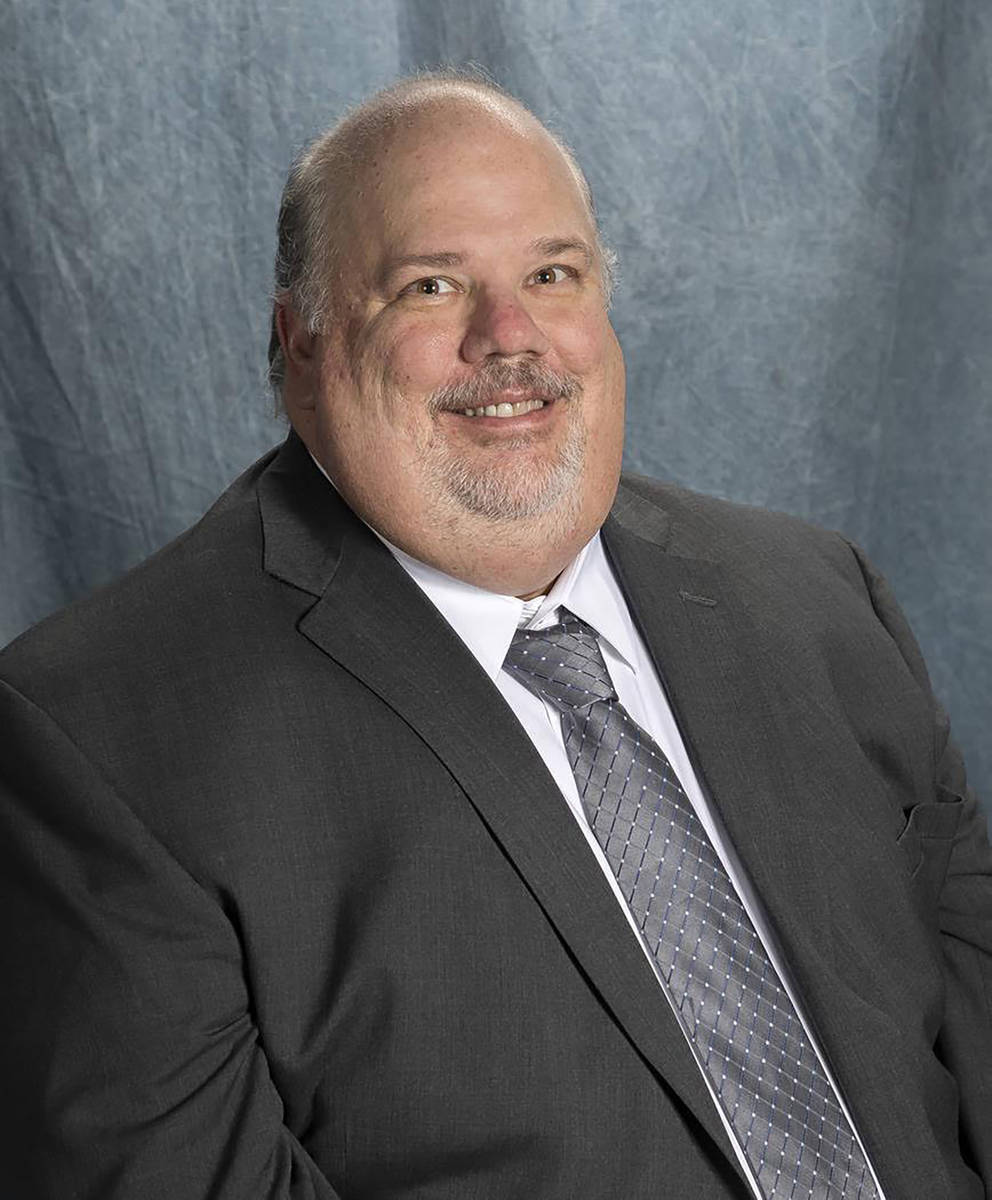 Special to the Pahrump Valley Times Nevada State Engineer Tim Wilson is retiring as of Nov. 30, 2020. 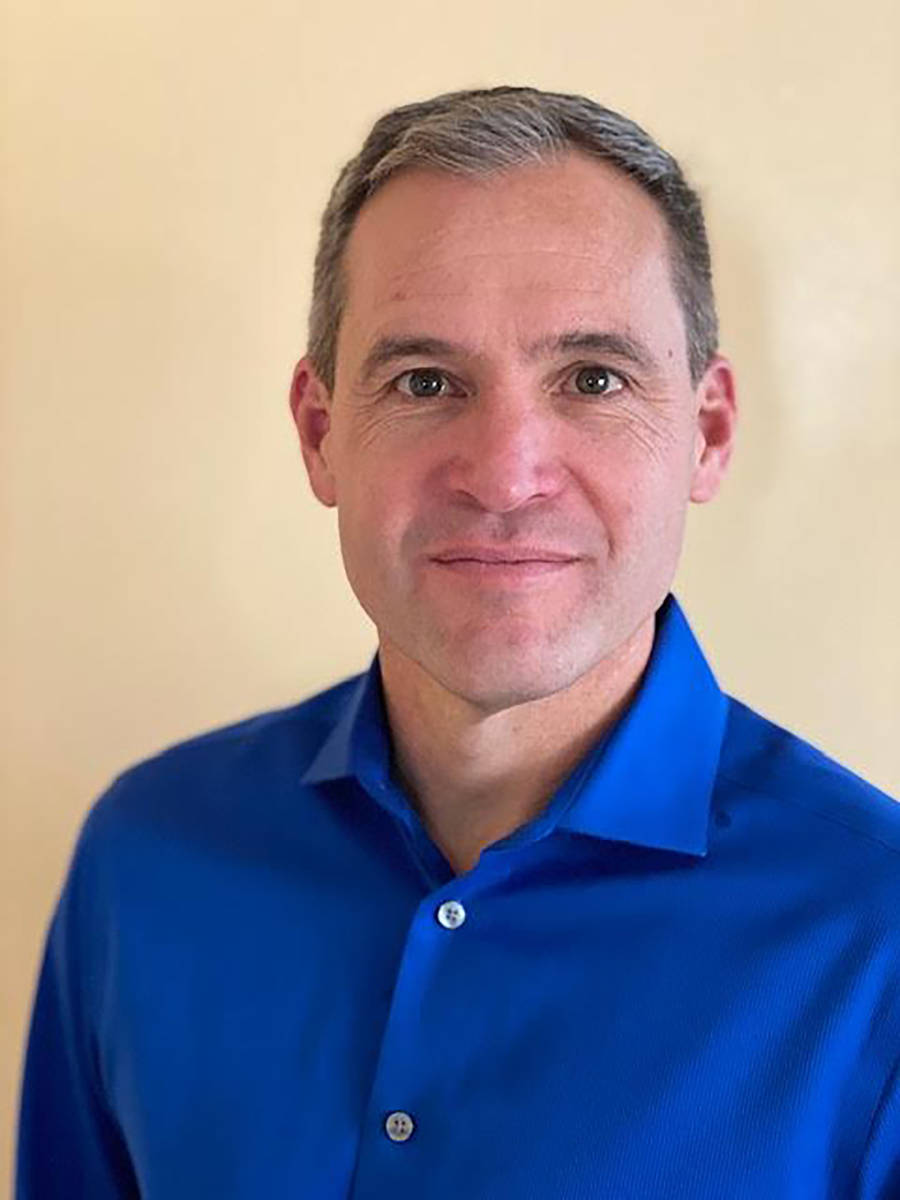 Special to the Pahrump Valley Times Adam Sullivan has been selected to take over as acting Nevada State Engineer.

Taking his place as acting head of the Nevada State Engineer’s Office as well as the Nevada Department of Water Resources (NDWR) will be Adam Sullivan, who currently works as a deputy administrator for NDWR.

Wilson’s tenure with the state of Nevada is 25 years deep, with service as a hydraulic engineer, administrative hearing officer, manager of the well drilling and adjudication section and a deputy administrator for NDWR all under his belt. He was originally appointed as acting Nevada state engineer in January, 2019, following the retirement of then-state engineer Jason King. By December 2019, Wilson’s title was upgraded and he officially became the permanent Nevada state engineer.

With Wilson on his way out, Sullivan is gearing up to take over the duties of state engineer. He comes with more than a decade of experience with NDWR, at which he has served as a deputy administrator since 2018. Sullivan is a licensed professional engineer with a master’s degree in hydrology from the University of Nevada, Reno, as detailed in the news release announcing his appointment to Wilson’s soon-to-be-vacated post.

Nevada Governor Steve Sisolak and Director of the Nevada Department of Conservation of Natural Resources Bradley Crowell both offered thanks to Wilson for his years of service and expressed their optimism over the selection of Sullivan as Wilson’s replacement.

“I thank Tim for his deep knowledge and dedicated service to address the many complex and critical water management issues that affect all Nevadans,” Sisolak was quoted as stating, adding, “I am confident that Mr. Sullivan will continue to lead and enforce Nevada’s bedrock policies while advancing new and innovating solutions to preserve the long-term viability of Nevada’s water resources…”

Crowell echoed those thoughts, saying, “I am grateful for Tim’s meritorious service to Nevada… Tim is now passing the torch to Adam, who will lead the division’s mission to solve complex water challenges head on, while ensuring a sustainable water future for all Nevadans.”

King’s retirement in January 2019 came at a time when a major court battle, that regarding Pahrump water Order #1293A, was still unsettled, leaving the task of handling the matter in Wilson’s hands.

Nevada State Engineer Order #1293, which was later adjusted as Order #1293A, was issued by King in December 2017 with the aim of curbing the drilling of new domestic wells in Pahrump’s Basin #162. Under that order, a new domestic well can only be drilled if two acre feet of water rights have been relinquished in support of the new well.

For some properties in Pahrump, water rights had already relinquished back to the state in the past, to support a domestic well. However, for thousands of other lots, that is not the case, leaving the owners of those properties unable to drill a new domestic well unless they can fork out the cash necessary to first purchase two acre-feet of water rights from an existing water right owner.

The issuance of the order ignited a legal fight between the Nevada State Engineer’s Office and Pahrump Fair Water LLC, an organization established by Pahrump area property owners, real estate agents and well drillers with the specific goal of seeing the water order overturned.

Pahrump Fair Water successfully pursued a lawsuit against the engineer’s office, then under King’s leadership, with a district court judge ruling in November 2018 that the water order be rescinded. King then filed an appeal to the Nevada Supreme Court before retiring shortly thereafter.

As part of that appeal filing, King also managed to secure a temporary stay against the district court’s ruling, meaning that despite the district court’s decision that Order #1293 be overturned, the order is still in effect and anyone wishing to drill a new domestic well in Pahrump must ensure water rights have been relinquished before proceeding.

As acting engineer, Wilson then took over on the case and saw it through the appeal process. Today, though the appeal may have reached something of a conclusion last year, the outcome is still an unknown.

Oral argument on the appeal by the state engineer’s office was heard on Nov. 5, 2019 and the case was submitted to the En Banc Court, or the entire Nevada Supreme Court rather than just a panel of justices, for a decision.

Despite the more than 12 months that have since passed, no ruling has been handed down, leaving plenty of frustrated business and property owners in the Pahrump Valley in a sort of limbo, waiting for the day when the decision will finally be made.

Dave Rigdon of Taggart and Taggart LTD, the firm representing Pahrump Fair Water in the case, made his opinion of the situation clear, telling the Pahrump Valley Times in late August, “For some of our clients, it’s starting to become a case of justice delayed equals justice denied.”

The Times checks for updates on the status of the case on a regular basis and once a ruling has been made, the results of the lawsuit will be detailed for readers.

Previous, detailed coverage of the lawsuit and subsequent appeal can be found online at pvtimes.com

The documents associated with the case, filed under case #77722, can be found online at nvcourts.gov