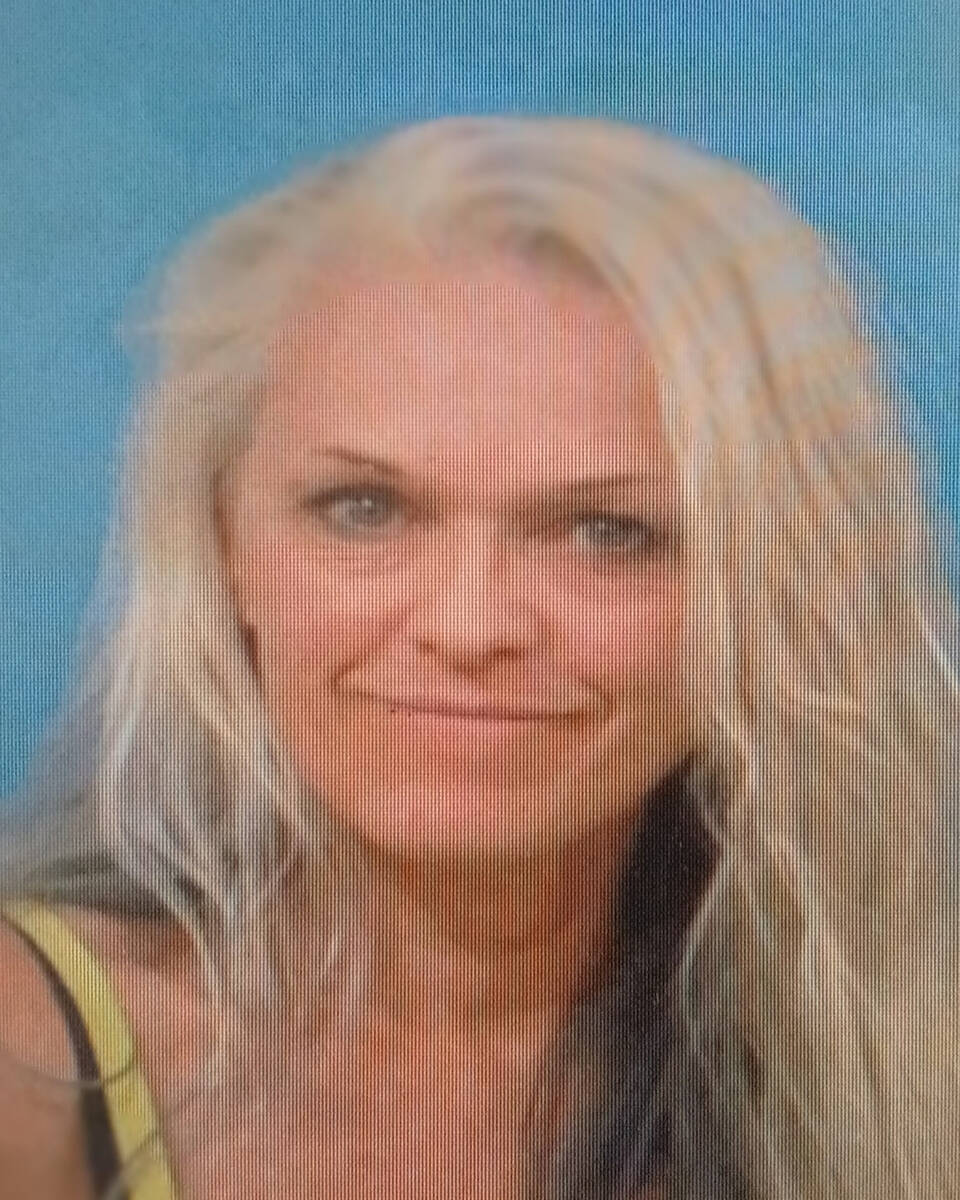 A Pahrump woman was taken into custody on a weapons charge following an alleged domestic dispute.

As stated in a Nye County Sheriff’s Office arrest report, Deputy Elias Armendariz III was dispatched to a residence along Greta Boulevard on Monday, Dec. 6, just after 4 p.m., for a report of gunshots in the area.

Upon his arrival, Armendariz was waved down by a citizen who advised him that he heard shots coming from a residence on Greta Boulevard while witnessing a male leaving the area on foot.

“I went out and made contact with a female, who identified herself as Mrs. Erin Gaudin, who stated that she and a male individual were involved in a physical domestic altercation,” the report stated. “She then stated that she was highly upset because the male had struck her in the back. She then admitted to grabbing a firearm while the male was leaving the house.”

The report went on to state that Gaudin also admitted that the male was several houses down the road at the time she allegedly fired the pistol several times into the air, in order to scare him away.

Authorities did not disclose how Gaudin and the male were acquainted

“Mrs. Gaudin also admitted that she threatened him, by stating that “she was going to get him,” according to the report. “Mrs. Gaudin was subsequently arrested per Nevada Revised Statute 202.290.2, for willfully discharging a firearm in a place where any person might be endangered.”

Gaudin was then transported to the Nye County Detention Center where her bail was set at $5,000.