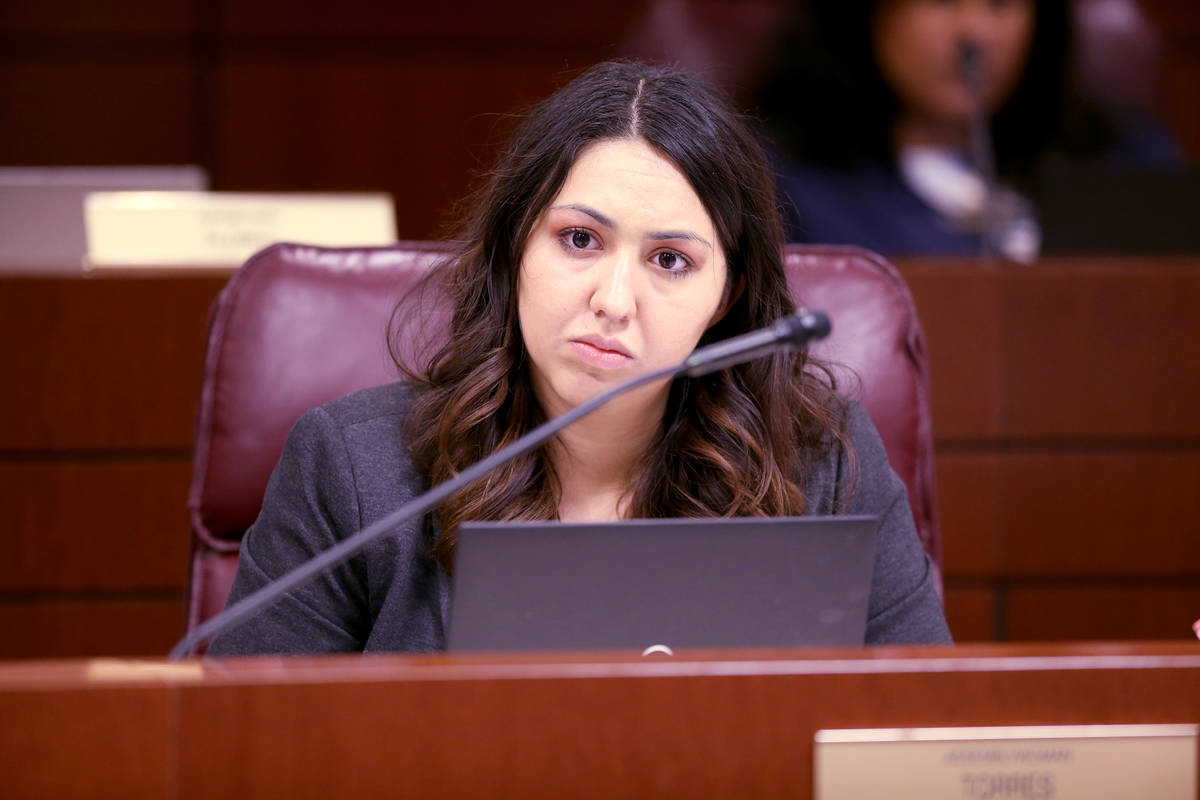 CARSON CITY — Lawmakers took up bills dealing with tenants and affordable housing Tuesday, gutting one bill that would have eliminated summary evictions and taking four hours to hear housing advocates and homebuilders debate two measures aimed at reducing the threefold shortfall in the number of affordable homes available statewide for people of low and moderate income.

The evictions bill, Assembly Bill 161, as originally written would have done away with Nevada’s unique summary eviction process and forced all evictions in the state to go through the formal court process. It was gutted in committee Tuesday in favor of a study to be completed before the start of the 2023 Legislature.

“I recognize that this is not an ideal time to turn our eviction system on its head and attempt to implement something completely new,” the bill’s sponsor Assemblywoman Selena Torres, D-Las Vegas, told the Assembly Judiciary Committee.

The housing bills would set up new fees developers would pay into local affordable housing trusts in lieu of building housing themselves and encourage local governments to estimate their long-term housing needs and plan for how to meet them.

In Nevada, when a landlord gives a tenant notice of late or missed rent payment, the renter has seven days to file a response with the court. If the tenants do not make their payment or file a response, courts will automatically grant an eviction.

In other states across the nation, it is the landlord who initiates the court process, not the renters.

Gov. Steve Sisolak froze evictions in late March 2020 in the early throes of the COVID-19 pandemic, a moratorium that was set to expire in mid-October. He reinstated that ban on residential evictions in December, and extended it last week through May.

“Summary eviction is an extremely expedited process which leaves tenants with very little time, but all of the burden to defend themselves,” Torres said Tuesday.

“Wiping out an entire eviction process without a hard look is not the answer. And we do have reservations about the true aim of this study,” said the association’s lobbyist Mackenzie Warren.

Assemblyman Steve Yeager, D-Las Vegas, who chairs the Judiciary Committee, said that lawmakers are working on “other solutions” to housing and eviction problems, and said he expects a new bill to come before the end of the session that “strikes the right balance” between making sure landlords are getting paid and tenants are able to stay in their homes.

The meatier of the two housing bills before the Assembly Government Affairs Committee, Assembly Bill 334, would allow cities and counties to establish systems for developers to pay a fee to meet affordable housing development obligations instead of building it themselves – so-called in-lieu payments. It would also allow communities to set fees on residential, commercial or industrial projects where developers would pay a fee into an affordable housing trust fund for the community.

The related bill, Assembly Bill 331, aims at better tracking and long-term planning for affordable housing development. It would incorporate reporting requirements on the new payment and fee procedure into existing housing reports that local governments submit to the state.

It would also seek reporting on inclusionary zoning, under which a certain percentage of new development must be affordable. The optional policy was enacted in Nevada in 1999 but has failed to take root.

Finally, the second bill would ask local governments to make five-year estimates of affordable housing needs and how it would meet them.

Hearings on the two bills lasted nearly four hours, with supporters and opponents agreeing on the urgent statewide need for affordable housing but differing on how to meet it, each offering extensive housing and economic data to support their cases.

Some numbers were not in dispute: Nevada has about 29,000 housing units that classify as affordable to low or moderate-income residents but has immediate need for roughly 85,000 more. Further, since 2014 the number of available affordable homes has actually declined slightly, about 1.4 percent, as existing homes transition to market rate and haven’t been replaced fast enough.

The measures in both bills are not mandatory; instead, sponsors emphasized, they offer local governments additional options to meet affordable housing needs. They drew support from local officials, housing advocates, the state’s rural housing authority, faith-based groups, labor organizations representing service and hospitality workers, and others speaking for populations most in need of affordable housing, including the disabled.

Opposition came from business chambers, homebuilders, developers and contractors who argued that additional costs would make housing less affordable and put more of it out of reach of people with lower incomes. A builder of a 2,000-square-foot home, for example, might see $1,000 added on to the construction cost from the new fees.

“We have to remember every $1,000 increase in the cost of construction for a home prices out thousands of Nevadans,” said Nat Hodgson, CEO of the Southern Nevada Homebuilders Association.

But a lobbyist speaking for the Nevada Housing Coalition pushed back on the argument that fees or in lieu payments drove up housing costs or discouraged development. Home costs rose by 10 percent in Clark County and 27 percent in Washoe County on the strength of the market alone, she told the committee.

“A linkage fee isn’t going to kill a development economy,” said Sara Adler. Nor will the market encourage affordable housing development on its own, she added.

“I agree (builders are) being asked to contribute, but the need is enormous,” she said.

Lawmakers moved more than 50 bills out of committee Tuesday and held full hearings on more than 35 more.

One bill before the Senate Health and Human Services committee, as amended, would authorize nonprofit and for-profit private entities to join intrastate and interstate purchasing coalitions to buy prescription drugs, leveraging their combined purchasing power to reduce overall drug costs. Senate Bill 396 grew out of an interim legislative study.