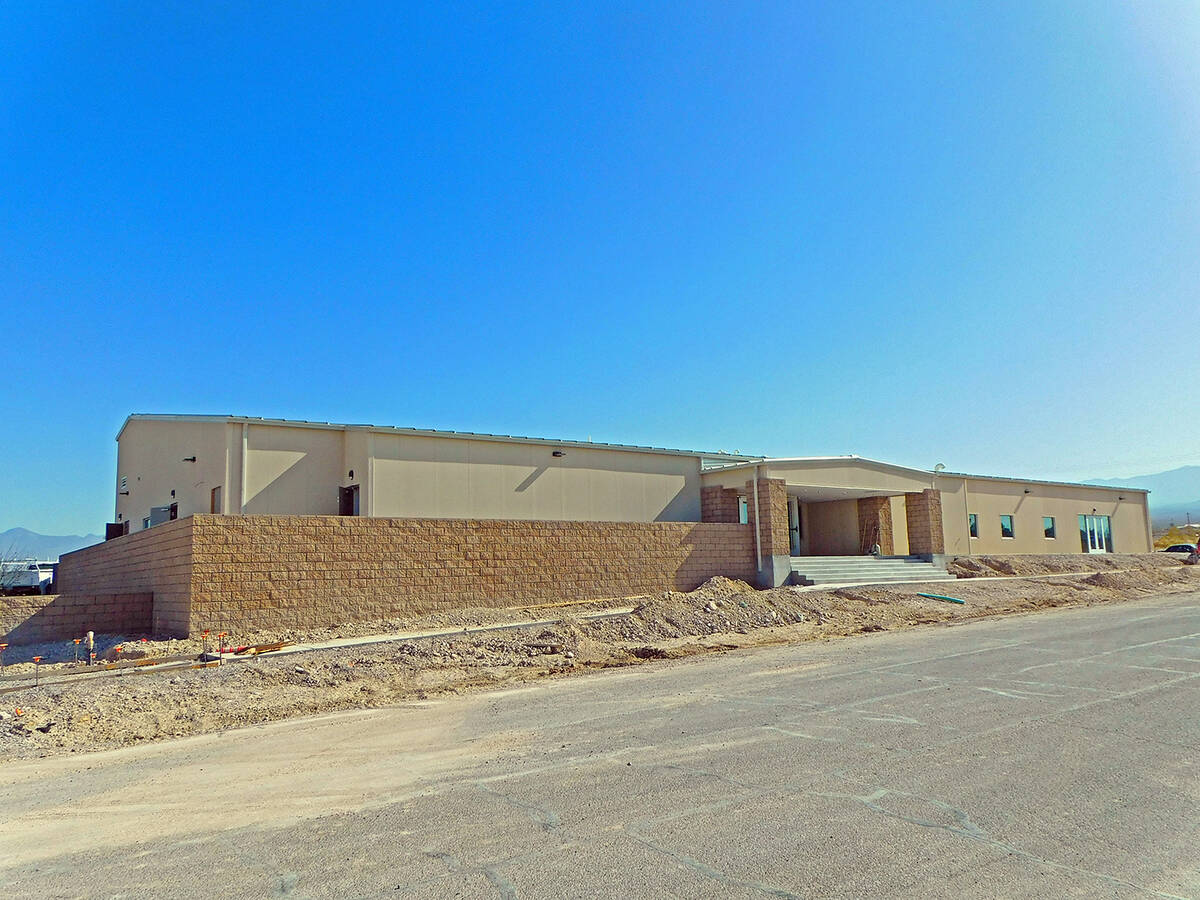 Robin Hebrock/Pahrump Valley Times Located at 1510 E. Siri Lane, the new Nye County Animal Shelter in Pahrump is set to be staffed by six employees and 10 volunteers once the county assumes operation of the shelter on July 1. 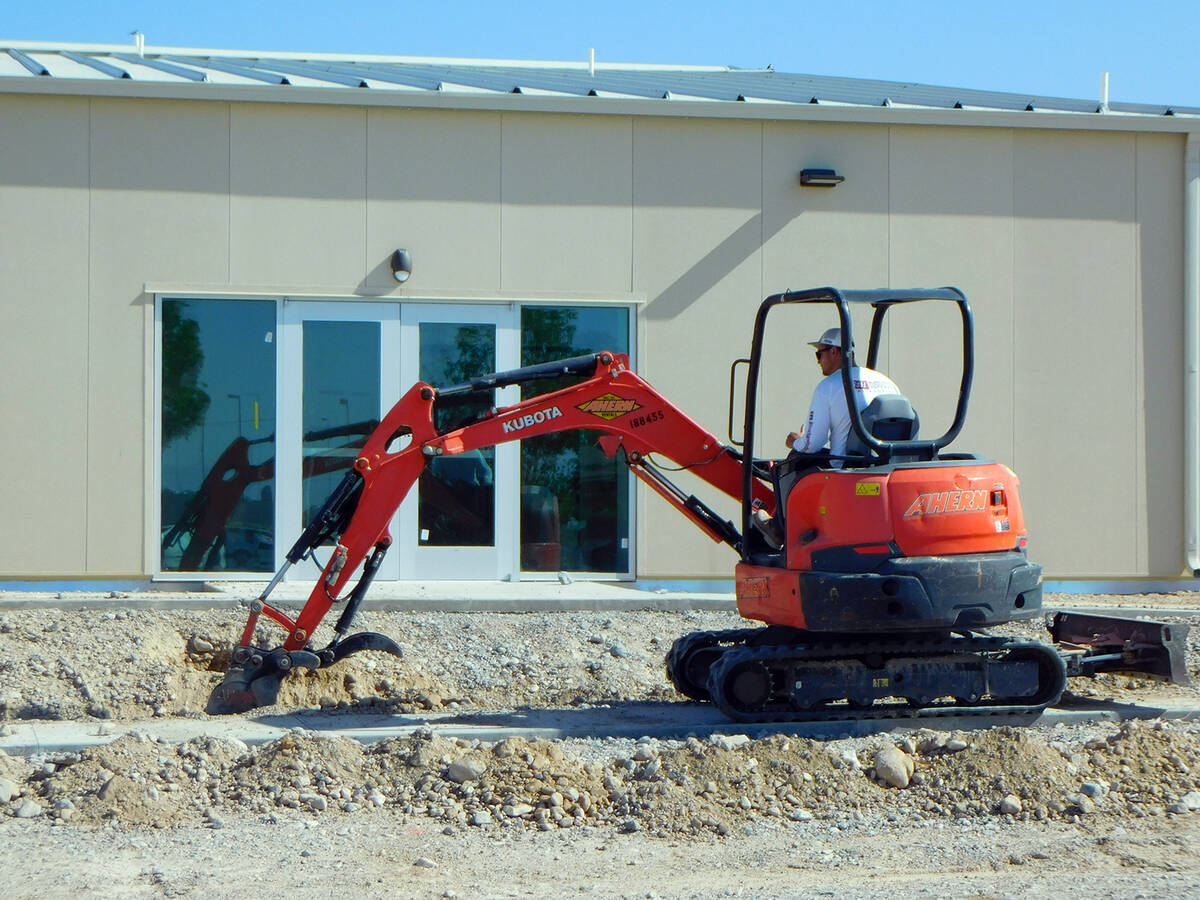 Robin Hebrock/Pahrump Valley Times A construction worker can be seen moving dirt in front of the new animal shelter in Pahrump, which is expected to be completed in the near future. 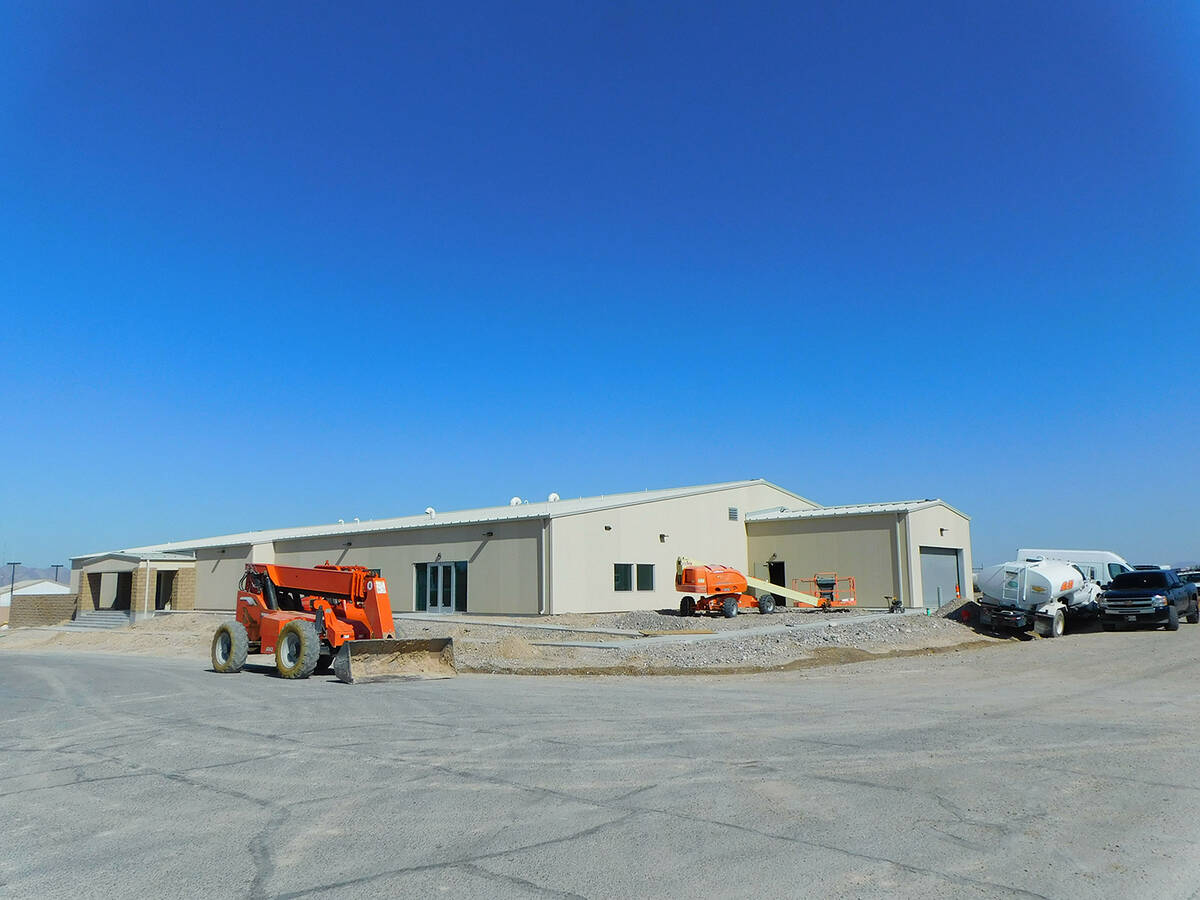 Robin Hebrock/Pahrump Valley Times The new animal shelter is nearing completion and will be run in-house by Nye County, rather than being run by a contractor.

With Nye County set to take over operations of the local animal shelter as of July 1, decisions regarding the staffing patterns and associated cost to run the shelter were at the top of the list for commissioners during the board’s April 19 meeting.

The Pahrump Animal Shelter has been run by the nonprofit Desert Haven Animal Society for several years but with a brand new, much larger facility nearing completion, Nye County commissioners ruled it would be best to transition to in-house operations. Desert Haven and certain other animal advocates criticized the move but commissioners have held firm under the pressure and the budget, as well as number and type of employees to be hired, has officially been set.

Rucker emphasized that the cost estimates presented in the backup information were not accurate, as there had been modifications made to some job titles and therefore, the pay scales. This resulted in higher salary costs that detailed in the presentation. Updating that figures, Rucker said option one would run about $522,000 while option two would cost approximately $403,000 and option three would come in at roughly $437,000.

“All options will cost the county in excess of the current contract with Desert Haven,” Rucker said. “That said, that’s the contract in place currently with the facility as it sits right now, not the larger facility. So there could be an additional cost if Desert Haven were to move forward, that contract could likely double because of the size of the facility. But again, that is just speculation on my part.”

Rucker also noted that the figures presented were based on assumptions and could change in the future.

Jumping right into the discussion, commissioner Leo Blundo asked commission chair Frank Carbone when he thought the new county animal shelter employees should be hired. Carbone replied that those employees need to be in place prior to the termination of Desert Haven’s current contract, which ends June 30. Rucker added that it generally takes the county at least a month to process new hires so she would recommend a fill-date of as soon as possible.

Option two includes one supervisor, three kennel assistants and two office assistants, for a total of six full-time employees. The county intends to bolster the workforce at the new shelter with volunteers and though those individuals will not be paid, there is still a small expense tied to volunteers. Ruckers explained that the budget calls for a cost of $500 each for 10 volunteers, to cover workers’ compensation.

Before the item came to a vote, Desert Haven Animal Society representative Beth Kakavulias offered some public comment and as one might expect, she was none too pleased with the direction the county was taking. She questioned the wisdom of having such a small amount of staff, stating, “You’re talking about having six employees for a facility twice the size, which means twice the number of animals… You’re expecting six employees, which aren’t going to be there every day because you have to have people who have days off, so essentially you are going to have four people there. I am quite curious how you guys feel that that is going to be beneficial to the animals or the county.”

Once public comment closed, commissioner Donna Cox chimed in to state she felt option two was a “win-win” for everyone, as she believed the costs to the county would be about the same whether they used a contractor or kept the operations in-house, with the only major difference being that the employees would now receive county benefits. Her one concern, she remarked, was that she did not want the shelter to be under the direction of animal control rather than the commission, and Carbone assured her that would not be the case.

The motion to select option two’s staffing pattern then passed with all in favor.

The item that afternoon was not a budgetary item in itself, Rucker said, noting that she would be bringing back an agenda item to address a budget augment for fiscal year 2022, as well as a separate item for the fiscal year 2023 budget.