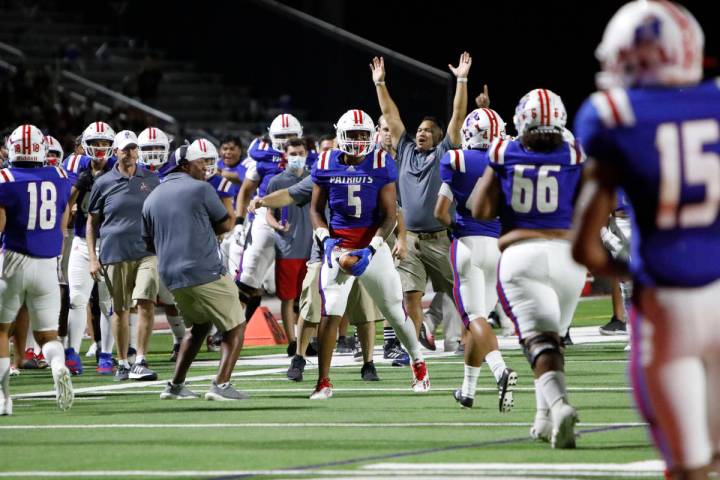 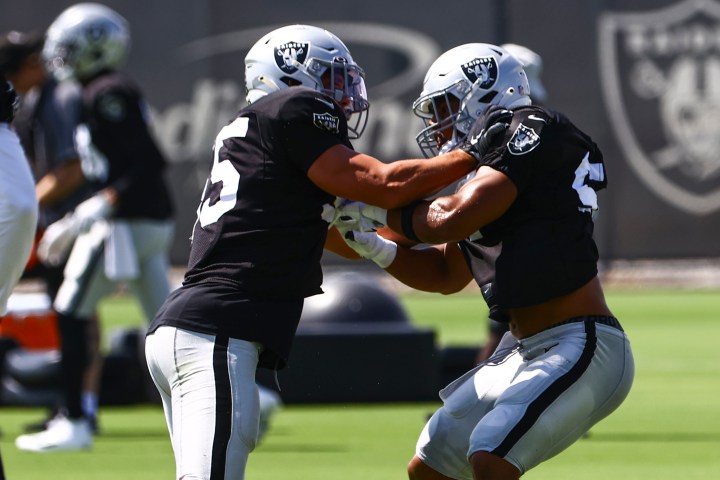 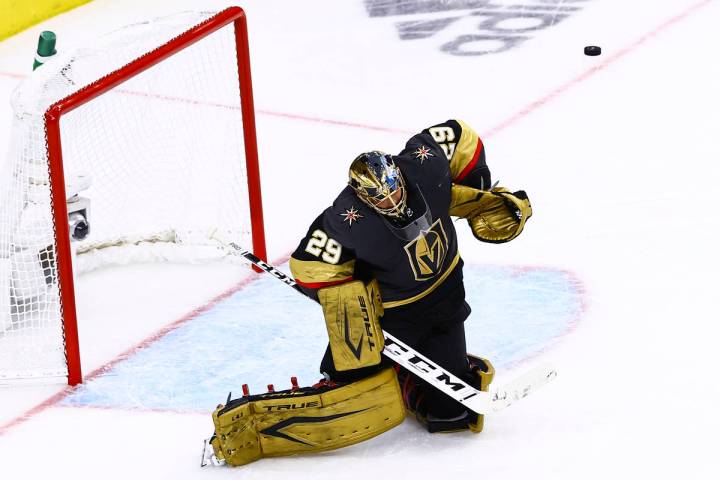 The Golden Knights’ roster underwent a significant shake-up this offseason, with Marc-Andre Fleury, the face of the franchise, and fan favorite Ryan Reaves being traded.

Raiders might be interested in K.J. Wright, but money is a factor
By Vincent Bonsignore Special to the Pahrump Valley Times

Injuries have thinned the Raiders’ depth at linebacker, and veteran K.J. Wright is still available on the free agent market, but his asking price might be too much. 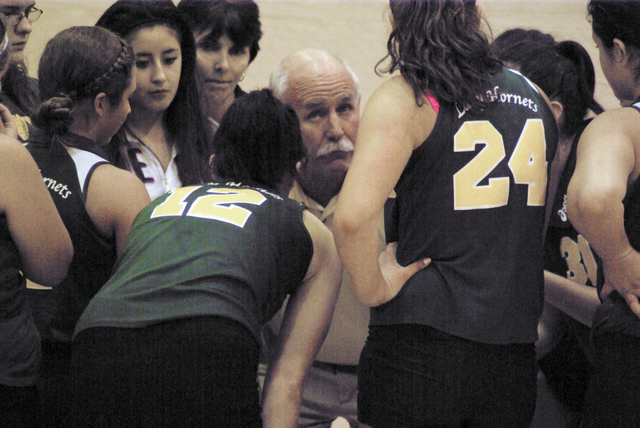 Beatty traveled to Pahrump for the Pahrump Valley Volleyball Invitational on Saturday to try out a not-so-new coach and a new team. Dale Lerbakken is the new Beatty volleyball coach this year, but has coached the team for two years prior to Steve Sullivan. Lerbakken was excited and said he would coach the team as long as they need him. He is the music teacher from K-12 and handles the Beatty High School band. 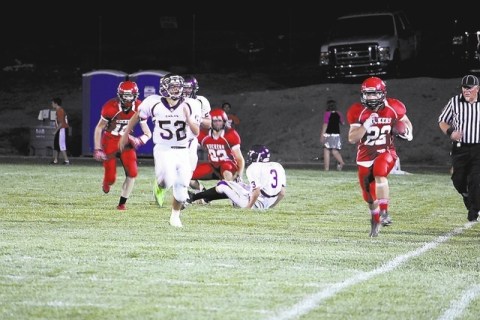 The Tonopah Muckers football team moved to 1-1 as they pummeled Lone Pine 65-46 at home. The Muckers lead running back, Matt Misener, ran for 195 yards on 10 carries and three touchdowns. 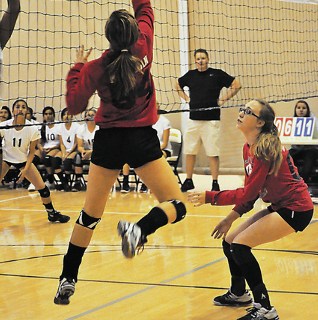 Tonopah v-ball on track to have a good year
By Vern Hee Pahrump Valley Times vhee@pvtimes.com

The Tonopah Muckers are one of the best teams in Nye County and they proved it by beating most of the teams at the Pahrump Valley Volleyball Invitational on Saturday. 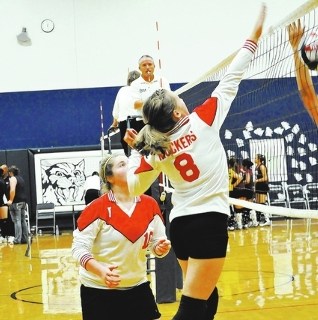 The Lady Muckers volleyball team saw action at a tournament in Ely Friday and Saturday. The team played four games on Friday and three games on Saturday and went 4-3. 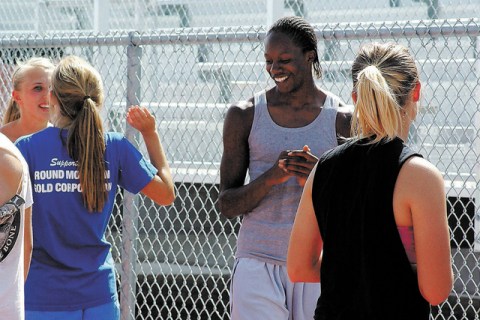 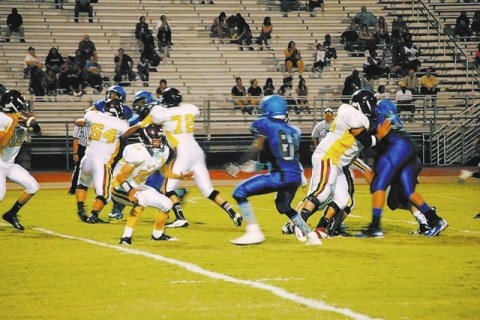 At halftime, the Desert Pines Jaguars had a 41-0 cushion over the Western Warriors. In just one half, the Jags had 280 yards to just 7 of Western. Western only made it into Jag territory two times. Desert had 24 snaps the whole game, but had gained 428 yards. This weekend the same spread offense, which dismantled the Warriors 61-0 is headed to Pahrump. 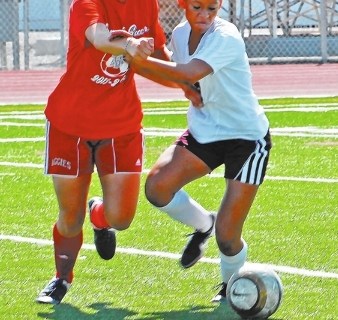 Trojans score 2 in second half for victory over Aggies
By Vern Hee Pahrump Valley Times vhee@pvtimes.com

Senior Sydney Sladek has not skipped a beat since scoring over 70 goals last year. The Trojans soccer machine seems to be unstoppable as she scored against the Arbor View Aggies with just three minutes remaining on the clock Tuesday afternoon to put the game on ice, 2-0. 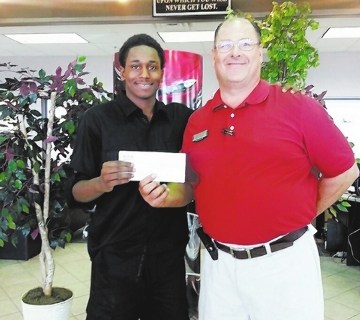 The first winner of “Kick for Cash” in a long time kicked the ball through the uprights last Friday at the Trojans/Chaparral game and won $500. The winner was junior OJ Ringo of Pahrump Valley High School. 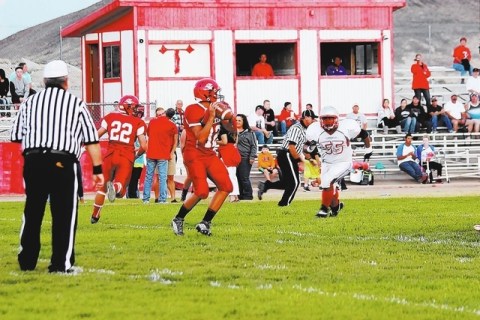 Tonopah Muckers Football put its young team to the test at the home opener on Friday night against the Thunderbirds of Indian Springs and came up short, 23-14. Muckers Coach Duffy Otteson said it was one of those games where mistakes by his own team hurt them more than the other team. 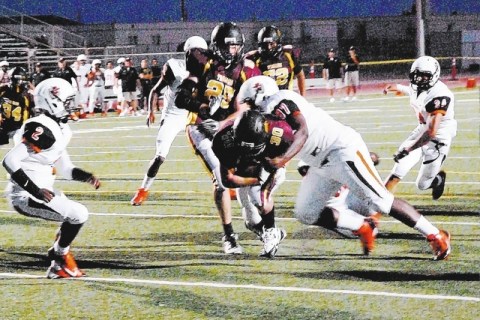 The Trojans came into the game against the Chaparral Cowboys on Friday night as the underdogs. Las Vegas Sun’s sportswriters, Ray Brewer and Case Keefer both picked Pahrump to lose. Who wouldn’t, the Trojans had not won a home opener in 5 years. The last one was in 2008 against Mountain View Christian when the Trojans were coached by Leo Verzilli with Joe Clayton as the offensive coordinator. 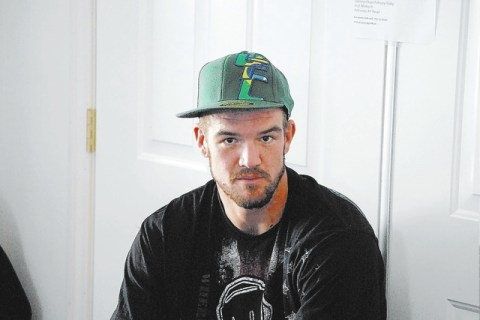 Since the times of the gladiators people have found entertainment in locking men in a cage and watching them fight to the death. Tuff-N-Uff and the UFC have found a classier way of exploiting this form of entertainment with an octagon and subtracting the “to the death” part. Fighters like Pahrump’s Brandon Schneider willingly lock themselves inside a cage with other talented and powerful fighters to see which of them is smarter on the ground and can take the biggest beating and still walk out of the ring.